Where Are All the “Strong Male Characters”?

The author of Blood Highway takes on the redundancy of the phrase "strong female characters."

By GINA WOHLSDORF • 3 years ago 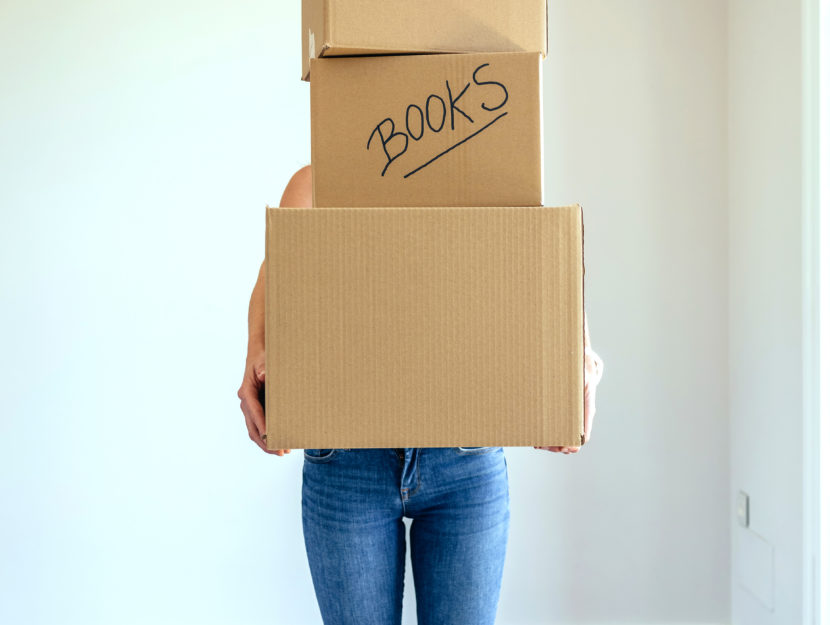 Growing up, one of my favorite things was to help people move. My father had a truck, and he was a former defensive lineman with the build of a musk ox, so he was always recruited to help lift and load. He hated it, but he always made sure to bring me along—both because he knew I loved it, and because it never failed to amaze people how much his little girl could carry.

To put this in perspective for you: my parents spent the first six years of my life begging me to eat. Anytime I had a medical appointment, the nurse would weigh me and frown at my mother disapprovingly. I looked like something a large-ish bird could swoop down and spirit away. I was mostly hair. But put me in a houseful of boxes, and I went to work. A tiny, merry elf, I’d pick up truly gratuitously sized items and schlep them where they needed to go, as adults watched me pass and wondered how my spine wasn’t snapping.

“Like her daddy,” he’d groan, picking up half a piano.

I’ve read the research about how girls reach puberty and “go into hiding” where they “lose themselves” and become “victims” of the “male gaze.” How our confidence plummets when we realize it’s a man’s world and we decide we’re doomed, et cetera. I’m not saying those theories aren’t valid. Adolescent girls’ struggles are defined by wildly confused and contradictory societal signals: don’t have sex! But be pretty! But not because you want to have sex! Or: be smart! But not too smart! And definitely don’t appear smart! Good luck!

It’s not widely acknowledged that at the same time, boys are basically conscripted into a dog-eat-dog world of competitive, unilateral goals: have sex! A lot! Or: be smart! Use your smarts to make money! So you can have more sex!

We like to pretend that when adolescence ends, it ends. There’s no more in-crowd, no more bullies, no more rumor mill. But we’re pretending. Anyone who’s paying the slightest lick of attention has to admit that being born white, male, and straight checks a lot of boxes in the world’s “yes” column. And quite basic boxes, too, as in: do you know your place in the world?

I watched the DVD commentary for 100 Days of Summer, and Joseph Gordon-Levitt said something unintentionally hilarious. When asked what he liked about the script, he said he’d seen so few romantic comedies written from the male perspective.

I almost spat out my spleen laughing. And wishing, wishing, I could have been there to reply: “Right, it must be so lonely, what with virtually every other genre in film being almost exclusively told from the male perspective. Along with history, science, politics, religion, philosophy, anthropology, psychology, sociology, all the -ologies (except maybe gynecology), literature, art, and just about any remaining classically established field of human inquiry. Thank God you guys now have a romcom. It’s finally your time.”

If you’d like to know why I’m including literature in that list, let me ask: what words are never put together in literary criticism?

But the other reason “strong male character” is never said has to do with a foundational aspect of writing: point of view. Your point-of-view character can’t be a weak character. Oh, they can be morally weak (Humbert Humbert, anyone?), they can be physically weak (one of Hemingway’s most celebrated narrators was a eunuch), but they can’t be faceless, and they can’t be objects, and they probably can’t be up in the attic the whole time (Charlotte Perkins Gilman pulled it off, but she’s just proving my point).

Men have written strong female characters, but typically, they only did so when they use a woman’s point of view. And the numbers suggest they didn’t much enjoy this. Anna Karenina and The Portrait of a Lady are the most obvious examples. Flaubert with Madame Bovary, kind of. There were Ibsen and Williams in the playwriting world, giving us Nora and Maggie the Cat. Really, there aren’t a great many more—not in canon, anyway.

These days, male authors more often take the plunge and give female narrators a try. An author I met made sure to tell me it was his female agent’s idea in order to draw more female readers, and that he considered it somewhat of a rebellion when he chose to write a woman who was a high-performing athlete.

A while back, I was browsing in my library when I happened upon a tome titled Hot Dudes Reading. I picked it up (of course I did), and it was one of those rare books that’s exactly what it claims to be: photos of attractive men lounging in various locales around New York City, reading books. I slowly went page by page to see how many of these hot dudes reading were reading books by women. Out of the 27 covers I could readily identify?

To be fair, one could argue this is a matter of mere taste. But if a commensurate book existed of hot babes reading, the statistics would be a lot different. Women read books by men. We’re trained to, from the Brothers Grimm to Wilson Rawls to Shakespeare, whereas women writing children’s books or YA often use their initials, as J.K. Rowling and S.E. Hinton did, so as not to dissuade young male readers (or young male readers’ dads).

There’s a passage in Tana French’s Faithful Place that I particularly adore, where a male narrator discusses his love for strong women. He says he’s fortunate to feel this way, since by the time you’re in your mid-20s, strong women are the only ones left.

I don’t think it’s beyond the pale to extend a similar consideration to men.

Life is difficult. If you make it through childhood and adolescence and the early adult years with your mind relatively intact, you’ve displayed considerable strength. It’s a continuum; I’m not denying that. I’m not saying everybody’s struggles are equal, but I am saying everybody struggles. And that it’s necessary to meet in the middle to relate, share, empathize. To do all those traditionally woman-ish things in order to understand each other. Until you bother with that, you’ll remain mystified by the fairer sex.

Look, I’m 5-foot-8 and I weigh 135 on a heavy day. But I’m still the first person you should call when you need help moving. 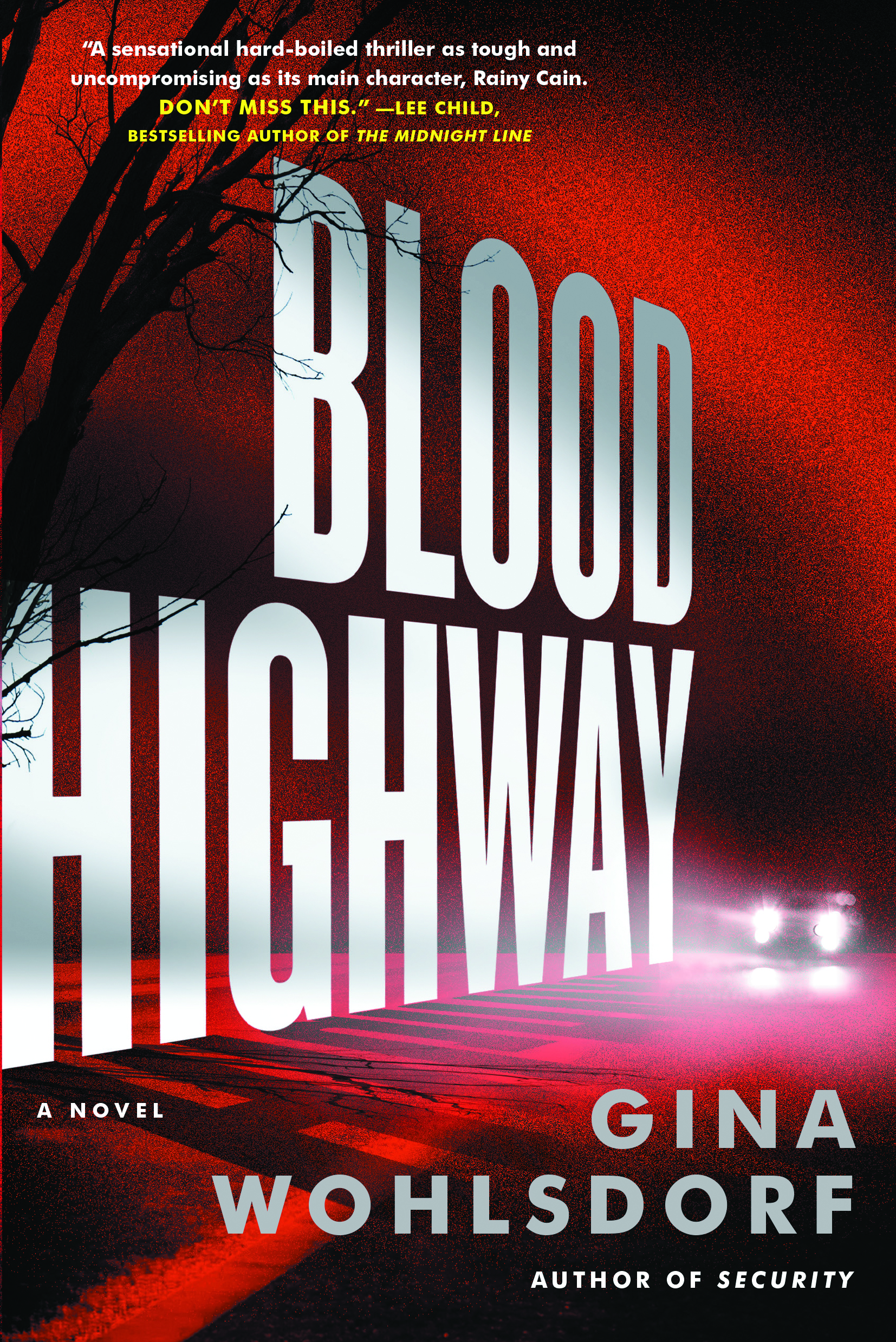 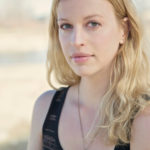 GINA WOHLSDORF is the author of Blood Highway and Security, an Amazon Best Book of 2016. She was born in Bismark, North Dakota, and graduated from Tulane University. In 2013 she earned an MFA in creative writing from the University of Virginia. She now lives in Colorado. Visit www.ginawohlsdorf.com.

GINA WOHLSDORF is the author of Blood Highway and Security, an Amazon Best Book of 2016. She was born in Bismark, North Dakota, and graduated from Tulane University. In 2013 she earned an MFA in creative writing from the University of Virginia. She now lives in Colorado. Visit www.ginawohlsdorf.com.