Spring Break at Disney World for the 21+ Crowd

The co-authors of Drinking at Disney reveal a whole new side of the Magic Kingdom.

By DANIEL MILLER • 4 years ago 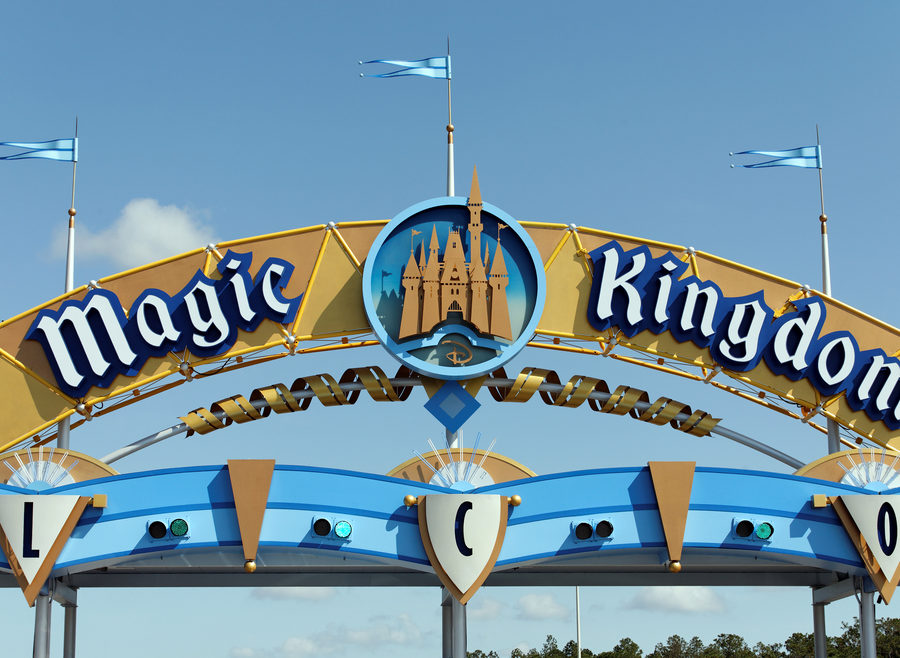 Drunky, known as Drunk@Disney on Twitter, lives up to his namesake. He’s obsessed with Walt Disney World and happens to know every bar and lounge on the property. In his new travel-cum-drinking guide, Drinking at Disney: A Tipsy Travel Guide to Walt Disney World’s Bars, Lounges & Glow Cubes, Drunky and Rhiannon, his begrudging editor, offer the best insider knowledge with over 100 in-depth bar reviews and customized drinking plans. Read it Forward asked Drunky and Rhiannon (who provides the snarky editor’s notes), to serve as our tipsy tour guides and tell us how to take a magical journey through the Magic Kingdom for the 21-and-over crowd.

Spring Break and Disney World: Two seemingly disparate escapes that are both wasted on the young. Exhibit A: A 21 year-old’s Cancun spring break: Results in matching BFF tramp stamps and questionable post-coital rashes. Exhibit B: A 10 year-old’s trip to Disney: Gets dragged around by fed-up parents, binges on over-priced hotdogs, and experiences a line to ride ratio of 10:1. What if—just hear me out for a moment—we reclaim these two timeless traditions and combine them. It’s that kind of outside the box drinking thinking that you’ll find in my book, Drinking at Disney: A Tipsy Travel Guide to Walt Disney World’s Bars, Lounges & Glow Cubes.

Located in sunny Florida, Walt Disney World already positions itself in a great location for that winter getaway vacation. Add to that over 111 bars, endless dining options, world-class resorts, and frickin’ roller coasters; I’d say move over, Vegas, Disney’s the new go-to for adult fun. Yet for reasons I can’t fully comprehend, I still find myself explaining why, as a grown man, I have a shame-free love affair with Disney. (It’s healthy, I swear.)

To help convince you, I’m going to take this opportunity to paint you an itinerary of what your kick-ass adult spring break at Disney could actually look like. I’m joined today by my Editor, Rhiannon, who, for “legal” reasons rarely lets me write anything on my own and instead trolls me throughout my own book. AKA, she’s a total buzzkill. (Editor’s note: Shut it, dude.) Anyway, if, by the end, you’re still in denial, I’ll just assume that that’s a You problem and move on with my life. Well, what are we waiting for? Let’s get this party started!

Day One: Torn between Mardi Gras and relaxation? Then check-in to Port Orleans Riverside, a sprawling green resort themed to Louisiana’s bayous and antebellum mansions. Being a chill spring-breaker, you’ve opted not to go to the parks every day. Today, you’re just going to soak in the sun at the pool for a bit, Hurricane in hand. Hell, you may even get so crazy as to take a nap in one of the hammocks so conveniently located next to its Muddy Rivers pool bar! So much safer than passing out on a beach in Daytona, yes?

)  I kid!  It looks like New Orleans’ French Quarter. (Editor’s note: Just keep your pants on, because the only thing you’ll get for flashing is asked to leave; trust me). If it’s after 4:00 P.M., you can head on in to Scat Cat’s Club where you can pick up an Abita on draft and pretend to be in a real Vieux Carre jazz club (this may require more than one beer). When you’re ready for something more bustling, hop on the boat that will conveniently take you straight to Disney Springs (formerly known as Downtown Disney).

Food and drink options abound here, and the crazy part is, most of them are genuinely impressive (way beyond your typical mediocre tourist trap). It’s pretty easy to make a whole day out of Disney Springs bar-hopping, but I have plans for you later this evening (Editor’s note: WHOA THERE!) What? Yehaa Bob’s stage show. (Editor’s note: Oh, okay, phew. Carry on.) Ahem, let’s head over to Paddlefish, where all three levels of this Mississippi River paddle steamboat-turned-restaurant feature a different bar. Head up to the roof to experience quality cocktails, fresh seafood, and a stellar view. I know it’s tempting to stick around, but let’s cash out because you’ve got a hot date back at the resort—to the boat we go!

Performing most nights at Port Orleans Riverside’s bar, the River Roost, is the ineffable Yehaa Bob. Reserve any and all judgement until you’ve seen this truly unique and impressive show for yourself.  Bob will make a believer out of you! Hit up his later show where the content becomes a bit more “mature;” I’m assuming that’s more up your alley, you sassy spring breaker, you! With the show ending at about 11 P.M., you only have about an hour left before last call, unless…

(Editor’s note: Hey, dummy, you do realize that your “Day One bullet point” has morphed into a novel vast enough to give Tolstoy penis envy, yes?  I’m going to need you to wrap this up quickly.)

What? I was just going to mention getting an Uber somewhere, or going back to Disney Springs, or…

(Editor’s note: No, I mean, you need to wrap up this entire week’s plan quickly.)

Oh. Like I said, she’s a buzzkill. FINE, here’s what the rest of your week looks like. Enjoy!

Day Two: Epcot’s World Showcase. It’s like an 11-night cruise but without the sea-sickness and sneaking alcohol in mouthwash bottles.

Day Three: Enjoy a day promenading along Disney’s Boardwalk: Just like Atlantic City’s but minus their grating clientele. Five resorts are all nestled around Crescent Lake, and they all have stellar bars, restaurants, clubs, and multiple ice cream parlors.

Day Four: For anyone tempted by an all-inclusive resort stay, I have four words: Typhoon Lagoon’s Lazy River.

Day Five: It’s your last day, so let’s take it easy with a quick safari tour in Animal Kingdom’s African landscape. Stop number one: Dawa Bar opens at 9:00 A.M., or as I like to call it, Bloody Mary Time.  Drink, explore, go home.

As you can see, even with this abridged itinerary, there’s a metric buttload of amazing Spring Break activities at Walt Disney World to cover all interests, and none of it has to involve standing in a 90-minute line for something Frozen-related.  Hopefully this has given you a taste of pixie dust potential and inspires you to learn more.  If so, check out my (Editor’s note: ahem, OUR) book for booze-fueled reviews of every single bar on property, many more (unabridged) drinking plans, maps, menus, tips, tricks, ideas, and more.  All proceeds will go to fund the stick removal surgery from Rhiannon’s—(Editor’s note: NO, THEY WON’T, AND JUST STOP TALKING).

Well there you have it, friends!  Until next time, cheers! 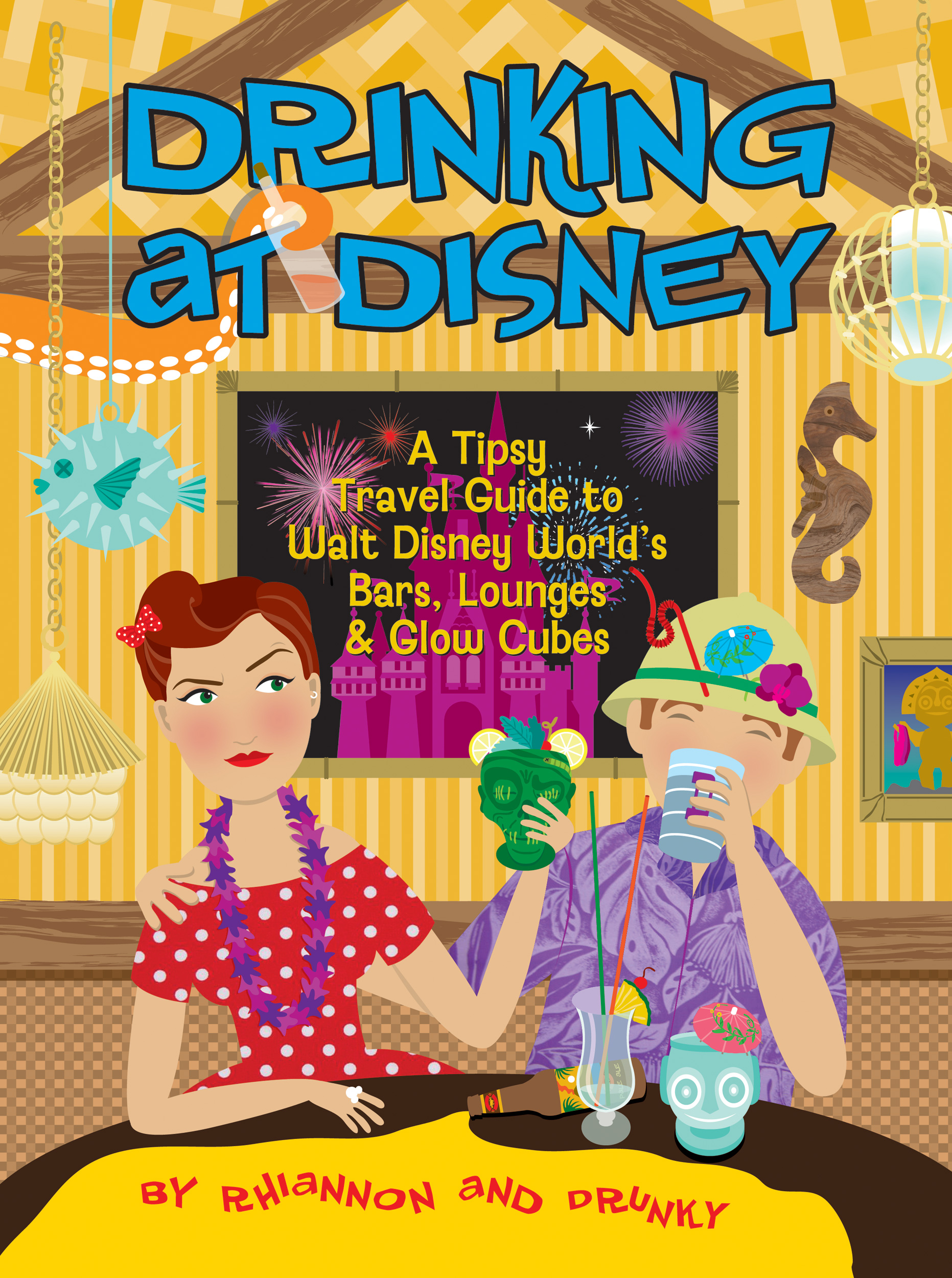 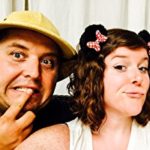