How Carl Sagan Inspired Me as a Reader

Sasha Sagan reflects on the lessons that her father taught her about reading—and life.

By SASHA SAGAN • 1 year ago 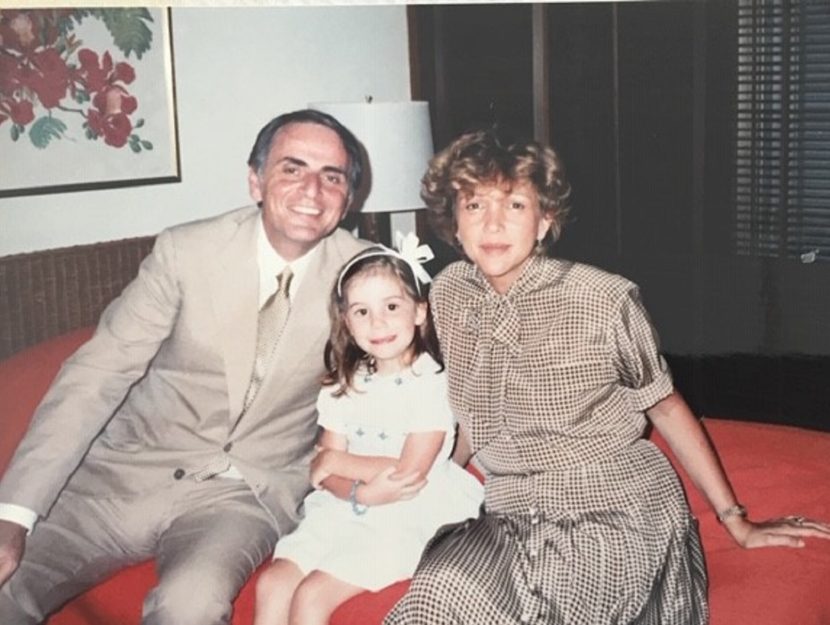 When I was a kid, my dad, the astronomer Carl Sagan, often told me about his first day as an undergraduate at the University of Chicago. It was the early 1950s. He was sixteen. (In those days, clever students regularly skipped grades.) At orientation, someone, a dean maybe, told the incoming class, “You kids think you know what you want to be, but you have no idea. So we’re going to make you learn everything.” Throughout college, they required him to take classes that had nothing to do with his major. And he felt he was greatly enriched by that.

As soon as I started school, he instilled in me the sense that “Why do I have to learn this?” or “When am I ever going to use this?” were not acceptable reactions to an assignment. Not only because it was worth knowing as much as you could, but because everything was connected. And if you stayed only within the bounds of one great intellectual pursuit, you would lose some deeper understanding, some other insight, offered by another.

My dad was a scientist, and science was his great passion, specifically astronomy. But when I picture him reading in my childhood home, I picture him with an ancient Greek or Roman classical text.

I remember his delight and enthusiasm when I was assigned The Odyssey in middle school. He wanted to know all my thoughts and opinions on it. He was eager to enlighten me on all the ways the Ancient Greeks had influenced our culture. The architecture of our capital city, our form of government, the scientific and philosophical advancements, the literature that became shorthand for the complexities of the human psyche. There was evidence for this everywhere, just barely hidden in plain sight. We lived, after all, in a town in Upstate New York called Ithaca. Named for the place to which Odysseus returned, unrecognizable, after years away.

My parents wrote about science but they incorporated their love of visual art, movies, history, literature, and poetry into their work. And they instilled the importance of all of these genres and subjects in me.

I still have the copy of the Norton Anthology of Poetry I had as a kid. It’s timeworn now, but when it was new or newish, on summer mornings when I was not in camp, my dad and I would pick out a poem, discuss it a little, and then, at the end of the day, I would recite it from memory for him.

I still have some fragments of these poems in the dusty corners of my brain. Among the few that stayed with me were the ones by Edna St. Vincent Millay. This began a kind of fascination with her that lead me to a poem called ‘What Lips my Lips Have Kissed and Where and Why’. The title drew me in immediately. It seemed so modern and romantic. It could have been the opening line of a racy PG-13 teen movie I was not yet old enough to see. Even more thrillingly scandalous to me was that the poem goes on:

I have forgotten, and what arms have lain
Under my head till morning

There is later mention of:

unremembered lads that not again
Will turn to me at midnight with a cry.

There wasn’t really any censorship in our household so the sexy element of this poem was not a forbidden subject. But what my dad wanted me to understand was the larger context, the world Millay lived in. He explained that she was writing about people she had once loved who had died in the First World War. He taught me that this poem was impossible to truly understand without a sense of the historical context. Poetry and the geopolitical history of the 20th century were connected. But it didn’t end there. Technological advancements in military weaponry, a better grasp on aerodynamics, the science of physics and medicine, determined how battles were won and lost, whose lovers perished and whose lovers survived.

I also learned that the poem itself was a sonnet, which meant that it had a certain length and rhythm to it. And that its rhyming scheme could be represented as a formula, a pattern not so different than an algebraic equation. That each line had to have the right number of syllables in order to work. There was math in the poem, too.

The deeper I went in any direction, the sooner I found how it was entwined with another, seemingly unrelated, subject.

Everything really was connected.

I write in my book, For Small Creatures Such as We, about how the divisions between subjects at school felt artificial. Different rooms, different teachers, different textbooks seemed to imply there was no relationship between art and history, science and philosophy, music and math. Like arbitrary walls that had been built to divide up a great land. My parents were adamant I see things otherwise.

During Perestroika, when he met Soviet scientists, my dad helped melt some of the Cold War tension away by asking them about their favorite Russian novels, telling them which works by Dostoyevsky and Tolstoy he treasured most. Sharing a love of literature allowed them to dismantle divisions and move a little closer to peace.

My parents both revered Frederick Douglass and often told me of how his journey into freedom was intertwined with his journey into literacy; that reading was so important, so transformative, so powerful, that forbidding it was crucial for keeping a system of enslavement and oppression in place. They once described the power of the written word this way:

Writing is perhaps the greatest of human inventions, binding together people who never knew each other, citizens of distant epochs. Books break the shackles of time. A book is proof that humans are capable of working magic.

It is this sense of magic, this idea that reading can transform us, free us, show us how we became who we are, that makes reading—reading anything, really—sacred to me.

I am not a scientist, but I like to read about science. And it reminds me of my dad, the things he taught me, the work he loved, the words he wrote with my mom. But so does reading anything insightful, anything truthful, and anything wise, because the more we know about any one thing, the more we know about everything. And the more we understand, the more connected we are to one another, even across space and time.

For even more on the incredible interconnectedness of life, hear Sasha Sagan describe it in her own words, below. 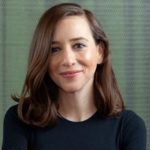 SASHA SAGAN holds a degree in Dramatic Literature from NYU. She has worked as a television producer, filmmaker, editor, and speaker in New York, Boston and London, and her writing has appeared in New York Magazine, O, the Oprah Magazine, Literary Hub, Mashable.com, The Violet Book, and elsewhere. For Small Creatures Such as We is her first book.