By Rosamund Lupton • 5 years ago

The main character in my novel, The Quality of Silence, is ten-year-old Ruby who is highly imaginative, intelligent and profoundly deaf.  The idea for Ruby began many years ago, when at nine I started to lose my hearing. At the time I didn’t realize what was happening, only aware that my teachers were cross with me for ‘not concentrating’ and that I wasn’t included in other girls’ chatter and verbal games. When I remember that lonely time I think of shoulders and backs, a feeling of befuddlement, of never quite catching what was going on and feeling tired, which I later realized was from trying to lip-read from the back of the classroom (where I’d been sent as punishment for my falling grades.) The reason no one had clocked the reason for these low grades was because of my reasonably proficient lip-reading, which I’d unconsciously learnt. It was the piercing cry of a cuckoo, which I couldn’t hear, that meant my deafness was discovered – there’s no lip-reading a cuckoo. I had an operation shortly afterwards and the hearing was restored in my left ear, leaving me only partially deaf.

Many years later, I was working on the beginnings of a story about a woman and her young daughter‘s journey across northern Alaska in winter. As I thought about the daughter I knew I wanted her to be deaf. The novel wouldn’t only be an exploration of an extraordinary arctic land, but also the interior landscape of a profoundly deaf child. I wanted her to be the main voice in the book, who would draw readers into her world and show them around and leave them the richer for it.

While I learned to speak prior to deafness, Ruby, who was born with no hearing nerves, never had any hearing and has therefore never heard her own oral voice. She refuses to try to speak with her mouth and instead chooses to communicate in sign-language. It’s useful to the story—at a critical and dangerous point she and her mother are able to talk secretly to each other in sign—but it’s also important in understanding Ruby. Instead of using a voice she herself wouldn’t be able to hear, she chooses sign language in which she is fluent and an equal participant in the conversation. 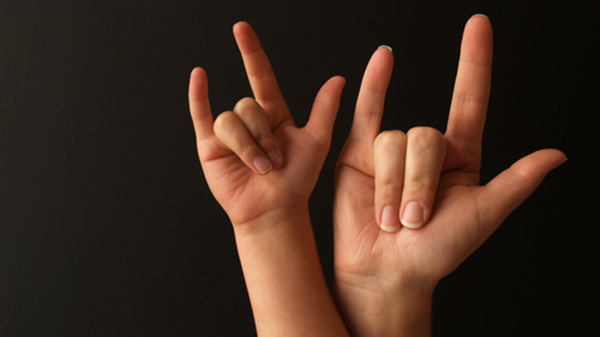 Until I researched sign language I didn’t know about its complexity, richness and beauty. British Sign Language (BSL) has its own unique construction and grammar and each country has its own different sign language. Ruby uses words from American Sign Language when she prefers them. For example, she likes the ASL sign for ‘dance’, which is making a dance floor with one hand and dancing two fingers on it from the other hand. She enjoys the ‘visual onomatopoeia’ of sign and through her I could write a little about it. For example, the sign for ‘dawn’ is made by using one arm as the horizon and a circle made between thumb and finger as the sun rising over it.

I gave a talk recently at a literary festival with a sign-language interpreter. When I said that I find sign language beautiful, everyone in the audience, hearing people included, watched her sign what I’d just said orally and the point was perfectly illustrated. She’d told me beforehand that it had taken her seven years to become fluent at signing. I find myself frequently wishing that I could sign and wondering why it’s not taught as a language in schools. Imagine the usefulness of a silent language.

I discovered that it’s not only people who are deaf and their families who use sign language. My novel is set north of the Arctic Circle, home to Inuit people, and since at least the 18th century they have used sign, including facial movements, to communicate and trade. An Inuit man, Elijah Tigullaraq, explains that raising eyebrows indicates ‘yes’ but there are subtle variations: a slight raising means slightly yes, a large movement means definitely. In sub-zero temperatures it’s useful to be able to keep the lower half of your face covered.

The terrible drawback of sign language for Ruby is that she only has one friend who understands sign and the other children at her school find her strange and are cruel to her. She experiences painful loneliness. Two thirds of young deaf people surveyed in the UK last year said they were bullied because of their deafness. Reading about their experiences vividly brought back my own. Then, as now, the noisy playground and lunch-hall are places that are hardest for deaf children to follow a conversation and join in – places where children meant to have the opportunity to make friends. 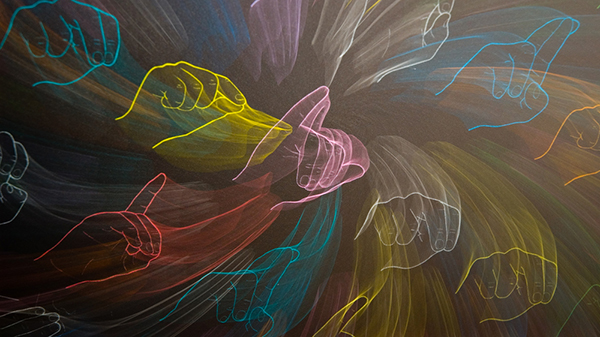 But since my time at school there has been a seismic change in how children communicate and connect with each other, at least away from school. When Ruby’s father buys her a laptop – to her mother’s worry – Ruby has access to email, twitter and blogging. She has a new way of talking to people and expressing herself – one in which she is as loud, fluent and vocal as a hearing person. One of my first readers was my audio agent, Alice Lutyens, who is herself profoundly deaf. Her wholehearted positive response to the portrayal of deafness in the novel – which meant a great deal – was given by email. It’s the way we always communicate. At one point in the book, Ruby says that she wants the typed social media world to be the real world because that’s where she can be most fully herself. The speaking-listening denouement in the novel is not when Ruby uses her mouth to talk for the first time (although she does) but when her mother learns to hear her daughter’s written voice.

Although Ruby can’t hear words she does experience language at a sensory and imaginative level, which she expresses as tweets:

ANXIETY: Looks like a chessboard with the squares quickly moving about; feels sweaty and shivery; tastes like prickly ice-cream.

Having found deafness excluding and negative as a child, I loved inhabiting Ruby’s world with her. 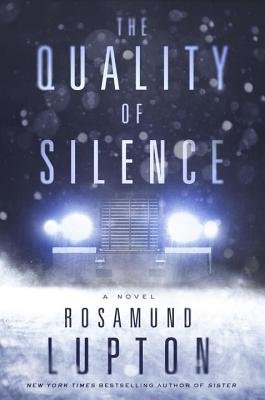 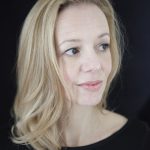 ROSAMUND LUPTON is the internationally bestselling and critically acclaimed author of the novels Sister and Afterwards. Her New York Times bestselling debut, Sister, was a New York Times Editor’s Choice and Target Book Club pick, and has been translated into over thirty languages with international sales of over 1.5 million copies. Her new novel, The Quality of Silence, is forthcoming from Crown in 2016. Lupton lives in London with her husband and two sons.

ROSAMUND LUPTON is the internationally bestselling and critically acclaimed author of the novels Sister and Afterwards. Her New York Times bestselling debut, Sister, was a New York Times Editor’s Choice and Target Book Club pick, and has been translated into over thirty languages with international sales of over 1.5 million copies. Her new novel, The Quality of Silence, is forthcoming from Crown in 2016. Lupton lives in London with her husband and two sons.