Milestones, Marvels and Me

Author Rion Amilcar Scott on the importance of black comics in his development as a writer.

By RION AMILCAR SCOTT • 4 years ago 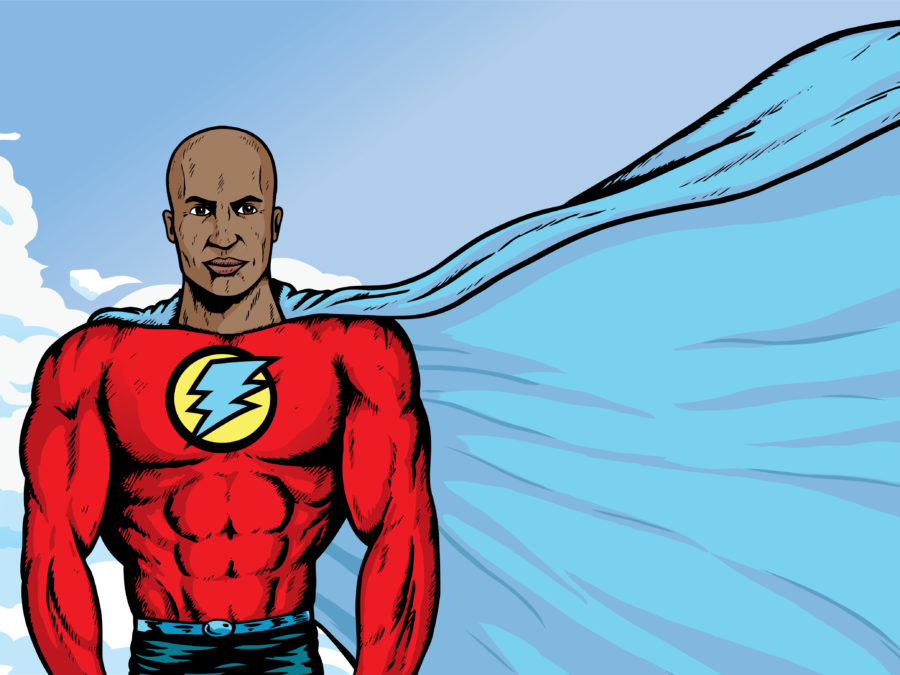 Whenever I walked into the comic book shop on Fenton Street in Silver Spring, MD as a teenager I got a feeling. It was a feeling unlike the one that passed through me when as a young boy my mother dropped three comic books into my hand out of the blue one day—Batman and Superman because I was a boy and Archie because that’s what she read as a girl. That feeling was wonder, and then excitement, and then the joy of beginning a lifelong hobby. Those weren’t just books, instead, they were jewels being handed to an innocent child. The feeling I got when walking into the comic book store was one of surveillance, one that discomforted me, made me feel dirty. The white woman behind the counter watched my every movement, doubly so when I was with friends. The store was small enough that she didn’t have to physically follow me, she did so with her eyes. She shot forth suspicion from her eyes like the X-man, Scott Summers (Cyclops), shooting energy beams at Magneto. What did I do to be made the villain? She spoke to me rudely, telling me I couldn’t scan the pages before deciding if I wanted to purchase. I certainly never stole any merchandise and neither did my friends. Being a regular face in the shop didn’t cleanse me and neither did spending my dollars to keep up with Spider-man’s exploits. And like any good comic book villain—the Joker, the Kingpin, Venom—I’d return periodically to receive brutal punishment from the hero.

I spent some time away from comic books and returned as an adult. Maybe I forgot my treatment in the shop as a child, maybe I thought things would be different since I was grown. I entered and remembered the dread. The woman was still there. I attempted to join a nerd conversation with her and some customers—it was about one of the Star Wars prequels, I recall. She watched me as if I were a talking piece of excrement in spandex and a cape and curtly dismissed my comments—a blow as devastating as any the Hulk might throw. Wow, I thought. This woman watched me grow over the years. I decided then to do what I should have done as a child: to walk out and never return.

I suppose I can’t definitively say why my approach to writing fiction is to build a world that carries on from story to story and book to book. It’s certainly not an effort to make things more easy and efficient for myself. I’d rather not have to remember the name of some street I made up in 2005 and to, worse yet, remember how it intersects with a street I made up in 2010. Still, the Cross River, MD of my story collection, Insurrections, and my other works, is as fun to me as the Marvel company-wide crossovers used to be. In those comics, characters would pop up in each others’ books to fight a common evil. Or even in any regular month, the Fantastic Four might show up to help Spider-man battle Venom. When I read the comics obsessively, Marvel (and the few DC comics I read) felt a part of an ongoing world. Cross River too feels to me like an ongoing world and I’m just recording it.

The shop on Fenton Street is still there. It has a new name, a more diverse staff, a more welcoming vibe, but back when I was a teenager there was a moment I became determined to make my escape from that comic shop for good. It coincided with what felt like a revolution to me. In 1993, while I finished up junior high, black comic creators, Dwayne McDuffie, Denys Cowan, Derek T. Dingle and Michael Davis began publishing Milestone Comics. I rarely saw myself in comic books, somehow Spider-man’s New York was as white as Jerry Seinfeld’s. Each month black characters were splashed across the front covers. The Milestone creators were determined to show that telling good stories wasn’t in opposition to presenting a diverse array of characters. There was even diversity with the diversity. Icon, an alien who took on a black form and lived through slavery, was a Booker T. Washington conservative. Static was a suburban kid with a Malcolm X cap. The Blood Syndicate, my favorite, was a group of racially diverse inner-city gangsters bound together after an accident gave them superpowers. Syndicate member Wise Son kicked Nation of Islam-inspired knowledge. Holocaust was an unrepentant criminal. Female member Brickhouse dealt with body issues. There was a member on crack. Just like in real life, the blackness of Milestone had a range.

I bought my first few Milestone books at my neighborhood shop. At some point, though, my older brother—at the time a lapsed comic reader—encouraged me to stop spending my money where I wasn’t welcome. There was a new shop he knew of in his neighborhood on Georgia Avenue in Washington, D.C. There used to be a yellow building with a striking bust of a pharaoh perched near the the top—Pyramid Books, an awesome landmark, a sign that within sits an alternative black knowledge. And in the basement was a brand new comic shop.

When my brother and I entered, I shyly looked at the books, expecting the guy behind the counter to tell me no reading as the woman at the Fenton Street shop often told me. Instead, he welcomed me. We talked Milestone.

But he’s dead, I replied.

Welcome to the world of comic books, my brother.

The comic book shop in Pyramid Books didn’t last very long. Even Pyramid is long gone now. The yellow building is now black, the bust removed. I returned to the Fenton Street shop and all its silent suspicion of me. Eventually, I stopped reading comics, only to return later, only to have them imprinted on my fiction, an indelible mark, particularly that Milestone moment that is always lighting a way for me. 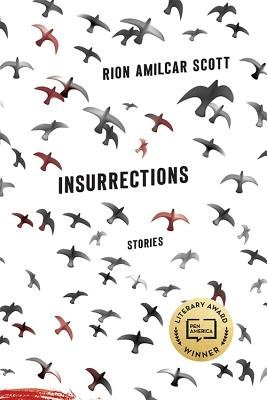 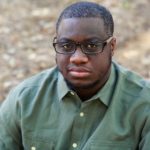 RION AMILCAR SCOTT’s work has been published in journals such as The Kenyon Review, Crab Orchard Review, PANK, The Rumpus, Fiction International, The Washington City Paper, The Toast, Akashic Books, Melville House and Confrontation, among others. A story of his earned a place on the Wigleaf Top 50 (very short) Fictions of 2016 and 2013 lists, and one of his essays was listed as a notable in Best American Essays 2015. He was raised in Silver Spring, Maryland and earned an MFA from George Mason University where he won both the Mary Roberts Rinehart award and a Completion Fellowship. He is a Kimbilio fellow. His short story collection, Insurrections (University Press of Kentucky) was published in August 2016 and was chosen for The Rumpus's Book Club. Wolf Tickets is forthcoming from Tiny Hardcore Press. Presently, he teaches English at Bowie State University.

RION AMILCAR SCOTT’s work has been published in journals such as The Kenyon Review, Crab Orchard Review, PANK, The Rumpus, Fiction International, The Washington City Paper, The Toast, Akashic Books, Melville House and Confrontation, among others. A story of his earned a place on the Wigleaf Top 50 (very short) Fictions of 2016 and 2013 lists, and one of his essays was listed as a notable in Best American Essays 2015. He was raised in Silver Spring, Maryland and earned an MFA from George Mason University where he won both the Mary Roberts Rinehart award and a Completion Fellowship. He is a Kimbilio fellow. His short story collection, Insurrections (University Press of Kentucky) was published in August 2016 and was chosen for The Rumpus‘s Book Club. Wolf Tickets is forthcoming from Tiny Hardcore Press. Presently, he teaches English at Bowie State University.