By Kevin Kwan, author of CRAZY RICH ASIANS • 8 years ago

Crazy Rich Asians is about three super-rich, pedigreed Chinese families and the gossip, backbiting, and scheming that occurs when the heir to one of the most massive fortunes in Asia brings home his ABC (American-born Chinese) girlfriend to the wedding of the season.

Kevin Kwan talks about the “Crazy Rich Asian consumer” and his years as a fashion student and spectator.

Read It Forward: You drop designer names skillfully throughout the narrative. Were you a fashion follower prior to writing Crazy Rich Asians?

Kevin Kwan: I’ve always had an interest in fashion. From a young age I developed an obsessive interest in fashion history, and later I went to Parsons School of Design in New York, originally focusing on fashion photography. I also worked for Interview magazine, where I assisted on fashion shoots and cured myself of ever wanting to be fashion photographer. I realized that working in fashion was draining my love for it, so these days I prefer to simply be a spectator.

I think that fashion has always been in my DNA – I come from a family where both the men and the women take their clothes very seriously. My grandparents were always exceedingly stylish, with an elegance and an attention to detail that you just can’t replicate anymore. And all of my mother’s clothes were tailored for her, so much of my childhood was spent tagging along at her fittings, and usually falling asleep amongst the towering bolts of fabrics.

KK: I find myself fascinated and appalled by consumerist culture, especially by the degree to which many Asian consumers have become fixated on acquiring brand name objects. I’ve personally witnessed some of the most mind-boggling shopping sprees, where someone spends more in a single day than I make in a year.

The scale of spending is absolutely unprecedented – Asian consumers now account for 70% of the international luxury goods market. When you go to Hong Kong, you see lines of people mostly from Mainland China camped outside places like Louis Vuitton and Gucci every day, waiting to rush in and buy up everything in sight. To me, there’s clearly something underlying all of this behavior. This insatiable hunger to acquire and flaunt all the trappings of wealth is a reflexive, pent up reaction to decades of suffering and deprivation under the old communist regime.

I think this phenomenon of the Crazy Rich Asian consumer is only in its infancy, and as it continues to evolve, it will be interesting to see what effect it will have on the culture at large. Because the flip side of this conspicuous consumption is that great craftsmen and artisans are being supported, and companies that might otherwise have gone under have been able to thrive.

I think that readers might be surprised to know that for the all the brand name dropping that occurs in my book, I actually go out of my way to avoid wearing anything with logos or labels, and I’m more of a minimalist at heart. For me, the ultimate luxury is having as few things as possible, and my only real extravagance is books. I have way too many books.

RIFers: What’s your favorite gossipy, fashion-centric novel? Tell us in a comment! 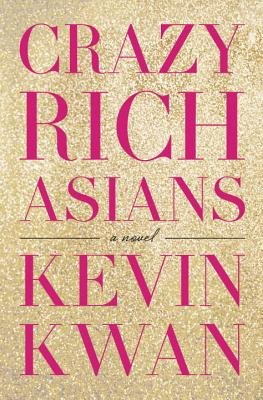 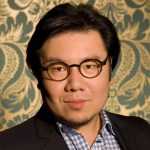 KEVIN KWAN was born and raised in Singapore. He currently lives in Manhattan. Crazy Rich Asians is his first novel. It will be available from Doubleday wherever books are sold on June 11, 2013. Visit the author online at KevinKwanBooks.com.

KEVIN KWAN was born and raised in Singapore. He currently lives in Manhattan. Crazy Rich Asians is his first novel. It will be available from Doubleday wherever books are sold on June 11, 2013. Visit the author online at KevinKwanBooks.com.