The magic of Paris is that it changes to suit you at any age. 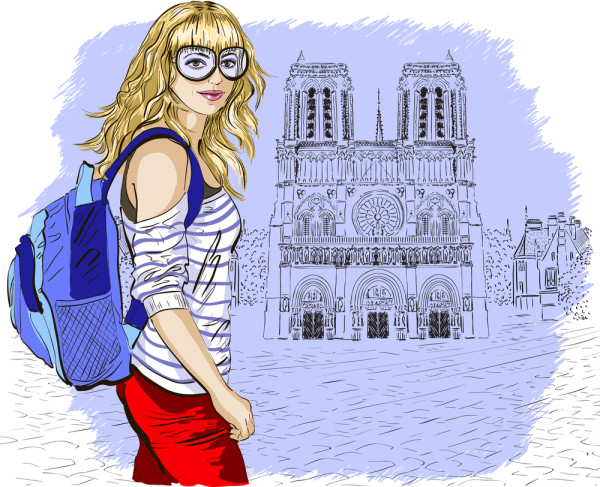 When I visited Paris when I was eight, I was enthralled by how old everything was. My grandmother’s apartment in the 17th—her entire life, really—was a glimpse into another era. I loved the tiny, rickety wood and wrought-iron elevator in my grandmother’s ancient apartment building (into which my father had once carved his initials as a child). I was dumbstruck by the centuries-old buildings and the gold-domed Invalides. In the gilded cafes, I gaped up at the ceilings, painted with ethereal clouds and cherubs, as I sipped hot chocolate from fancy cups. I loved getting dressed up and going to gleaming brasseries that appeared unchanged after over a hundred years in business. I loved how tradition reigned in all things, even the formal (albeit slightly interminable) Sunday lunches complete with heavy platters of leg of lamb. I’ll never forget the care with which the silver candlesticks were placed perfectly symmetrically back on the dining room table with the help of a ruler after being polished; or my grandmother’s labeled boxes of Hermes scarves, each identifying the season for which it would be most suitable.

When I was eighteen, it came time to venture beyond the confines of old-world Paris. Swathed in scarves and head-to-toe black, I headed off to the Latin Quarter to read great French books and scribble fervently (and, to be honest, a little endlessly) in my journal from cafés where legendary writers had done the same. I wandered and explored, happening upon jewel-like bookstores and dipping in and out of hip, bohemian shops full of colorful baubles. As I stayed out late sipping bitter coffee in cafes with friends, I rejoiced at the thought that I was shaking off my grandmother’s staid world and claiming a new city for myself.

When I was twenty-eight, my then-boyfriend (now husband) and I ran away from our cubicle jobs in the States and threw ourselves headlong into the romance of expat life in Paris. We rented a minuscule top-floor chambre de bonnes (maid’s quarters) with a big picture window facing west over the rooftops, and we reveled in the small challenges and triumphs of building a life in a new country. We felt young and carefree and ridiculously proud to be locals. Indeed an entirely new city revealed itself as we experienced it from the inside. We were delighted when our neighborhood merchants recognized us and we knew all the nearby markets’ quirky hours by heart. We felt a certain pride as we packed into the métro at rush hour when we set off to work each morning, and then ventured to hole-in-the-wall Indian restaurants in far-flung parts of the city far from the crêpe shops catering to tourists. That year in Paris allowed us to savor a heady kind of freedom that I will always remember fondly.

In my thirties, fully confident that I had the city pretty much figured out, I had the brazen idea of developing a set of fifty walks in card format. Fifty turned out to be a whole lot more than it sounded like when I first pitched the idea, and the experience pushed me to leave no stone unturned. I ventured far, far beyond the places I’d gone when I lived there, exploring spice-filled markets in the outer arrondissements, ancient off-the-beaten-path wine bars, dusty little museums tucked away in old apartment buildings and limestone quarries beneath the city, postage-stamp parks, massive basilicas, tucked-away cheese shops, and more. I had thought I had a good grasp of the city when I came up with the idea—but was floored by how much more varied and complex it was. A few years later, when I pitched a book about how famous figures have been influenced by the city, I peeled back yet more layers. As I walked in the footsteps of Coco Chanel, Julia Child, Pablo Picasso, Emile Zola, Simone de Beauvoir, Victor Hugo and Serge Gainsbourg—among others—they revealed an entirely new dimension of a city I thought I already knew.

Finally, in my early forties, I brought my own children to Paris. Could the city reinvent itself yet again? I thought this might be the ultimate test, in fact: Could this artistic and sophisticated metropolis turn itself into a dynamic and thrill-packed playground for energetic little boys? Indeed it could. This time, I found myself at mind-bogglingly high-tech exhibits at the Parc de La Villette and exploring the bugs and fossils of the Muséum national d’histoire naturelle. I embraced the joys of watching the World Cup at neighborhood sports bars and found myself marveling not at real cathedrals but at a large replica of Notre Dame made entirely out of chocolate. I sat in the Place des Vosges and watched my boys hang from the monkey bars; I ordered ice cream from every vendor in the city.

And therein lies the true magic of Paris. It is a city that delivers again and again, teaching me something new every time I go and revealing new facets of itself with each visit. I believe that it is these layers that make it so compelling. And that may just be its secret. Whether you are young, old, in love, alone, lost, found, seeking truths or running away, artistic or intellectual, an epicure or an academic or a wanderer, Paris has the depth and dimension and soul to meet you wherever you are and give you just what you need. 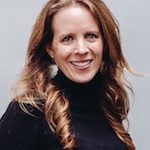 CHRISTINA HENRY DE TESSAN is the author of Forever Paris: 25 Walks in the Footsteps of Chanel, Hemingway, Picasso, and More; City Walks: Paris, and several other City Walks decks. She now lives in Portland, Oregon, where she is the VP of editorial at Girl Friday Productions, an editorial and book production agency.