One Author’s Thoughts on Paying It Forward

Even during the most divisive of times, quiet generosities thrive.

By Sarah McCoy • 3 years ago 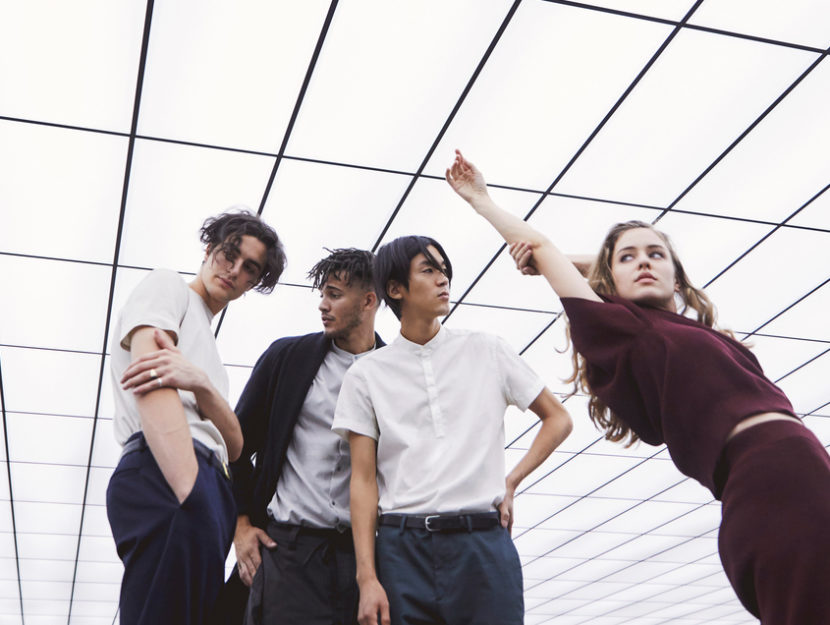 I lived the first half of 2017 in Chicago, a liberal city where a majority of my neighbors eagerly waved their flags in support of women’s equality, arts endowments, care for the needy, provision for the sick, faith in humanity, and so forth. But even in that sociable community, I heard the whispers of doubt following last year’s presidential election.

We became suspicious of each other, critical of family, and unsure of our leaders. We suddenly loved or hated people we’d never met depending on their car’s bumper sticker. Blue against Red. North against South. Elephants and Donkeys run amuck. To top it off, bigotry marched, hurricanes blew, floods rose, forests burned. Who could blame the moon from shielding the sun? “Don’t look. It’s bad down there.”

In August, my husband and I moved to North Carolina. I’d never lived that far into the Bible Belt. White supremacists in Virginia were being interviewed on primetime news so we could “understand.” Everything I thought I understood about the South seemed to have changed. It worried me.

I had to make the move ahead of my husband while he completed his Chicago job, so my parents came to help me do the drive. All of our furniture and boxes were loaded into the truck. We packed our Jeep so tightly that in order for me to get out, I had to swing my legs over my dog Gilly’s kennel, sandwiched between the seat and a bag of refrigerated leftovers.

It was an 11-hour road trip from Illinois to North Carolina. I’d flown in an airplane for longer and under stricter TSA constraints. Gilly, too. This was a piece of cake. We’d wake up in one hometown, drive 700 miles, and go to sleep in our new one. A single Saturday to make a life change—a blip in the continuum of history. Off we went.

True to the forecast, the weather was good and traffic was light. We stopped whenever we needed to stretch our legs and ate from our favorite drive-ins. Seven hours flew by without us turning on the radio or scrolling on an iPad. We talked, caught up on life, read each other stories from magazines, and marveled at the American countryside rolling by.

Twilight fell as we wound our way through West Virginia. The mountains threw shades of misty violet. It was beautiful, but we joked that we wouldn’t be staying long enough to hear dueling banjos by firelight. A classic film devotee, I was quick to point out that Deliverance was set in Georgia, not West Virginia. The trivia fell on deaf ears as we passed a billboard picturing two dilapidated masquerade masks cackling: “Come to the Mardi Gras Casino & Resort—next exit!”

“Glad we don’t have to stay there,” my mom said. We all laughed.

Suddenly, an emergency light came on the Jeep’s dashboard. My dad is a mechanical engineer and a car genius; he’s also a retired Army Ranger. So when he said, “This is bad,” we understood that our joy ride had fast become a rescue mission.

We pulled off the highway, and my dad slipped out to check under the hood. The car’s battery was dying. The alternator was giving out. We had to get somewhere safe to spend the night, or risk being stuck on the side of the dark, West Virginia road.

I could see the novel’s pitch line: Psycho meets The Shining at the Mardi Gras Resort. I was determined we would not be characters in a horror story and argued that we push on. Against the haze of nightfall, I could make out the luster of something city-like a few miles ahead.

We drove. The headlights dimmed. The alternator whined. Our pace slowed. Gilly panted in his crate. The air-conditioning was shut off to conserve power; we needed every bit to crest the hill. When we did, we cheered—but it was a short-lived celebration. Three nuclear power smokestacks welcomed us to Nitro, West Virginia.

Desperate, we found a hotel that didn’t give off a murderous vibe and booked a room. The next day was Sunday, and the hotel receptionist explained that everything would be closed. Still, my dad stayed on the phone until the wee hours trying to find a local repair shop on the off-chance that someone might hear our plea and deliver us. None of us got much sleep.

At dawn, we were ready for a long day with a high probability of ending up right back where we started. Puffing on fumes and spasms of electricity, our car made it to the only open garage. Inside, we met a local mechanic with an Appalachian accent so thick, the words strung together sounded like bluegrass.

“Yup, battery’s dead. Blew through the alternator, too.” He could easily swap the battery, but the alternator was an intensive repair. “I got a neighbor. Hold tight, y’all. We’ll take care of you.”

I kept waiting for the other shoe to drop: for calls to go unanswered on the Sabbath; for the part to be unavailable in the rural hills; for someone to take offense to my feminist stickers; for them to hear our city slicker accents and judge us undeserving of grace.

Within an hour, the mechanic located an alternator on one side of town and called his neighbor on the other. (Top to bottom, Nitro was five miles large.) All converged on his shop’s gravel parking lot.

“I’m sorry this happened to you folks,” they sympathized. They removed our old, broken parts and replaced them with new ones, while telling us stories about their lives and taking an interest in ours. They were friendly and caring; generous with not only their time and talents, but their hospitality. Such kindness toward strangers seemed a thing of the past, yet here it lived and breathed.

Over the course of the morning, they became something akin to friends—saving angels, at the very least. Minus the cost of parts, they were shy to ask for service payment. We insisted. Emptying our wallets had never felt so right. That’s the thing about kindness: it’s catching.

Now, as we gather around our tables and reflect on the past year—violence in Charlottesville, Las Vegas, New York, Texas, and more; unspeakable hurricane devastation; a once-in-a-century total eclipse of the sun—sure, it might read like an apocalyptic novel rather than reality. But Nitro proved to me that there are good people doing good things. We don’t often hear about them in the headlines or nightly news. Their quiet generosities can’t compete with the exclamation points of tragedy.

I hope to pay it forward by sharing this story. Readers have a right to a balanced account of our national experience; it’s not all acts of terror and warring politics. We need to hear that goodness is abiding and appreciated. So, to the fine folks in West Virginia, I say thank you, and thank you to all those who follow suit every day without being recognized. No matter how we differ, everyone is deserving of respect and compassion. Strangers and neighbors, we’re all in this together. 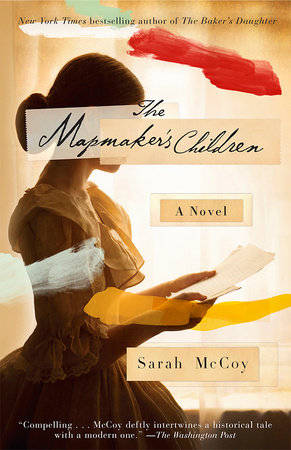 SARAH McCOY is the New York Times, USA Today, and international bestselling author of The Mapmaker’s Children; The Baker’s Daughter, a 2012 Goodreads Choice Award Best Historical Fiction nominee; the novella “The Branch of Hazel” in Grand Central; and The Time It Snowed in Puerto Rico. Her work has been featured in Real Simple, The Millions, Your Health Monthly, Huffington Post, and other publications. She calls Virginia home but presently lives with her husband, an Army physician, and their dog, Gilly, in El Paso, Texas. Connect with Sarah on Twitter at @SarahMMcCoy, on her Facebook Fan Page, Goodreads, or via her website, www.sarahmccoy.com.