The author of In the Name of the Family rectifies and rewrites Lucrezia Borgia's bad rap.

By SARAH DUNANT • 4 years ago 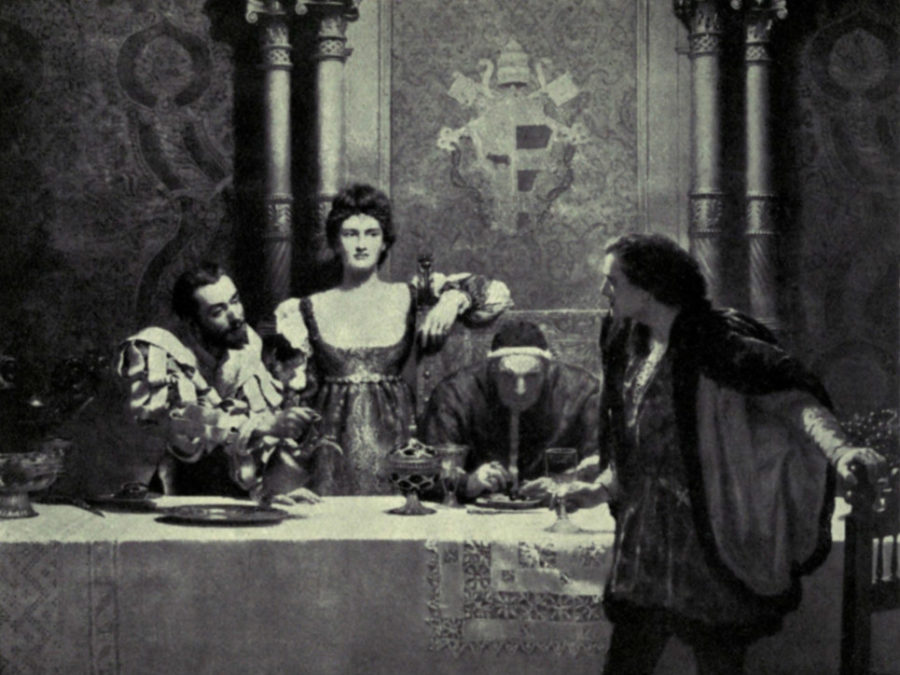 Bestselling novelist Sarah Dunant has long been drawn to the high drama of Renaissance Italy: power, passion, beauty, brutality, and the ties of blood. With In the Name of the Family, she offers a thrilling exploration of the House of Borgia’s final years, in the company of a young diplomat named Niccolò Machiavelli. Here, in honor of the recent International Women’s Day, she corrects the way history remembers Lucrezia Borgia.

Imagine history as an enormous pointillist painting, the whole swirling chaos of the past represented through millions of colored dots. Close to, it makes little sense, but step back and your eye finds shape and meaning, an epic narrative that sets out to explore and explain the journey so far.

Except that for the longest time there was so much missing from it. And the most egregious absence was that of women. Up until as little as sixty or seventy years ago while there were queens, mistresses of kings, a few saints, witches, female revolutionaries and a clutch of heroines—usually nurses or troublemakers—the smell lifting off the paint was predominantly that of male sweat and male aftershave.

Now, thanks to generations of historians and writers (the majority of them women), the picture is changing dramatically. It’s far from finished—you could make exactly the same argument from the perspective of race—but we’re getting there.

On this most recent International Women’s Day though, I want to highlight a figure that’s been on the canvas for centuries, but a dot so badly painted that she is virtually unrecognizable from the truth.

Her name is Lucrezia Borgia.

You will almost certainly know her by the colorful insults that have dogged her throughout history: wicked, siren lovely, lascivious, incestuous and murderous, with a predilection for poison. Some of that slander started in her lifetime, then rolled effortlessly on; a novel by Victor Hugo, an opera by Donizetti, sensational films by deservedly forgotten directors, right up to a recent television series which painted her as a bright little vixen, pulled inexorably into the arms of her handsome brother.

But for the sake of truth, a beleaguered commodity in this time of Trumped up fabrications, I offer now a more nuanced, though no less extraordinary, story of her life.

Lucrezia’s father, Rodrigo Borgia, was a cardinal and vice-chancellor of the church when she was born (the rules demanded celibacy, but word proved blurry when it came to chastity). His only daughter by a long-term mistress, she was adored, educated and protected, but her childhood ended in 1492 when he became pope and the Borgia project of dynasty-building began in earnest with her marriage. She was thirteen years old.

By twenty-one, she was onto husband number three. Number one lasted only a few years (they needed her for a new alliance), the marriage annulled on the grounds of his impotence, despite the fact that his earlier wife had died in childbirth. In furious revenge, he announced that he had “known her an infinity of times and that the pope only wanted her back for himself.” Thus the slander of incest was born and sixteen-year-old Lucrezia became “the greatest whore in Rome.”

Husband number two was the illegitimate son of the King of Naples. Their union was sweet but violently short. She gave birth to a son and showed herself to be politically capable, acting as governor for two papal towns, even running the business of the Vatican while the pope was away. For a while during this time, her life lights up with joy. But Naples falls out of favor and since annulment can’t do the job this time, her jealous, psychopathic brother, Cesare, takes matters into his own hands. Her husband is attacked in the streets and then, as he lays wounded in a Vatican bedroom, is finished off by Cesare’s bodyguard.

Engulfed by grief, the dutiful daughter starts to rebel. To survive her family, she needs to find a dynasty as powerful to protect her. When a union with the old house of d’Este in Ferrara is mooted, she does everything she can to make it happen, though she knows she will not be allowed to take her son with her. In 1501, she leaves Rome, never to return.

Her battles are not over. In Ferrara, she finds a miserly father-in-law and an indifferent, philandering husband. She charms both, surviving malaria and miscarriage to become duchess of the city, securing herself a place long after the Borgia project fails. She alone carries on the family line; she runs a vibrant renaissance court, takes over the reigns of government when her husband goes to war and even manages a love affair or two of her own. Later she becomes quietly religious, protecting and endowing convents, and when she dies, painfully young at 39 in childbirth, she is mourned by the whole city.

This, then, is the real Lucrezia Borgia: resilient, brave, clever and adaptable—a woman for all seasons. No poison, no incest, no siren seduction (it’s just as easy to damn women as ignore them), merely a remarkable story of survival, proof that whatever life delivered, many still triumphed over the huge odds of history. As we celebrate and reflect on International Women’s Day 2017, Lucrezia’s repainted dot, along with many others on the canvas, is evidence that not only is feminism changing the present, it is also changing the past. 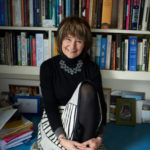 SARAH DUNANT is the author of the international bestsellers The Birth of Venus and In the Company of the Courtesan, which have received major acclaim on both sides of the Atlantic. Her earlier novels include three Hannah Wolfe crime thrillers, as well as Snowstorms in a Hot Climate, Transgressions, and Mapping the Edge, all three of which are available as Random House Trade Paperbacks. She has two daughters and lives in London and Florence.

SARAH DUNANT is the author of the international bestsellers The Birth of Venus and In the Company of the Courtesan, which have received major acclaim on both sides of the Atlantic. Her earlier novels include three Hannah Wolfe crime thrillers, as well as Snowstorms in a Hot Climate, Transgressions, and Mapping the Edge, all three of which are available as Random House Trade Paperbacks. She has two daughters and lives in London and Florence.