On What Moves the Stars

The connection between Dante and grief.

By JOSEPH LUZZI • 5 years ago 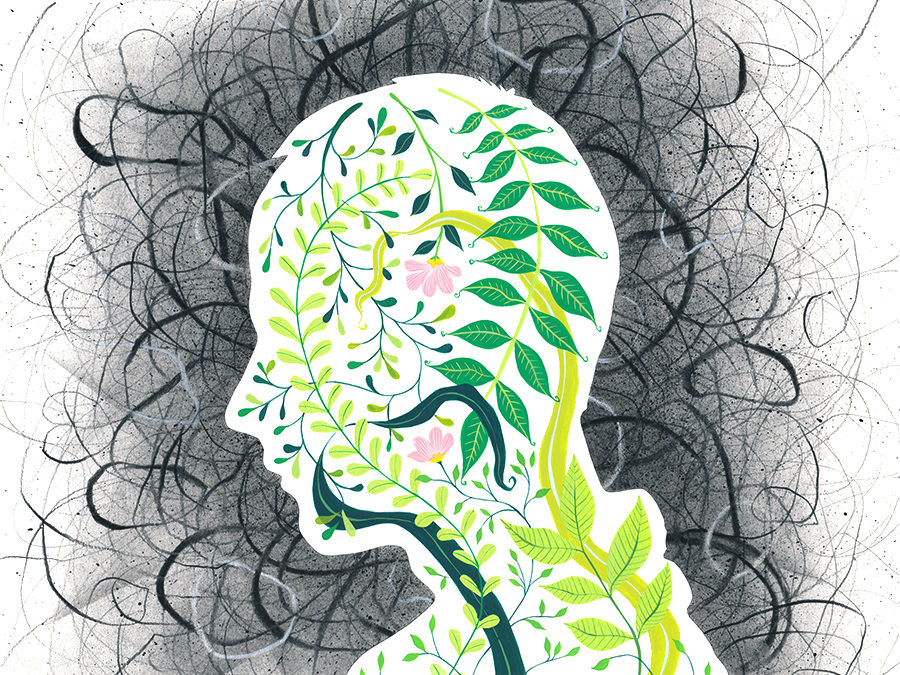 As part of my recent book tour, I was invited to speak on a panel called “Coping with Grief.” Besides worrying that the title would scare people away, I struggled with the topic. By that point, late 2015, I no longer identified myself or the book I had written, In a Dark Wood: A Memoir (HarperCollins), with grief—a strange thing to say about a work that had the word grief in the subtitle to its hardcover edition (What Dante Taught Me About Grief, Healing, and the Mysteries of Love). And even stranger when you consider that, for years and for its first hundred or so pages, In a Dark Wood dwelt in the pain that follows the sudden death of a loved one, my late wife Katherine, who died tragically and suddenly in a car accident in 2007. I felt a bit like Louis at the end of Casablanca, when he orders that Rick’s Café be shut down on account of gambling—just before he’s handed his night’s winnings.

So what had happened, to make the word that had inspired my book suddenly feel so awkward? Life, of course—and a quotation I came across by chance.

I have been teaching literature for over twenty years, yet when I read this quotation from Dostoevsky’s The Brothers Karamazov it threw me into a tailspin. What do you do with a statement like that? The words came from the Elder Zosima, a spiritual mentor to the youngest—and most innocent—of the Karamazovs, Alyosha, as he prepares to leave the safety of his monastery for the wider world. Don’t think you’re better than others just because you are a monk, Zosima warns—in fact, remember that you’re worse, because you chose to shut yourself off from society in the first place. As for joy, Zosima explains, it is everywhere—in nature, in other people, inside us. There’s nothing cheap or facile about his advice; it comes from a full understanding of the sorrow and suffering each of us will endure. And yet paradise remains at our fingertips.

I read these words after completing the last part of In a Dark Wood, which I instinctively refused to label with anything that smacked of heaven. I didn’t want to seem foolish or presumptuous enough to suggest that anything I wrote could approach the overwhelming majesty of Dante’s final canticle, Paradiso, one of the summits of human creativity. And my book wasn’t traditionally “religious” like Dante’s poem anyway. I ended up naming the final section “One Thousand and One” because it implied a fluid, changing state: in the great Arabian story collection that inspired my choice, the narrator Scheherazade spins one tale after another to keep the number of her pages growing and herself alive. That image of living day by day, story to story, seemed the perfect way for me to end a book about a journey out of hell and through purgatory—but with nothing of Dante’s monumental sense of closure, as the Paradiso ends with his coming face to face with God. A mere mortal, I had used up my hour with the angels long before writing the book, when I stood in that rainy Detroit cemetery and watched Katherine’s body being returned to the earth. I didn’t dare tread on Dante’s celestial literary ground.

Then I read Zosima’s words: life is paradise. Maybe you don’t have to travel to Dante’s Christian heaven to taste eternal bliss. Maybe Dante’s poetry was in itself an example of this divine love incarnate.

Zosima describes himself as a holy fool: after all, nobody in his right, rational mind would ever see our time on earth as a gateway to perfect bliss. To get to this state, you need to go beyond reason and take a leap of faith. Your only means is the same one that brought Dante to God and vanquished the pain of his exile: l’amor che move il sole e l’altre stelle, the love that moves the heavens and all the other stars. Whether you locate it in heaven or earth, paradise is unconditional love—our most powerful expression of what Dante believed to be God’s ultimate gift, free will, and the one thing that truly connects us with the eternal.

Now that my book is written, I’m blessed to find myself with a loving wife and two beautiful children. I’m way too superstitious—a child of ancient, fatalist Calabria, after all—to call anything I have a paradise on earth. But I do know unconditional love. Reading Dante was never just a means to an end: getting over Katherine’s death, getting on with my life. His verse, his voice, was an end in itself.

Should it ever happen that this sacred poem,
to which both heaven and earth have set hand,
so that it has made me lean for many years,
should overcome the cruelty that bars me
from the fair sheepfold where I slept as a lamb,
an enemy to the wolves at war with it…

These words of Dante’s once defined my sorrow, as I struggled to get back to a version of the life I had with Katherine. Now I hear their sounds—that languid hum of bello ovile, “fair sheepfold”—and understand that these words were a shelter that protected me as I struggled against sudden death and the fury of grief. This sacred poem gave me life when all I saw was death, through a voice that somehow reached me across seven centuries of time and light years of cultural difference. To write something as Dante did, to capture paradise on a page, is one of those acts of unconditional love that, from a mortal hand that somehow found a way to move the heavens and all the other stars. 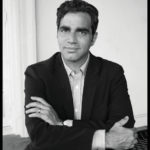 JOSEPH LUZZI, the first American-born child in his Italian family, holds a doctorate from Yale and teaches at Bard. He is the author of My Two Italies, a New York Times Book Review Editors’ Choice, and Romantic Europe and the Ghost of Italy, which won the Scaglione Prize for Italian Studies from the Modern Language Association. An active critic, his essays and reviews have appeared in The New York Times, The Los Angeles Times, Bookforum, and The Times Literary Supplement. Dante has been the focus of his teaching and writing for over twenty years, and honors for his work on Dante include a teaching prize from Yale and an essay award from the Dante Society of America.

JOSEPH LUZZI, the first American-born child in his Italian family, holds a doctorate from Yale and teaches at Bard. He is the author of My Two Italies, a New York Times Book Review Editors’ Choice, and Romantic Europe and the Ghost of Italy, which won the Scaglione Prize for Italian Studies from the Modern Language Association. An active critic, his essays and reviews have appeared in The New York Times, The Los Angeles Times, Bookforum, and The Times Literary Supplement. Dante has been the focus of his teaching and writing for over twenty years, and honors for his work on Dante include a teaching prize from Yale and an essay award from the Dante Society of America.
[email_signup id="4"]
Great! You've signed up successfully!
We are experiencing an error, please try again.