Mexico Through the Eyes of Expats

By JOSH BARKAN • 4 years ago 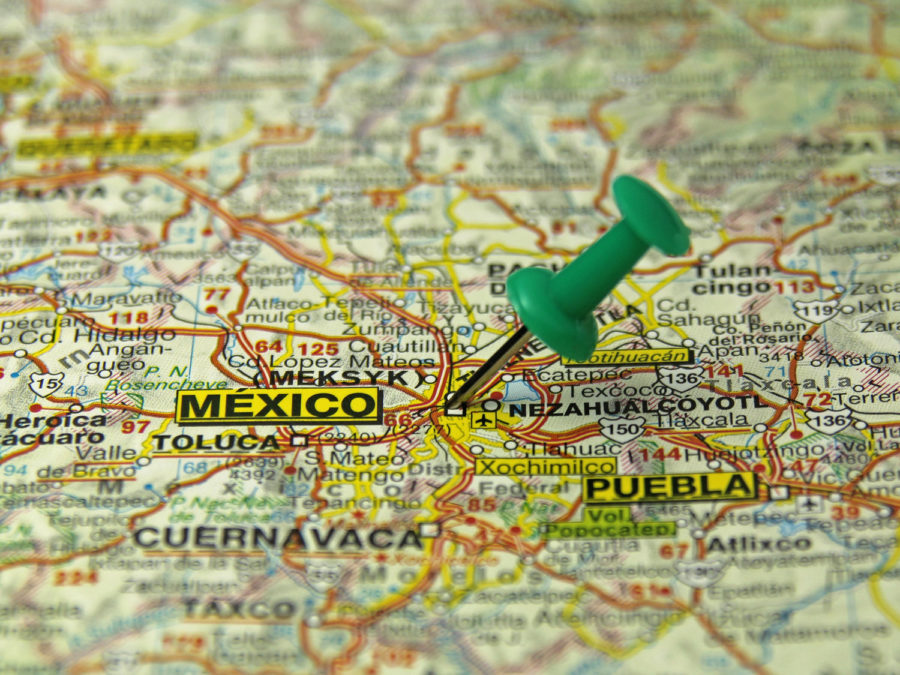 As the U.S. prepares to extend the wall along the Mexican border, to keep Mexicans out, more and more American citizens have moved to Mexico. Thousands of expats have made their home along Lake Chapala and in San Miguel de Allende. It is estimated that one million U.S. citizens live in Mexico, many of them retirees. But many younger visual artists and writers have found living in Mexico preferable to living in the U.S.

In 1923, the great American photographer Edward Weston moved to Mexico City, where he set up a studio with his assistant and lover Tina Modotti. Robert Brady, a longtime friend of Peggy Guggenheim, made posters and oil paintings in Cuernavaca while collecting numerous works by Frida Kahlo. And British-born Leonora Carrington produced significant surrealist oil paintings as an adult in Mexico.

For myself, as a writer of fiction, I landed in Mexico planning to just pass through, but I stayed two years, meeting my wife in Mexico City, and I continue to spend four months a year there, with my wife’s family. She is a Mexican painter. Most of my friends in Mexico City are Mexican, but a significant number are American writers such as David Lida, the British photographer Adrian Mealand, U.S. painter Bradley Narduzzi, and literary translator Michael Parker.

The Writers’ Conference in San Miguel brings together authors, editors, and literary agents. Expat writers have lived in San Miguel since the mid-twentieth century. The Beat poet Neal Cassady died by the railroad tracks outside of town. 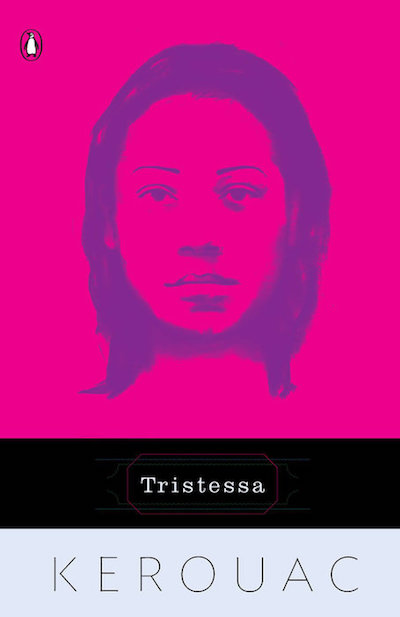 A few significant literary works stand out by U.S. and British authors who spent significant time in Mexico. For the Beats, Mexico was a place for drunken exploration, having fun, and discovering themselves. Jack Kerouac visited Mexico a number of times in the ‘50s and ‘60s. He took drugs, drank, wrote, and had sex, sometimes feeling that he was having “mystical” moments. He often romanticized the people he met and described in Mexico. As David Lida has indicated, a number of great U.S. and British authors wrote their worst work based on trips to Mexico, falling into stereotypes of the “evil, horrible Mexicans,” such as D.H. Lawrence, or “marvelous, innocent doe-eyed Mexicans,” by writers such as John Reed in Insurgent Mexico, or Kerouac in On the Road. Kerouac once called Mazatlán “the city of innocence.” Still, Kerouac was one of the pioneering U.S. writers in Mexico, and in his novella “Tristessa,” he writes well about a Mexican prostitute. This is a love story between an American and a drug-addicted prostitute. Allen Ginsberg described “Tristessa” as “a narrative meditation studying a hen, a rooster, a dove, a cat, a chihuahua dog, family meat, and a ravishing, ravished junky lady, first in their crowded bedroom, then out to drunken streets, taco stands, & pads at dawn in Mexico City slums.” 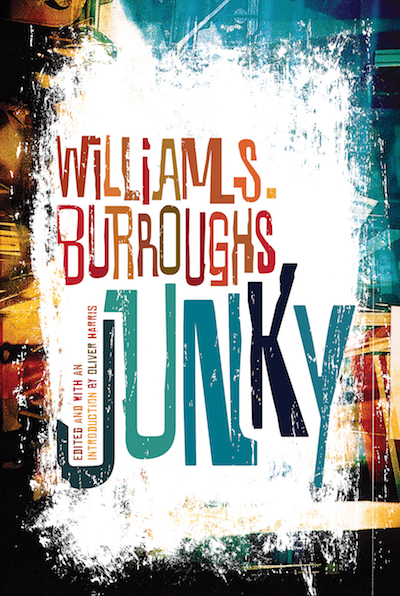 William S. Burroughs moved to Mexico City in 1949 to avoid drug charges in New Orleans. Kerouac visited Burroughs in the neighborhood of La Roma, in Mexico City, in 1952. Many Beats lived in Mexico City at the time, and they gathered around the Plaza Luis Cabrera to eat good food and drink. In his novels Junky and Queer, Burroughs writes significant sections set in Mexico. Junky is Burroughs’ first novel. Here he fictionalized his experiences using and peddling heroin and other drugs in the 1950s. The protagonist of the novel, Bill Lee, see-saws between periods of addiction and rehab, using a menu of substances including heroin, cocaine, marijuana, paregoric (a weak tincture of opium) and goof balls (barbiturate). As David Lida notes, “I love the Mexico City parts of Junky and Queer but they were clearly written by someone swimming in drug-induced paranoia.” 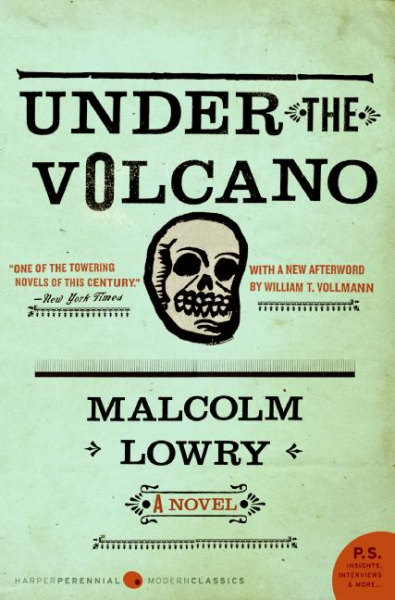 The British novelist and poet Malcolm Lowry wrote a very different kind of novel, Under the Volcano, widely considered one of the great novels of the twentieth century. The book chronicles the last day in the life of the British Consul to Quauhnahuac, Mexico. The surface story recounts how his ex-wife, Yvonne, and his half-brother, Hugh, try to pull him from the alcoholic funk he’s fallen into, and in the course of the day, they visit several locations in and around Quauhnahuac. Inspired by Joyce, Lowry’s book has several parallels with Ulysses. Except for the first chapter, it all takes place in a single day—November 2, 1938, the Mexican holiday called the Día de Muertos. Unlike the stereotypical portrayal by the Beats, Lida notes, “Lowry is the only one I can think of who writes his Mexicans as ‘us’ rather than ‘them.’” 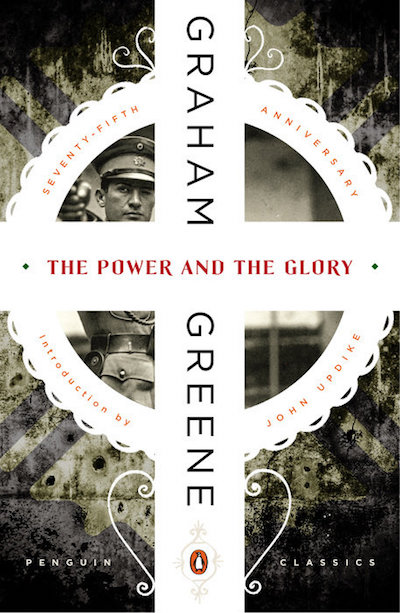 Graham Greene’s novel, The Power and the Glory, is a must read of books by foreigners set in Mexico. John Updike called the book Greene’s “masterpiece.” It is about a Roman Catholic priest struggling with his faith and intense guilt while trying to elude the forces of a government that has declared his religion illegal. In a poor, remote section of Southern Mexico, the paramilitary group, the Red Shirts have taken control. God has been outlawed, and the priests have been systematically hunted down and killed. The protagonist, the last priest, is on the run. While many Mexicans believe the book gets the history of Mexico wrong, the writing in the book is universally praised.

With a whole new generation of expats living in Mexico, there is now the beginnings of a new round of fiction documenting the effects of the violence of the drug wars, but with fewer of the stereotypes of Mexicans found in the works of expat writers from the twentieth century. 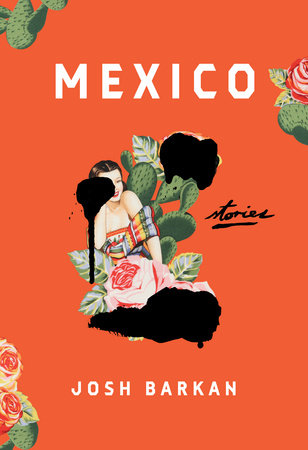 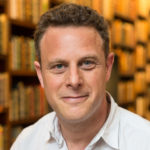 JOSH BARKAN has won the Lightship International Short Story Prize and been a finalist for the Grace Paley Prize for Short Fiction, the Paterson Fiction Prize, and the Juniper Prize for Fiction. He is the recipient of a fellowship from the National Endowment for the Arts, and his writing has appeared in Esquire. He earned his MFA from the Iowa Writers' Workshop and has taught writing at Harvard, Boston University, and New York University. With his wife, a painter from Mexico, he divides his time between Mexico City and Roanoke, Virginia.

JOSH BARKAN has won the Lightship International Short Story Prize and been a finalist for the Grace Paley Prize for Short Fiction, the Paterson Fiction Prize, and the Juniper Prize for Fiction. He is the recipient of a fellowship from the National Endowment for the Arts, and his writing has appeared in Esquire. He earned his MFA from the Iowa Writers’ Workshop and has taught writing at Harvard, Boston University, and New York University. With his wife, a painter from Mexico, he divides his time between Mexico City and Roanoke, Virginia.