Like his father before him, author Mark Adams espouses the ideal marriage of reading and flying.

By MARK ADAMS • 3 years ago 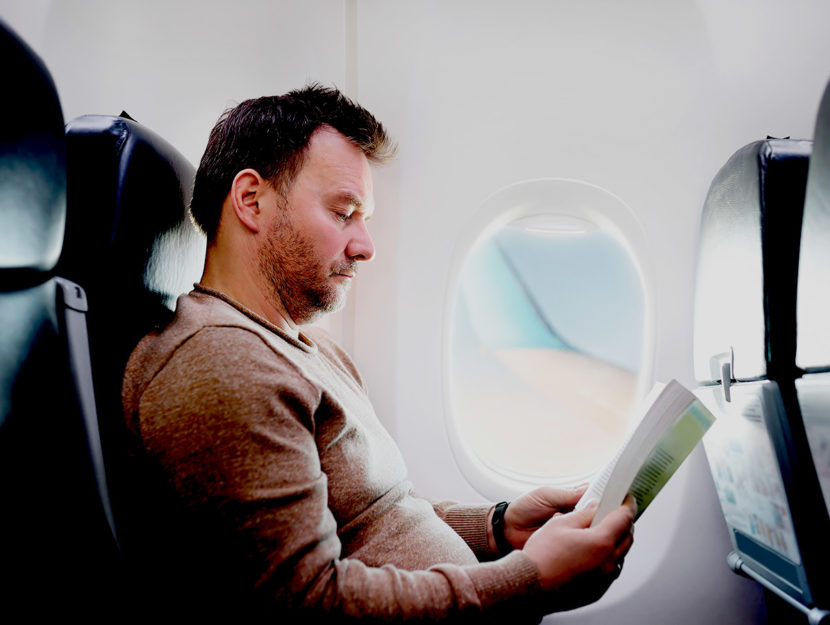 I can probably count on one hand the number of times I recall seeing my father watch television. This is noteworthy only because he worked in television news, covering current events throughout the Midwest. Our telephone would ring late at night or early in the morning, my father would flip through his OAG Pocket Flight Guide to determine the quickest route from Chicago to Indianapolis or Des Moines, then he would rush off for O’Hare Airport.

Each time he returned, my father followed a ritual, unburdening himself of items collected during his trip. From his pockets he would dispense a slot-machine-worthy pile of change. Next, receipts were collected in a ticket jacket, an overstuffed paper taco handed to my mother to be tabulated for expense reports. Finally, he would place on the table a brand new book purchased during his travels, whether a hardcover from The World’s Busiest Airport or a mass-market paperback found at a Ben Franklin store in Parts Unknown, Missouri. For my father, an only child who, to his great surprise, found himself the father of five by the time he’d reached his mid-30s, airplane time was his only quiet time. Reading time.

Over the years, these books accumulated at the rate of one or two a week, creating what I like to think of as the Dave Adams Lending Library. In the years before frequent flyer programs, the library was my father’s tangible reward for time in the air. These books were shelved in the dining room, so their titled spines stared at us during meals and homework sessions, daring us to take a look inside. Dad’s circulation policies were pretty loose; when one of the nuns at my Catholic grade school caught me reading a Kurt Vonnegut novel (“smut!”), she was not amused to hear the name of my supplier.

Whenever I asked why he didn’t watch TV, my father always replied, “Because it’s a waste of time.” My siblings and I, as yet unaware of life’s temporal limitations, did not share this opinion. (We could’ve solved Fermat’s Last Theorem with the hours we squandered on rewatching Brady Bunch reruns.) As a result, I probably devoted less attention to my father’s library than I should have—until he sold our childhood home and bequeathed to me a large portion of the original collection.

By that time, I had begun flying around the world as an author and reporter, a vocation that a psychiatrist would no doubt trace back to the romance of my father’s career and its literary fringe benefits. Now that I have children of my own, I look forward to long flights as opportunities to catch up on reading. I recently spent a summer traveling around Alaska and put far more time into choosing what books to bring than I did selecting clothing. The older I get, the more I find myself drawn to those same books I spent my grade school and teenage years staring at above the dining room table, even if the hardcovers crack when opened and the paperbacks have gone crisp and yellow with age.

I could, of course, save a lot of space by downloading eBooks. But then I’d miss out on the real treasures from the Dave Adams Lending Library, the scraps of paper tucked between its pages: old boarding-pass carbons with itinerary changes made in ballpoint pen; columns torn out of long-dead newspapers; cocktail napkins from long-extinct airlines; and, if I’m lucky, notes or to-do lists scribbled hastily in my father’s nearly illegible cursive. (One reason my mother filled out those expense reports.) More than once I’ve opened an old copy of, say, Gravity’s Rainbow, and begun mentally composing a short story based on the decades-old clues found inside. In December of 1978, David Adams flew to Detroit on Eastern Airlines flight 37, drinking black coffee and trying to remember the Christmas gifts he wanted to buy for his wife.

My father rarely flies these days, but if he did, he’d be mortified by the menu of time-wasting entertainment options available. I sometimes worry that the ideal marriage of reading and flying will go the way of the OAG Pocket Flight Guide. Even my own children, who consider purchasing in-flight wifi a basic human right, have been slow to embrace the unique pleasure of escaping into a book as they escape on an airplane. I have a feeling they’ll come around, though. And just to tip the scales in my favor, every time I return home from a trip, I leave a book on the dining room table. 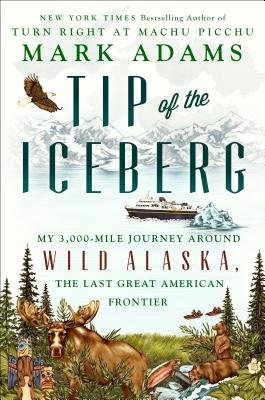 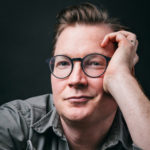 MARK ADAMS is the author of the New York Times bestsellers Meet Me in Atlantis and Turn Right at Machu Picchu. A writer for many national magazines, including GQ, Men’s Journal, and New York, he lives near New York City with his wife and children.

MARK ADAMS is the author of the New York Times bestsellers Meet Me in Atlantis and Turn Right at Machu Picchu. A writer for many national magazines, including GQ, Men’s Journal, and New York, he lives near New York City with his wife and children.