The author of Proust's Duchess reveals the real-life women who crafted themselves into living legends.

By CAROLINE WEBER • 3 years ago 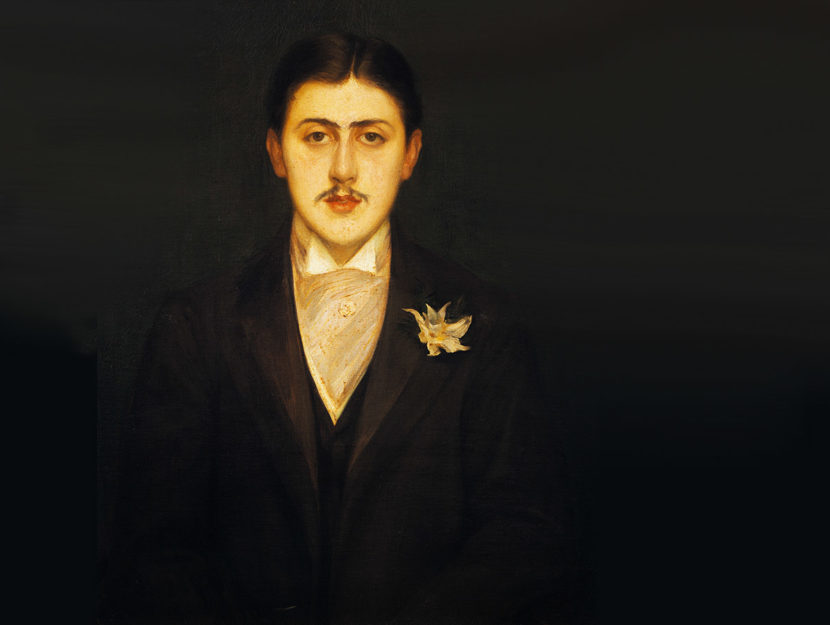 My new book, Proust’s Duchess, is a triple biography of the three society doyennes upon whom Marcel Proust (1871–1922) based the queen of aristocratic Paris in his fictional masterpiece, In Search of Lost Time. That composite character, Oriane, Duchesse de Guermantes, embodied the elegance and distinction for which—in real life as in Proust’s novel—the fin-de-siècle nobility was famed. The story of her flesh-and-blood counterparts is the story of social class and aspiration at a watershed historical moment.

The three heroines of my book entered Parisian society as young brides in the late 1870s, less than a decade after the democratically elected government of the Third Republic (1870–1939) abolished the legal privileges of France’s hereditary noblesse. Yet even as the nation’s great lords and ladies lost their official standing as a caste apart, they retained an unparalleled degree of social and cultural prestige. In fact, their cachet reached ever greater heights as the century neared its end, instilling in outsiders like Marcel Proust, a half-Jewish bourgeois, a lifelong fascination with their elite social milieu. The three grandes dames who epitomized this gilded world for him were Élisabeth de Caraman-Chimay, Vicomtesse (later Comtesse) Greffulhe (1860–1952); Laure de Sade, Comtesse Adhéaume de Chevigné (1859–1936); and Geneviève Halévy Bizet Straus (1849–1926).

These women not only exemplified but fostered the cult of intense nobility-worship that defined their era, and that has since mutated into the present-day, global obsession with celebrity. Before the Third Republic, the Parisian aristocracy had been a conservative, inward-looking group that stringently discouraged its female members from “getting themselves talked about,” whether by their peers, strangers or the press; along with lofty social connections and unerring good taste, exclusivity and discretion were the watchwords of this set.

Élisabeth Greffulhe, Laure de Chevigné, and Geneviève Straus changed all that. Both within and outside their rarefied social sphere, they tirelessly cultivated their own reputations for patrician glamour. These ladies’ three main strategies for self-promotion, outlined below, are surprisingly modern. To this day, anyone looking to rebrand herself as a living legend has much to learn from their example.

1. Develop a signature style. Proust’s muses all dressed with flair, each in her own distinctive, fashion-forward way. Élisabeth favored sumptuous, couture confections richly adorned with passementerie and jewels, and often modeled on historic costumes from paintings in the Louvre. Laure, an avid equestrienne, commissioned sporty, utilitarian ensembles from a prestigious men’s tailor. At a time when the prevailing female silhouette was exaggerated and fussy—featuring a tightly corseted bodice, voluminous bustled skirts, and flounces and ruffles galore—Laure turned heads with her sleek and sensible tweed suits, the first ever seen on a woman of her class. Geneviève opted for slinky, boudoir-inspired apparel that afforded the occasional, tantalizing glimpse of her nude lace stockings. In her wardrobe choices, Geneviève went in for the muted colors of “half-mourning”—a palette of soft grey, mauve, and white—as a supposed homage to her first husband, the late composer Georges Bizet. Although Geneviève had likely been having an affair with Bizet’s best friend when he died (she and the friend later became secretly engaged, but never made it to the altar), and though she eventually remarried, she never missed a chance to play up her connection to the legendary creator of Carmen, using her fashion choices to shore up her own legend as the “Widow Bizet.”

2. Pose, pose, pose. Widely known as the most beautiful woman in Paris, Élisabeth owed this claim to fame as much to her own savvy self-aggrandizement campaign as to her inborn attractions (which included regal carriage, lustrous brown curls, and huge, dark eyes “the color of crushed pansies”). In defiance of the noble embargo on publicity, she sat for innumerable portraits by the era’s leading painters and photographers and boasted of her influence as an artist’s muse. In addition, she choreographed her every public appearance for maximum dramatic effect. In a trick her friends dubbed her “picturesque lateness,” she would arrive at a given ball, opera, or concert conspicuously late and hover in the doorway until she drew every eye. Then she would disappear again in a cloud of feathers and tulle, leaving her contemporaries agog at her fugitive grace. Such cameos imbued her with all the mystique, as one observer put it, of a goddess visiting from Mount Olympus.

3. Court the media. The fact that upper-class society tended to exclude commoners only heightened the allure it held for ordinary French citizens, fueling an explosion of mass-produced publications that chronicled how the titled half lived. While Parisian nobles generally affected to disdain the so-called presse mondaine (and the people who wrote for it), Proust’s heroines took the opposite approach. Intuitively grasping the importance that public opinion would come to hold in an age of democracy and mass media, they cozied up to influential editors and journalists and leaked tidbits that enhanced their stature in the public eye. They offered details on their fabulous houses (Élisabeth lived in a mansion so vast and imposing that her neighbors in the Faubourg Saint-Honoré called it “the Vatican”), their storied lineage (Laure descended from the 14th-century chatelaine who inspired the sonnets of the Italian poet Petrarch), and their illustrious friends (Geneviève’s devoted chums ranged from the painter Edgar Degas to Prince Albert I of Monaco). The resulting, frequently front-page press coverage turned the ladies into household names. As their generation’s superstars, they created a new, thoroughly modern brand of upper-class grandeur.

Had it not been for their unorthodox, attention-grabbing methods, Élisabeth, Laure, and Geneviève would never have captured Marcel Proust’s fancy, and thus never have inspired his iconic, fictional duchesse. After all, due to his plebeian birth, Proust necessarily relied on newspapers for his initial information about society’s reigning trifecta. Even once he got to know the women personally, he would ever remain, in his own eyes and theirs alike, more of a fanboy than a peer.

But the impact of the trio’s celebrity extended far beyond the literary realm. Paradoxically marketing themselves to the general public as paragons of noble inaccessibility and refinement, these mavens became famous for being famous. In the process, they anticipated a world—our world—where cultural authority and personal worth are measured in “likes,” “retweets,” “hits,” “followers,” and “friends.” They laid the foundations of a society where glamour, like privacy, is an illusion, and notoriety is the ultimate social good. 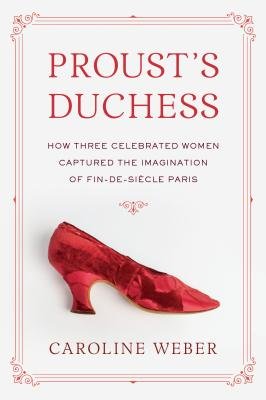 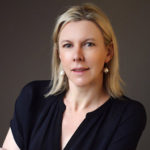 CAROLINE WEBER is a professor of French and Comparative Literature at Barnard College, Columbia University; she has also taught at the University of Pennsylvania and Princeton. She is the author of Queen of Fashion: What Marie-Antoinette Wore to the Revolution (2006). She has written for The New York Times, The New York Times Book Review, Financial Times, London Review of Books, The Wall Street Journal, and New York magazine. She lives in New York City.

CAROLINE WEBER is a professor of French and Comparative Literature at Barnard College, Columbia University; she has also taught at the University of Pennsylvania and Princeton. She is the author of Queen of Fashion: What Marie-Antoinette Wore to the Revolution (2006). She has written for The New York Times, The New York Times Book Review, Financial Times, London Review of Books, The Wall Street Journal, and New York magazine. She lives in New York City.