Leigh Stein, author of Land of Enchantment, reflects on the books she turns to for comfort.

By Leigh Stein • 4 years ago 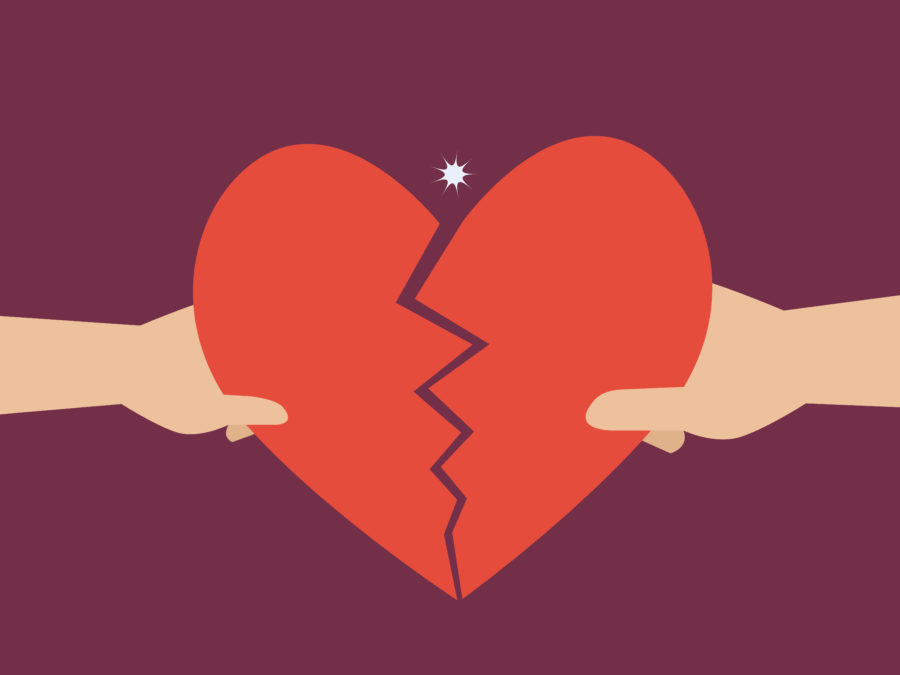 At the beginning of The End of the Story by Lydia Davis, the unnamed narrator walks through a city where she believes her ex-lover now lives. “I did not know exactly where I was,” she says, “though later, when I left the neighborhood, I saw where I had been.” This is how we map the love we’ve lost; in hindsight, our past relationships become places we once visited, rendered more vividly in memory. From a distance, we can see how we got from point A to B.

The territory of lost love is one that many writers are drawn to, whether they’re navigating death and grief, divorce, or just a bad breakup. These are a few of the books I read and returned to, as I worked on my own memoir about a toxic relationship I experienced in my early twenties.

Like me, you may find solace in reading the stories of others who can’t help but yearn for what once was. 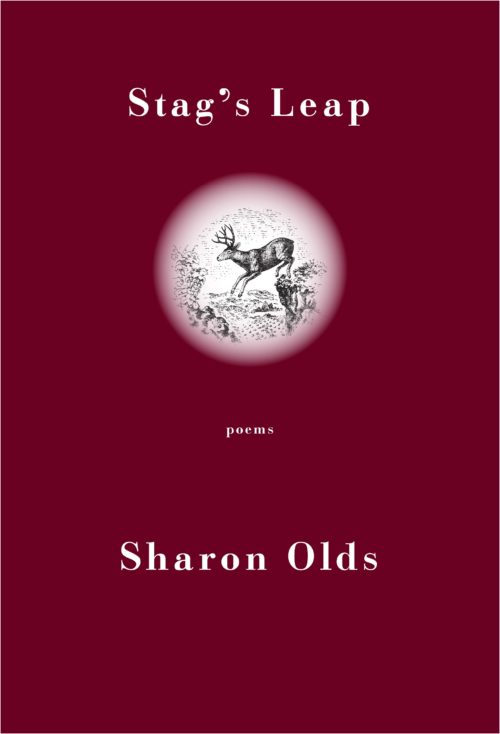 The cover image of Stag’s Leap by Sharon Olds is taken from the label of a brand of wine and she and her ex-husband used to drink. The drawing of the stag “looks like my husband, casting himself off a/cliff in his fervor to get free of me,” she writes. He has met another woman. From “Pain I Did Not”:

I think he had come, in private, to

feel he was dying, with me, and if

he had what it took to rip his way out, with his

teeth, then he could be born.  And so he went

world, where I do not see or hear him—

and my job is to eat the whole car

of my anger, part by part…

Organized by the four seasons, and then, “years later,” these poems are piercing and unforgettable. 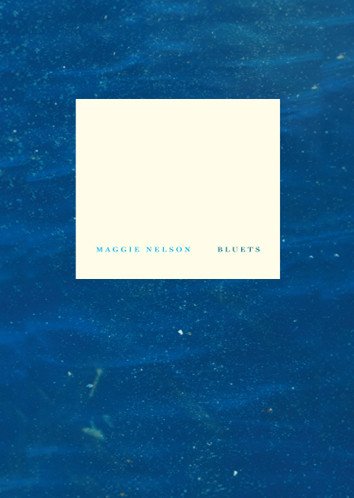 “Why blue? People ask me this question often. I never know how to respond. We don’t get to choose what or whom we love, I want to say. We just don’t get to choose,” writes Maggie Nelson in Bluets, a haunting collection of blues. Not really memoir, not really poetry, Bluets is more like a catalog of a museum exhibition, each entry numbered. At the center of the exhibit, is the end of a romance and its lonely aftermath. Item #45: “If what I was feeling wasn’t love then I am forced to admit that I don’t know what love is, or, more simply, that I loved a bad man. How all of these formulations drain the blue right out of love and leave an ugly pigmentless fish flapping on a cutting board on a kitchen counter.”

A Grief Observed by C.S. Lewis 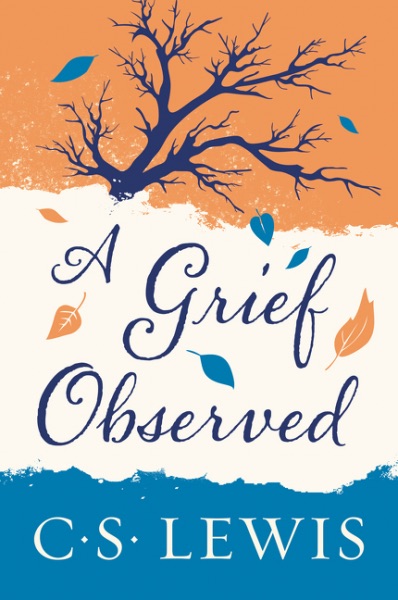 Most famous as the author of The Chronicles of Narnia, Lewis was a bachelor all his life, until meeting a woman aptly named Joy. Lewis married her at the age of 58, and was the happiest he’d ever been, but four years later, Joy tragically died of bone cancer. His very short book A Grief Observed is not so much about figuring out how they got from point A to B, but rather about how much he yearns to go back to the time before. “You tell me, ‘she goes on.’ But my heart and body are crying out, come back, come back.”

The End of the Story by Lydia Davis 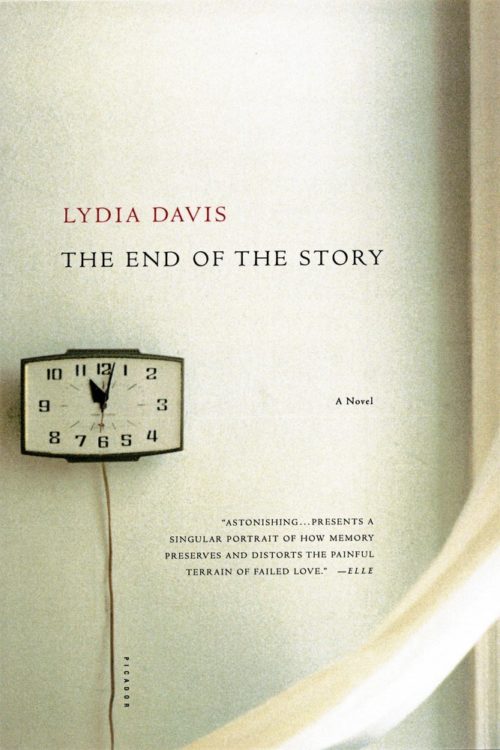 Lydia Davis is a fiction writer and translator who has written a novel about a translator trying to write a novel about the end of a relationship. Part of the pleasure of reading this work of fiction is observing a woman as she tries to string a narrative together from fragments of her memory.  “Looking back at that evening [when I first met him] was almost better than experiencing it the first time, because it did not go faster than I could manage it, I did not have to worry about my part, and I was not distracted by doubt, because I knew how it would come out. I relived it so often, it might have happened just so that I could relive it later.”

The Lover by Marguerite Duras 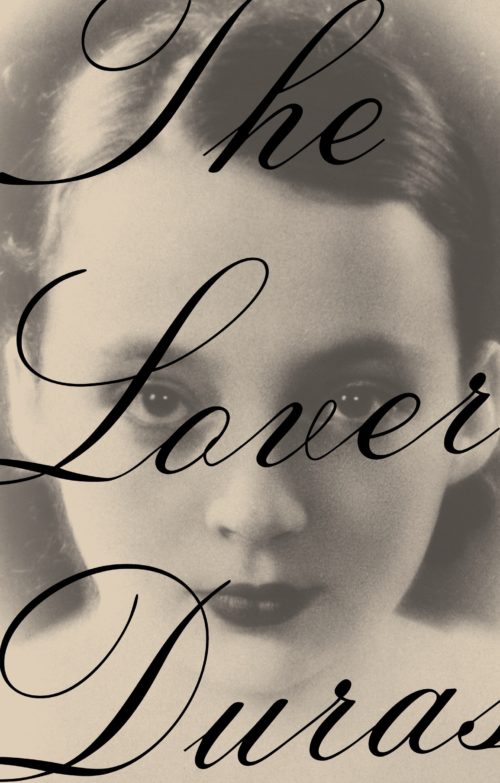 Told from the perspective of an older woman looking back at her first lover, this is a partly autobiographical novel about an affair between a teenage French girl and an older Chinese man. The narrator discovers pleasure, and the power of being desired, against a backdrop of desperate family circumstances in French colonial Vietnam. From the beginning, their romance is colored by sadness. After they’ve made love, the narrator asks him if “it’s usual to be sad, as we are.” He says yes, “it’s because we’ve made love in the daytime, with the heat at its height.” But that’s not what the girl means: “I feel a sadness I expected and which comes only from myself. I say I’ve always been sad…Today I tell him it’s a comfort, this sadness, a comfort to have fallen at last into a misfortune my mother has always predicted for me when she shrieks in the desert of her life.”

Let’s Take the Long Way Home: A Memoir of Friendship by Gail Caldwell 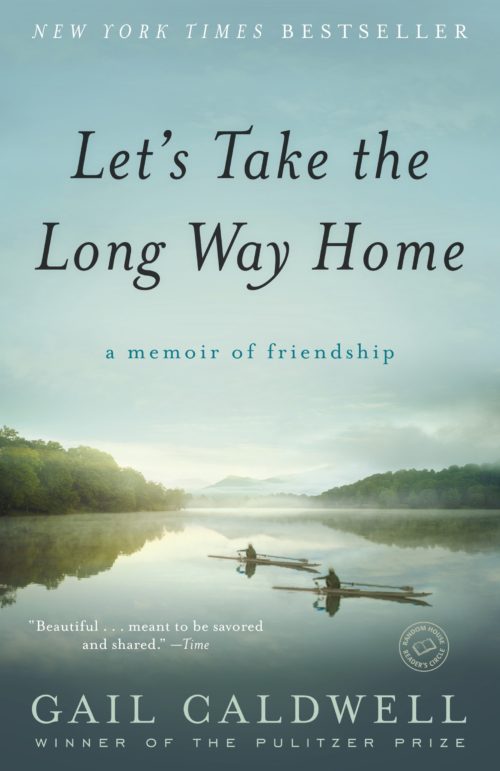 “I had a friend and we shared everything, and then she died and so we shared that, too,” begins this memoir about the friendship between Caldwell and Caroline Knapp, also a writer, who died of lung cancer at the age of 42. “Finding Caroline was like placing a personal ad for an imaginary friend, then having her show up at your door funnier and better than you had conceived.” Caldwell’s charming voice carries this beautiful story of two soul mates who found each other later in life.

The Lover’s Dictionary by David Levithan 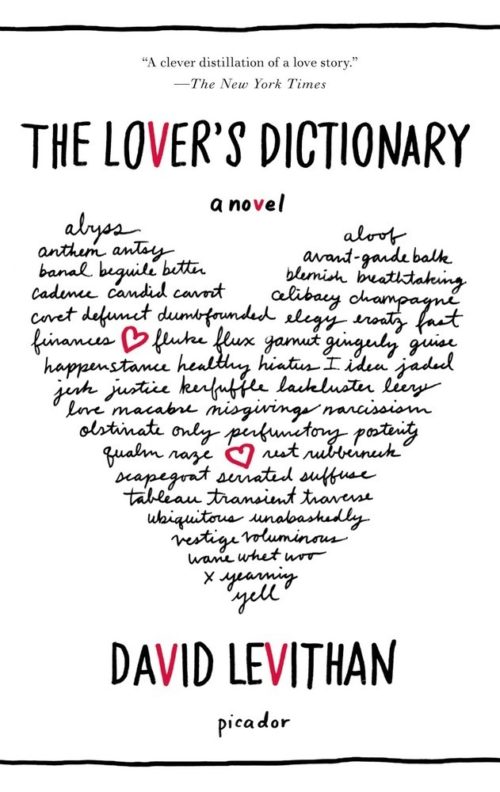 David Levithan is a YA author (Nick and Norah’s Infinite Playlist), whose novel for adults is told through a series of dictionary entries. The “I” and “you” characters in the book are ambiguously gendered, which means the reader can easily bring his or herself into this story of love from beginning to unraveling:

“Hiatus, n. ‘It’s up to you,’ you said, the graciousness of the cheater toward the cheatee. I guess I don’t believe in a small break. I feel a break is a break, and if it starts small, it only gets wider. So I said I wanted you to stay, even though nothing could stay the same.” 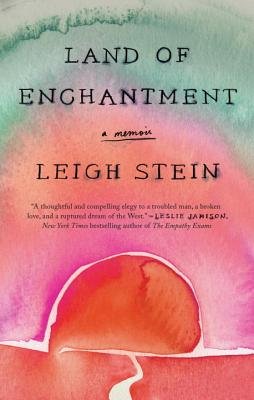 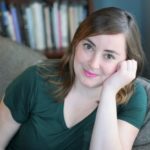 LEIGH STEIN is the author of the novel The Fallback Plan, which made the “highbrow brilliant” quadrant of New York’s “Approval Matrix,” as well as a collection of poetry, Dispatch from the Future, selected for Publishers Weekly’s Best Summer Books of 2012 list, in addition to the Rumpus Poetry Book Club. Her nonfiction has appeared in Allure, BuzzFeed, Gawker, The Hairpin, The New York Times, Poets & Writers, Slate, The Toast, and xoJane. Formerly an editorial staff member at The New Yorker, she currently lives outside New York City and codirects the nonprofit organization Out of the Binders, which advances the careers of women and gender-nonconforming writers through conferences called BinderCon. For her advocacy work, she has been called a “leading feminist” by The Washington Post, and honored as a “woman of influence” by New York Business Journal.

LEIGH STEIN is the author of the novel The Fallback Plan, which made the “highbrow brilliant” quadrant of New York’s “Approval Matrix,” as well as a collection of poetry, Dispatch from the Future, selected for Publishers Weekly’s Best Summer Books of 2012 list, in addition to the Rumpus Poetry Book Club. Her nonfiction has appeared in Allure, BuzzFeed, Gawker, The Hairpin, The New York Times, Poets & Writers, Slate, The Toast, and xoJane. Formerly an editorial staff member at The New Yorker, she currently lives outside New York City and codirects the nonprofit organization Out of the Binders, which advances the careers of women and gender-nonconforming writers through conferences called BinderCon. For her advocacy work, she has been called a “leading feminist” by The Washington Post, and honored as a “woman of influence” by New York Business Journal.