How I Dared to Write About Werewolves (And Still Do)

Linda Godfrey, author of I Know What I Saw, reveals the surprising books that inspired her career in monsters. 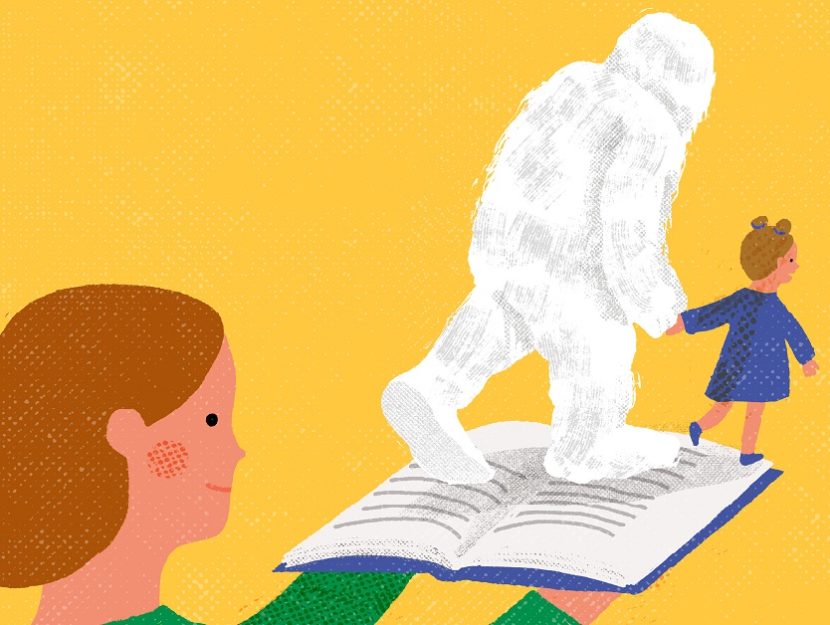 There’s no plainer way to say it: I write about monsters. As in wolves that walk on their hind legs, Bigfoot, and man-bats—the spooky stuff that pounding hearts and cold midnight sweats are made of. Upon learning what I do, most people assume I’m 6-foot-3 and spend my time clomping around forests with a rifle and a rucksack, hunting for phantom animals. They’re always disappointed to learn I’m closer in size to a Hobbit than I am to Paul Bunyan and that I carry a camera rather than a machete. (I do clomp around in forests every chance I get.)

Some expect me to resemble a woodsy goth. “You look like you could be somebody’s mom,” I’ve heard young fans moan. I am indeed the mom of two somebodies, and happy for it. But the fact that I seem so ordinary may be why every interview I’ve ever had starts with something like, “So how did a rather short art teacher/journalist from Wisconsin turn into a werewolf investigator and author?”

Truth? It’s not just about the monsters. It never has been just about the monsters, as much as I adore their rippling, furry muscles and their fangs all-a-glisten with viscous drool. No, there’s something more intrinsic, something monster-like that we’re all on watch for in this world because we know it exists even if we won’t admit it. Stories and folk tales are full of this mystery factor, and they can serve to make us aware there’s a monster in everyone’s life. But sometimes the monster just stands and introduces itself.

It surprised me as much as anyone when, in 1992, I wrote a newspaper article on an alleged werewolf-like creature seen by eyewitnesses outside a small town in Wisconsin, and the story blew up worldwide. The universe then turned its astonished, glowing eyes my way, and the “hunt” ended up taking over much of my life. Somehow the creature just never seemed as strange to me as it did to most other people, and I credit a few special childhood books that I believe helped make it so.

One of these books made me decide at age 3 that I wanted to be an artist and writer, but again, it wasn’t for the love of bears, ghosties, or wolves jeering at little pigs in fragile houses. This book’s protagonists were two feisty kittens named Hush and Brush, who invented every color ever seen by men or angels and went off to paint the world. I remember begging my mother to read it over and over because this story, Margaret Wise Brown’s 1949 The Color Kittens, showed me both the power of words and the miracle of color. It was as close to a religious experience as most 3-year-olds can have. And I’m not even a cat person.

Despite that fact, it was another cat tale that would give my world its second wakeup call. At Herbert V. Schenck Elementary School in Madison, Wisconsin, in 1957, I was 6 years old, lying on my kindergarten nap-mat waiting for the teacher to read us something dull. Then she announced the day’s story: The Cat in the Hat, by a man with the funny name of Dr. Seuss.

Cat? Hat? I perked up, and by the time she’d finished the first couple pages I was entranced in a state of joyful shock—not only at the rhymes but at the audacious rhythm, the unsentimental artwork, and the ludicrous Cat, who seemed more sinister than saccharine. Most riveting was the scary premise of the story: Mother leaves two children alone, extremely weird character enters the home, wreaks havoc, calls in two even stranger characters that go wild on the place, and then somehow the whole mess is cleaned up and the mother never finds out. Only the goldfish knows.

The teacher had read us many books, but this one felt completely new. I didn’t realize at the time, of course, that this was exactly what Dr. Seuss, aka Theodore Geisel, had been going for when he was asked to create a children’s book that would make young kids want to read. But it worked on me. I felt the power. The Cat was a creepily benign monster, and I understood that intuitively, as young children do.

There have been other books that opened unexpected worlds. One of my favorites, by Katherine Gibson Isobel Read, was simply called Fairy Tales. Its cover illustration showed a small group of children sitting at the feet of a storytelling elf, watched over by an enigmatic and beautiful fairy. The back cover completed the scene with a high hill topped by the requisite castle and towers. I looked at this illustration so long and often that I wore the binding off the book. I didn’t believe fairies were real, but I wished very hard that they were. My sister and I invented a make-believe fairy universe of beings that lived in the clouds by day and danced in streetlights at night. They had magnificent wardrobes of gowns and tiaras, and left their tiny, polished teeth in a nearby quarry where we would spend hours hunting for small quartz pebbles. This world was strangely devoid of monsters, though there are many adult folk traditions that see fairies in an ominous light.

Together these books fused art, words, and unknown creatures into a corner of my youthful mind that always made me think, What if? Their message was a promise that though strange things may happen, and that these things may bring disorder to our lives—and though there may, indeed, be monsters—we’re strong enough to face the unknown beasts, clean up the messes, and leave some beauty in the world.

It was for the love of those books that I dared to write about werewolves, and still do. 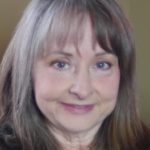 LINDA S. GODFREY is one of America’s foremost authorities on modern-day monsters. She is the author of over a dozen books on werewolves, hauntings, and the paranormal, including Real Wolfmen: True Encounters in Modern America, American Monsters: A History of Monster Lore, Legends, and Sightings in America, and Weird Michigan. Godfrey has appeared on many national TV shows such as The History Channel’s Monster Quest, Inside Edition, and Sean Hannity, and has been a guest on radio shows such as Coast to Coast AM.