How Writing My Book Helped Me Work Through Shame

Laura Sibson, author of The Art of Breaking Things, explores healing after abuse—with her protagonist, Skye.

By LAURA SIBSON • 2 years ago 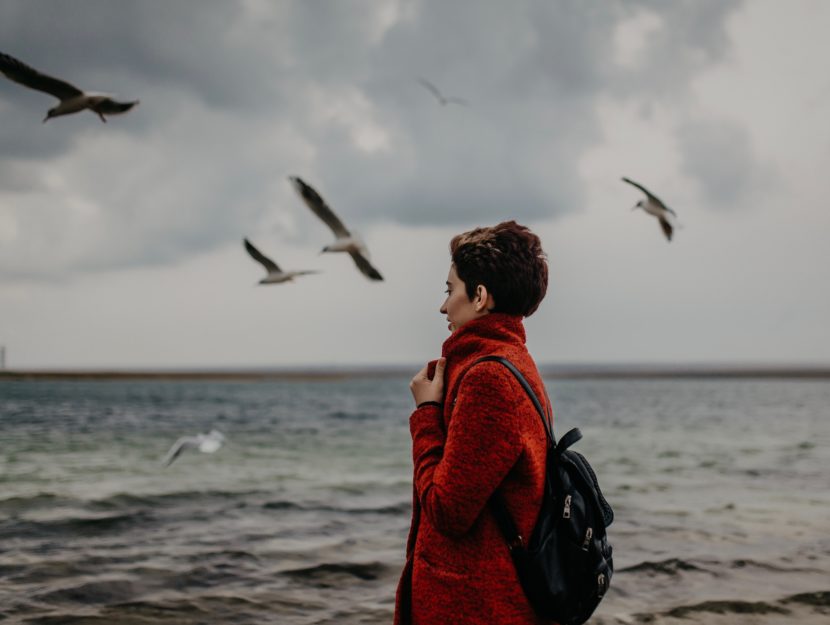 Someone recently asked why the experience of my abuse compelled me to write my forthcoming novel, The Art of Breaking Things. The short answer is shame. “If you put shame in a Petri dish,” says Brené Brown in her TED talk Listening to Shame, “it needs three things to grow exponentially: secrecy, silence, and judgment.”

I had all three. The trauma of what had happened combined with the silence around it allowed the experience to grow roots in my young psyche and altered my perception of myself. I had loved the man who abused me; he acted like a father to me, and everyone else loved him, too. This disconnect between what he’d done to me in the middle of the night and the respect people had for him caused me to doubt my judgment. I began to rely on others to tell me who I was.

By the time I moved to a new school for seventh grade, I’d become hyper-aware of how I looked. Compliments on my appearance validated me. When I was rated one of the best butts in my grade, I didn’t feel disgusted by the boys who created the list. I felt proud and frankly a little resentful that I’d come in second place. From then on, attention from boys and men felt meaningful and important. Rejection was devastating.

I became a chameleon, adopting the interests of whatever boy I was currently dating or of friends I idolized. I did well in school, partly because I loved to learn and partly because I loved to please my teachers. On the weekends, though, I partied a lot, often to the point of blackout. I welcomed the loss of inhibition that drugs and alcohol offered. But the more I partied, the less I recognized the person in the mirror. The chasm grew between the person I showed to the world and the way I felt inside.

“The thing to understand about shame is, it’s not guilt,” says Brené Brown. “Shame is a focus on self, guilt is a focus on behavior. Shame is ‘I am bad.’ Guilt is ‘I did something bad.’” In the case of my abuse, I had not done something bad. Something bad had been done to me. Robbed of validation of what had happened, I came to believe that I was bad and fundamentally flawed.

In early adulthood, I made the decision to get sober. I’d met a very decent guy in college, and eventually we married. I found a career I loved in higher education. My life had all the markers of success—and happiness. Yet the memory of what that man had done still remained as clear as it had been on that night. It lurked around me during intimate moments. It surfaced when I saw fathers with their grade-school daughters. I remember feeling relief when we had a baby boy rather than a girl. Then we had another baby boy. When my sons were little, I began therapy to help me be a good parent and a more balanced person. I was still prone to being hard on myself and those around me; I could be quick to anger. But I was working hard to change old behaviors that had allowed shame to bloom.

I was in the backyard playing kickball with my boys on a summer day when I learned that the man who had abused me had died. His death was sudden and unexpected. In the wake of that news, feelings flooded me, breaking through the dam I’d been building and repairing since I was 11 years old. I could hardly bear to hear people praise him and talk about what a great father figure he had been to me and my sister. On the phone with my mother, I blurted out the truth of what had happened that night.

By the time I told my mom, I knew that I wasn’t bad or worthless, and yet I sometimes felt that I was. I couldn’t make sense of this paradox, so I began to tell my story. As I wrote, a girl presented herself. She was not me. She was not passive. She was not a people-pleaser. She was fierce, but she was struggling. The character of Skye emerged as confident but confused, dedicated to her art and protective of her little sister. As I wrote Skye’s story, I re-wrote my own.

The unexpected benefit from writing the book is that the memories of abuse no longer have a stranglehold on me. “If you put the same amount [of shame] in a Petri dish and douse it with empathy, it can’t survive,” says Brené Brown. “The two most powerful words when we’re in struggle: me too.” By keeping the fact of my abuse a secret, by staying silent, I thought that I’d been protecting myself. But instead, I was judging myself as damaged and unworthy of love.

My way forward from a place of shame was to tell the story of Skye, a girl who endured a sexual assault and finds her voice. Through writing, I showed 11-year-old me that I loved her, that her perception of reality was not accurate, and that she was worthy of love. I allowed empathy into the Petri dish.

Girls have already written to me telling me what the book has meant to them, how it has provided hope for healing, hope for healthy relationships after trauma. Many, many girls and women have been galvanized by the #MeToo movement to speak up and share their stories. But for every person who stands and speaks, there are countless others who remain silent.

To those girls, I say: No one who has experienced abuse should live in shame. It’s not your fault. You are not bad. You are worthy. Show yourself empathy and when you’re ready—if you’re ready—tell your story. Until then, I see you. I am you. 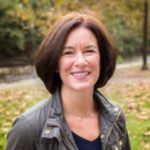 LAURA SIBSON worked for years as a career counselor for undergraduates before getting her MFA from the Vermont College of Fine Arts. When she’s not writing, counseling, or drinking impossibly strong coffee, you can find her running miles around her home in Philadelphia, walking her dog, or ingesting pop culture (along with great takeout) with her family.