How my Job in the Newsroom Helped Inform my Debut Novel

Jennifer Kitses, author of Small Hours, on how a bad job helped her write a great novel.

By JENNIFER KITSES • 3 years ago 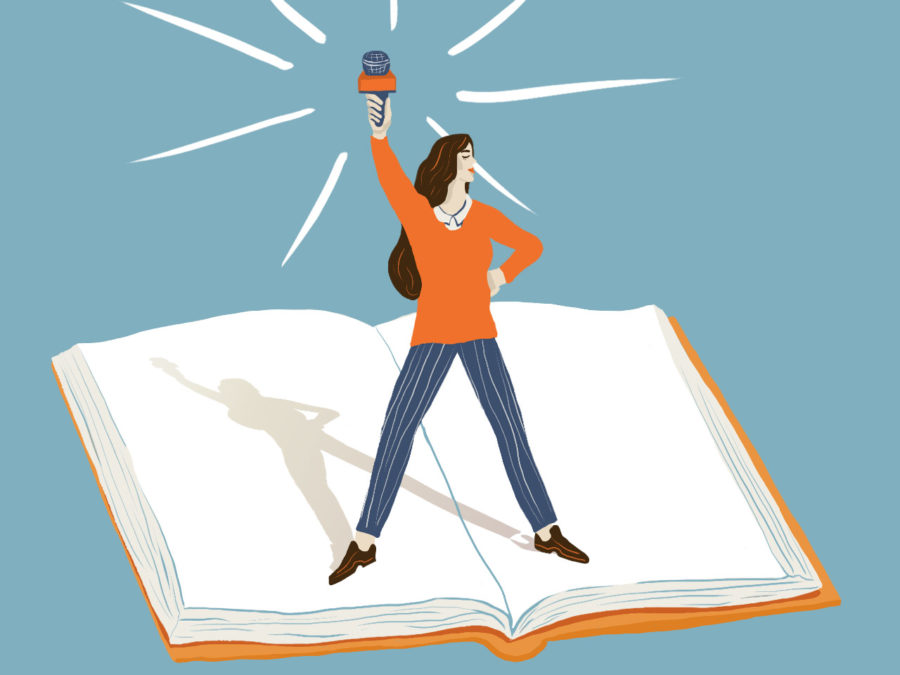 I’ll never forget my interview for my first reporting job. I was sitting with the bureau chief in a glass-walled conference room within the sprawling, open-plan newsroom—what I’d later think of as a fishbowl within a fishbowl. And as I answered one of his questions, I discovered I had a nosebleed. I was already very nervous; now I was mortified. But I reached for a tissue, and then another, and kept answering questions as if none of this were happening. The bureau chief didn’t blink. At the time, it seemed to me that I’d passed the true test: I might be bleeding from the head and embarrassing myself, but I would keep working. Nothing would slow me down.

That wasn’t an experience I drew on when I was writing Small Hours. But at one point in the novel, a striving newsroom assistant asks an editor to assess her chances of getting a reporting job. She has been pining for one for a few years and would jump at the chance to take any news beat, on any team. At this point, she would take anything.

The editor isn’t sure how to answer her. The problem, he thinks, is that if she finally did get offered a reporting job, it would be something she didn’t want—like working the overnight shift, or covering palladium on the commodities team, or tracking the movements of the Canadian dollar. There were plenty of terrible jobs in the newsroom. And if she pushed hard enough, she would probably get one.

Those imaginary jobs were based on ones I had, during my years of working as a newswire reporter. In 2000, I moved to New York to work as an editor for Bloomberg.com. But what I really wanted was to break into news. (Though what I really wanted was to write fiction: I’d graduated from an MFA program at St. Andrews University in Scotland, but I was practical and knew I needed a paying job. In effect, I was setting myself up, years in advance, to be a journalist with a novel in a drawer.)

After a year or so at the website, I took the test for Bloomberg News, the company’s wire service, and later got that interview. I couldn’t have been more excited, and though I was also a little intimidated, I was sure I was up to the challenge. The newswire reporters and editors were famous for their relentless pace and fierce work ethic. Their motto, at least at the time, was More, Better, Faster.

The job I was offered was as the sole reporter on the overnight shift. A car would come to my apartment building in Woodside shortly before midnight, a compensation for the late start that struck me as luxurious, with an added touch of mystery, as if I’d found myself in a New York noir. We’d drive over the Queensboro Bridge, which had a particularly melancholy quality at that hour, and I’d think of the opening credits to Taxi (even though we were heading in the opposite direction). Once inside, I would get my coffee, and my footsteps seemed to be the only human sounds in this vast, empty space. Then I’d head down to the newsroom, where the overnight editor was already at work.

We were charged with summarizing the top stories from around the world—repetitive work, but great training for someone new to news. But there were hard parts to the job, beyond what it did to my sleep schedule (which was mess it up completely; it’s almost impossible to get a full day’s sleep), or the creepiness of being almost alone in an Park Avenue office building for hours at a time, or even the impact on my social life. The worst part was when I had to call reporters at home, in the middle of the night, to let them know that important news just broke on their beat. I remember one call I was ordered to make: the ringing phone woke up the reporter’s wife, who’d recently had a baby—and also woke up the baby. She screamed at me, viciously and through tears. What terrified me was the thought of telling the managing editors that she refused, out of fury, to wake up her husband. (Later, when I had infants of my own, I would understand where she was coming from.)

After coping with that shift for about eight months, I managed to get a daytime job: on a real team, with a beat of my own. Though unfortunately, that beat was the money markets, jokingly referred to as covering cash. Sometimes, I would fill in for a Toronto reporter and see what the Canadian dollar was doing. (Not much was usually the answer.) From there, I was moved to a Thursday-through-Sunday stint, and later to the commodities team, where I covered things like trading in copper futures.

None of this was what I’d pictured years before when I dreamed of being a reporter. I’d wanted to be a metro reporter, but that was outside the newswire’s focus on finance—and unfortunately, no matter how much I tried, I never managed to summon a genuine enthusiasm about money or markets.

I knew I wasn’t alone in not loving my job, or finding it less than I’d hoped for. But that wasn’t the problem, exactly. I’d always believed that there is dignity in doing a job well, even if you hate your job, and even if the job is truly awful. And I certainly tried to do that, and for the most part managed my tasks, with the exception of a memorable error or two—one of which, from my earliest days, supposedly wound up in the company’s training manual. (In summarizing a tabloid story, my editor and I accidentally amplified an accusation against a famous broadcaster; it was borderline libel, and managers at the very top of the ladder had to do some quick apologizing on our behalf.) Even on my best days, I found it hard to do a great job, and I don’t think that was just because of my lack of passion for finance. With the types of jobs I had at the wire, you either exceeded expectations or you failed. It doesn’t take long to be pigeonholed. The stress got to me, both at work and in my off-hours; looking back, it’s clear that what I also felt was shame. I’d always been a hard worker and had never performed badly at a job before. There were so many days when it seemed I could do nothing right—that even if I worked more, better, faster, it wouldn’t matter. I might sprint in place instead of run. But I was not going anywhere.

After a few years in this rut, I applied to Columbia Journalism School. It seemed such a risk: I’d already done a graduate program in writing, and what had come of that? (By then, I had the novel in a drawer.) But I was ready to leap, and at Columbia, I learned to write all over again. Freed from the style constraints of the wire service, which famously banned all adverbs, I let myself go a little wild, and wrote drafts that seemed to use all the adverbs—and then I would have to go back and rein them in. In later writing and editing jobs, I worked with people who were so incredibly supportive of my work that it took me a while to believe that they weren’t kidding.

My career as a wire service reporter was, to be sure—a phrase that appeared in so many of our stories—far from illustrious. Corrections, I’ve had a few. But regrets? In the end, I have to say the dividends surprised me. You can learn a lot from a terrible job and also from failing at a good job. And though I might have been running in place, my time at Bloomberg taught me a little about how to write a story. It also gave me a few. 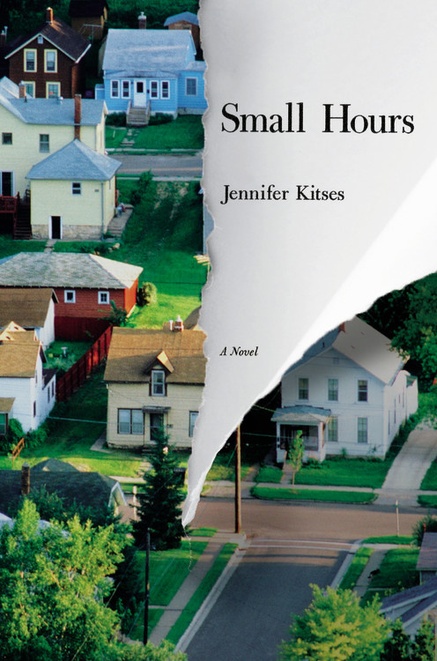 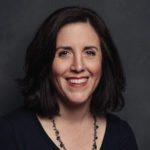 JENNIFER KITSES grew up in Philadelphia. She graduated from the University of Virginia and received an M.Litt. in Creative Writing (the equivalent of an MFA) from the University of St. Andrews in Scotland. In 2000, she moved to New York City, where she worked as a reporter for Bloomberg News and attended Columbia University's Graduate School of Journalism. She also worked as an assistant research editor at Condé Nast Portfolio and as a managing editor at Columbia Business School. Currently she is a writer and editor for CUNY's graduate school, and contributes to the alumni magazines of Columbia Business School and the University at Buffalo. Her writing has appeared in local newspapers, including The New York Observer, and in Akashic Books' online series, Mondays Are Murder. She is a member of the Columbia Fiction Foundry writing workshop and lives in New York.

JENNIFER KITSES grew up in Philadelphia. She graduated from the University of Virginia and received an M.Litt. in Creative Writing (the equivalent of an MFA) from the University of St. Andrews in Scotland. In 2000, she moved to New York City, where she worked as a reporter for Bloomberg News and attended Columbia University’s Graduate School of Journalism. She also worked as an assistant research editor at Condé Nast Portfolio and as a managing editor at Columbia Business School. Currently she is a writer and editor for CUNY’s graduate school, and contributes to the alumni magazines of Columbia Business School and the University at Buffalo. Her writing has appeared in local newspapers, including The New York Observer, and in Akashic Books’ online series, Mondays Are Murder. She is a member of the Columbia Fiction Foundry writing workshop and lives in New York.