The Woman Enters Left author shares a shelfie of her fave friendship reads.

By JESSICA BROCKMOLE • 3 years ago 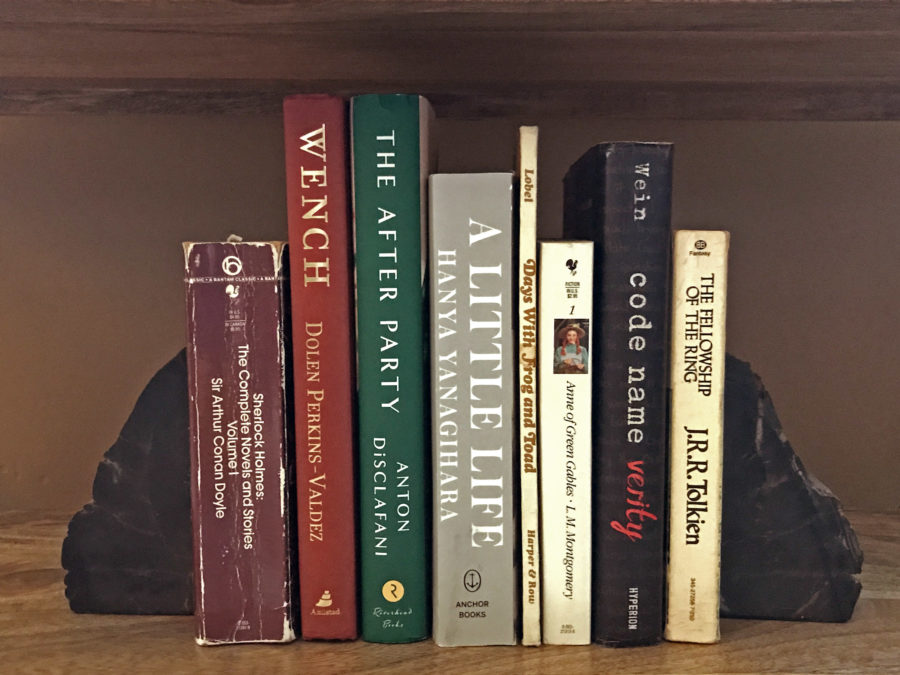 When contemplating the book that eventually became Woman Enters Left, I realized that I often write about solitary women. Both Letters from Skye and At the Edge of Summer focus on smart, independent women, determined to stand on their own two feet with no one to lean on. But, as satisfying as that is in storytelling (and as much as it does reflect my own introvert’s desire to be alone and self-sufficient), it doesn’t pay homage to the many strong and important friendships in my life. As Ethel, one of my main characters in Woman Enters Left, confides to her journal while traveling across the U.S. with her best friend, sometimes life is less about the destination and more about who travels with us along the way.

Whether friendships between women, between men or between amphibians, here are eight books I love about those who are by our side on life’s adventures. Click on the white dots to see my thoughts about each one.

The After Party by Anton DiSclafani

The After Party, in addition to being a lush, languid look at mid-century Houston, is an interesting study of friendship between two women. Sometimes friendship is messy. Sometimes the dynamics of relationships shift and power structures rebalance. But ultimately, trust underpins the friendships that stand the test of time.

I had more than one edition of this favorite novel, but it was this edition—part of a much-reread boxed set—that survived. I’d always been a little skeptical of Anne and Diana’s love-at-first-sight-friendship—despite having had a few instafriendships myself—but I do appreciate its longevity. Sometimes you really do meet someone and decide instantly that you’ll be best friends forever. And sometimes it really does last that long.

The Lord of the Rings trilogy by J.R.R. Tolkien

The copies of the Lord of the Rings trilogy I have were my dad’s once upon a time. I first read them when I was too young to appreciate Tolkien’s outstanding prose and world-building, but just the right age to appreciate Sam’s steadfast devotion to Frodo (and, at times, Frodo’s obliviousness; I’d had friendships like that).

When my husband and I were dating, we’d read aloud from this battered volume of Arthur Conan Doyle’s stories (we never quite made it to Volume II). Before that point, though, the spine was already cracked from rereading; I can’t get enough Holmes and Watson. Though their friendship is often unbalanced, I love the apparent mismatch of characters, knowing, of course, that it isn’t a mismatch at all, but a complementary pairing of sympathetic and interesting friends. Sometimes opposites attract. And then work well together.

Excellent prose and unforgettable voice aside, Code Name Verity belongs on this shelf for its pitch-perfect portrayal of friendship. It was the very first book I thought of and I can’t imagine it being eclipsed by another. From likening a new friendship to falling in love (“my friendship-loving heart pitter-patters in agreement”) to the very last, “Kiss me, Hardy,” I can’t imagine a better tribute to best friends.

Days with Frog and Toad by Arnold Lobel

There are few fictional friendships as simple and real as that between Frog and Toad. In “Alone,” the last story in Days With Frog and Toad, Frog wants to spend the day by himself, leaving Toad to wonder if his friendship was needed. But, in the end, Frog tells Toad that he wanted to be alone to think how lucky he was in friendship. It is perhaps the most fitting representation of what it’s like to be an introvert in a relationship, something that Toad doesn’t understand until Frog explains. Being alone doesn’t mean being without the friends we love best.

I bought a copy of Wench after hearing Dolen Perkins-Valdez speak at a conference about writing women in history. I was impressed with what she had to say but even more impressed with how she wrote these characters: women who had very little to depend on, but who had each other.

A Little Life by Hanya Yanagihara

I read A Little Life with one of my book clubs and I’m glad to have read it with friends because it’s devastating in all the best and worst ways. Reading this novel of long, complicated, faithful, feeling friendships with others led to some fascinating discussions about our own relationships. 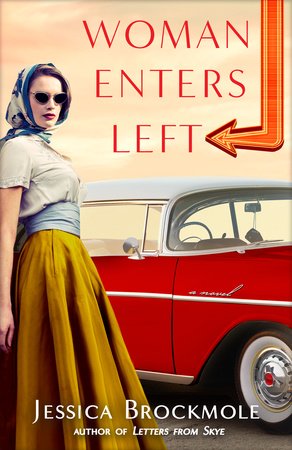 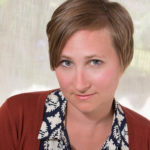 JESSICA BROCKMOLE is the author of At the Edge of Summer, the internationally bestselling Letters from Skye, which was named one of the best books of 2013 by Publishers Weekly, and Something Worth Landing For, a novella featured in Fall of Poppies: Stories of Love and the Great War. She lives in northern Indiana with her husband, two children, and far too many books.

JESSICA BROCKMOLE is the author of At the Edge of Summer, the internationally bestselling Letters from Skye, which was named one of the best books of 2013 by Publishers Weekly, and Something Worth Landing For, a novella featured in Fall of Poppies: Stories of Love and the Great War. She lives in northern Indiana with her husband, two children, and far too many books.