How to Be a Couple Writing about a Couple

The Mr. Nice Guy authors talk the traps (and perks!) of writing about a couple (who write about each other).

By JENNIFER MILLER and JASON FEIFER • 2 years ago 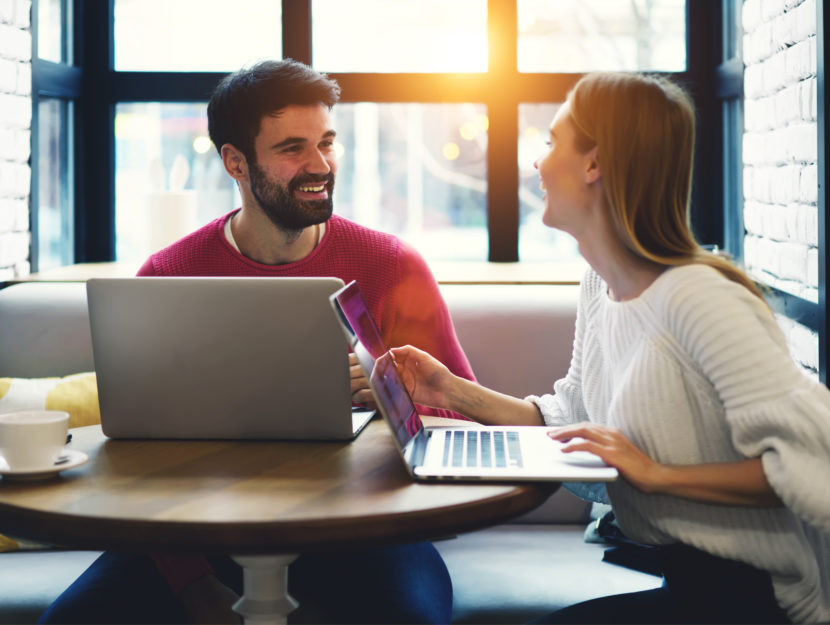 We wrote a novel about a couple: Lucas and Carmen.

In our novel, Lucas and Carmen sleep together each week and then critically review each other’s sexual performance in a magazine.

All of which is to say: we’re a couple writing about a couple that writes about each other. It sounds like a nesting doll of relationship trauma—real-life critiques getting folded in on themselves, filtered through fictional characters and then delivered back into a real-life relationship. People keeping asking us, “Are you really just Lucas and Carmen? Are their critiques really your critiques of each other?”

It’s a good, juicy question. We wish we had a super juicy answer! Maybe it would have landed us on Wendy Williams, or at least a few Bachelor podcasts. And yet, the truth is more writerly—which is why we’re landing on literary podcasts.

So, let’s answer it: how did this real-life couple write about a fictional couple that writes about each other without, well, writing about each other? It was a matter of writing style.

We wanted the novel to contain both narrative as well as the characters’ actual, full columns—their words, in their own voices, that they used to criticize and embarrass each other. (Jason in particular was inspired by A Confederacy of Dunces, which contains long journal entries and letters by its main character, Ignatius.) This meant drawing upon both of our skillsets. Jen has written two prior novels; she knows how to develop characters and build scenes. Jason’s background is in magazines; he’s been a columnist at multiple publications and knows how to write in that punchy magazine style. So we split up the work by skillset: we plotted out the story together, then Jen wrote the narrative and Jason wrote the columns.

At first, we thought of this purely as a matter of efficiency. We were each doing what we knew. But as the story developed, we realized this also enabled us to sidestep the trickiest parts of being a couple writing about a couple. Both of us, throughout the book, were effectively writing both sides. Jen was developing the characters of Lucas and Carmen simultaneously; Jason was writing columns from both of their perspectives. Man criticizing woman, and woman criticizing man: they were delivered as a package, one balancing the other.

Did we draw from our own lives? Sure we did. And when we wrote about the inadequacies of a sexual partner, well, we spoke from at least some past experience—just not our experience. Some couples might have found this equally challenging. Not everyone is open about their past, even with the person they’re married to. Details of past relationships can feel icky to hear; old regrets are maybe better forgotten. But that’s never how we’ve been. We liked talking about what we learned, what we experienced, what we know, and what we want. By a few months into dating, we’d told each other the full details of our pasts. We know the cast of characters: the long-haired vegan, the girls who yelled “switch!”, the many bad online dates. So when one of us pulled a detail from our lives and stuck it in the book, the other one often recognized it and smiled. It was like a treasure hunt.

There is one exception, though: the story prompted a lot of non-story talk. Writing about a relationship would often get us talking about relationships in general, and then our own relationship. We spent three years writing this novel, and it was like having a three-year-long conversation prompt. We talked more about us, about sex, about love and desire. We had a reason to think about it—and that, we believe, is something every couple should have. You don’t need to write a book together to have that prompt; reading a book together would do just fine. In fact, we have one we highly recommend.

About JENNIFER MILLER and JASON FEIFER 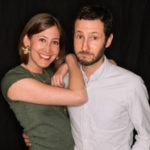 JENNIFER MILLER is an author and journalist. Her debut novel, The Year of the Gadfly, was called “entirely addictive” (Glamour) and a “darkly comic romp” (The Washington Post). She writes frequently for The New York Times Styles section. JASON FEIFER is editor in chief of Entrepreneur magazine, host of the podcast Pessimists Archive, and previously worked as an editor at Men’s Health, Maxim, Fast Company, and Boston. They’re married and live in Brooklyn.