How she shaped me as a reader, a writer, and a person.

By JENNA BLUM • 3 years ago 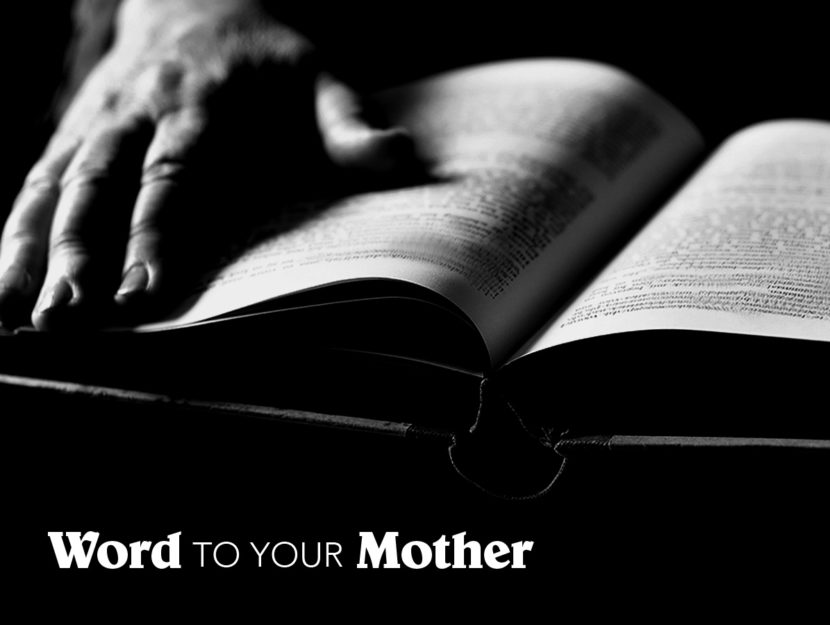 If I learned to write from my dad, I learned about reading from my mom. My dad, a news-writer for Walter Cronkite, was a serious reader—Faulkner, Hemingway, Melville. “Jennifer,” he roared whenever he caught me hypnotized by Rona Jaffe or Stephen King. “Where did you get that brain-rotting junk?”

From my mom, of course.

My mom read everything, with voracious intensity. Smoking and drinking Diet Pepsi, she dog-eared pages, stripped dust jackets, and cracked spines as if books were lobsters and she needed the sweet meat. She loved classics: The Great Gatsby and A Passage to India, Capote and Somerset Maugham. Her favorite novel was East of Eden. She revered Lonesome Dove so much she named our dog Augustus after one of its cowboy heroes (my black Lab, Woodrow, is named after the other).

She also read “Nazi novels” from the A&P. I learned about sex from her Jackie Collins paperbacks. We both adored Belva Plain’s Random Winds, featuring a neurosurgeon in love with his wife’s sister, and my mom treasured a historical romance series, the Angelique books, whose 1970s covers featured a Brigitte Bardot-lookalike being groped by a pirate or draped in dungeon chains. The Angeliques were so precious I wasn’t allowed to touch them—I only ever saw them in my mom’s hands.

The one thing my mom could not abide in a book was to be bored. “Ho hum,” she’d scoff and throw it—literally—across the room. Her taste often clashed with mine. Franzen’s The Corrections: “He thinks he’s so smart.” Styron: “So convoluted.” My favorite British author, Joanna Trollope: “Too much tea.” It didn’t matter what prize a book had won, how fiercely I argued; if the story didn’t deliver, the book flew.

Because of her love of books and disdain for boredom, my mom was my ideal editor. She wasn’t effusive about my writing, but she read everything and formed opinions. My first literary prize was Seventeen magazine’s national fiction contest—which I hadn’t entered. My mom had liked one of my stories and submitted it herself.

She considered herself so responsible for my first novel, Those Who Save Us, that she was affronted I’d co-dedicated it to my dad. We went to Germany in 1993, and when visiting Buchenwald, I wondered how much about the camp a woman in nearby Weimar would have known. That became Anna. “She’s so real,” my mom said reverently whenever we discussed her—which was a lot. My mom patiently listened to me iterate the novel’s plot, Anna becoming an SS officer’s mistress to survive the war and protect her daughter. But I was terrified to let my mom read it because, sex.

I hunched miserably in my bedroom while my mom, on my sofa, read the first draft. Whsssk, whsssk, went the pages in the ring binder. “Oh my god,” she said.

“The scene where the girl finds the Nazis in the woods. It’s so horrible.”

“What about the sex?”

My mom snorted. “We were doing all that stuff before you were born.”

She read the whole book that night. Over breakfast, I said, “Well?”

“It’s a fine book, darling,” she said. I was jellifying in relief when she added, “But Anna’s daughter Trudy—she’s ho-hum.”

“What do you MEAN?” I said furiously.

My mom shrugged. “All that stuff about her marriage, who cares.”

When I submitted the book to agents, that was the part nobody liked. I revised until the book passed my mom’s ho-hum test—“Now it’s good.” Within six weeks, it sold.

Over the years, my mom remained invested in my literary life. She visited my book clubs, rating them by how good the cookies were. In Audrey Hepburn-esque shifts, she attended my events, smiling enigmatically whenever people commented, “You must be so proud.” She vetted my second novel, then a novella. She didn’t like Book 1.5. “WHY?” I said, enraged, but I already knew: it was ho hum. It’s still in a box in my attic.

My mom got sick while I was writing my third novel, The Lost Family. In July 2016, she was diagnosed with breast cancer. She had a mastectomy, underwent chemotherapy, and, two days after her last treatment, had a stroke. I flew to Florida, where my brother and his girlfriend were caring for her. My mom was a tiny bald person in a hospital bed, trying like hell to touch her thumb to her forefinger. She had no eyebrows and spoke as if she’d had a few Scotches. “What did you…bring…me…to read?” she asked.

All that year, while she fought her way back, I brought and sent books. The Underground Railroad. Little Fires Everywhere. Hillary Clinton’s What Happened. My mom refused to discuss her health, but we’d talk about Lonesome Dove. “That…Gus,” she said fondly. “What…a rogue.”

Always, she asked about The Lost Family. “When…do I get…to read it?” she said. Soon, I said. The Lost Family is about a family a lot like mine: a Midwestern woman seeks her fortune in New York and marries a successful, older, emotionally reticent Jewish man, with disastrous results. I was terrified my mom would hate it—worse, she’d think it was ho-hum. Soon, I kept telling her. Really soon.

But in December 2017, we learned there was no more soon. My mom’s cancer was back, and it was terminal. I flew to Florida again and took up residence on an air mattress. My mom was propped up in her bed, surrounded by piles of books.

“When do I get to read your novel?” she asked.

She scoffed. “I’ve heard that before.”

My publisher, HarperCollins, FedEx-ed a galley of The Lost Family. I brought it to my mom in her room. Throughout the day, smoke curled from under her door—she hadn’t relinquished her cigarettes. “How is it?” I said that evening, when I went in with her milkshake.

She gave me an impish smile. Her hair had grown back, and she had new Buddy Holly glasses, far too big for her face. She weighed perhaps 93 pounds. “I hate reading it,” she said.

“Not because it’s bad,” she said. “I love it so much that I want to savor it. But I keep falling asleep.”

After my mom died, I sent her books to my apartment. When the boxes came, I cleared a shelf in my library and opened them. My mom’s Somerset Maugham collection; her Capotes and four copies of East of Eden. Her first-edition Gone with the Wind. Lonesome Dove, sans dust jacket. Belva Plain, Dostoevsky, and The Great Gatsby. All her Angelique books, mine at last, their sepia pages crumbling in my hands.

And the galley of The Lost Family. Its spine was broken, its cover wavy. There were Diet Pepsi stains on the dog-eared pages. I held it to my face, imagining I could smell smoke. “You should be proud,” she’d said when she’d finished it, a week before she died. “It’s a fine book. A wonderful book.”

I kissed it, then put it with the others on the shelf. 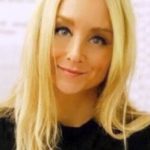 JENNA BLUM is the New York Times and number one international bestselling author of the novels Those Who Save Us and The Stormchasers. Her latest book, The Lost Family, is out now. She was also voted one of the favorite contemporary women writers by Oprah.com readers. Jenna is based in Boston, where she earned her MA from Boston University and has taught fiction and novel workshops for Grub Street Writers for twenty years. For more about Jenna, please visit www.jennablum.com.