The Sexually Fluid Shakespeare: Who Did The Bard Really Love?

By JAMES ANTHONY • 2 years ago 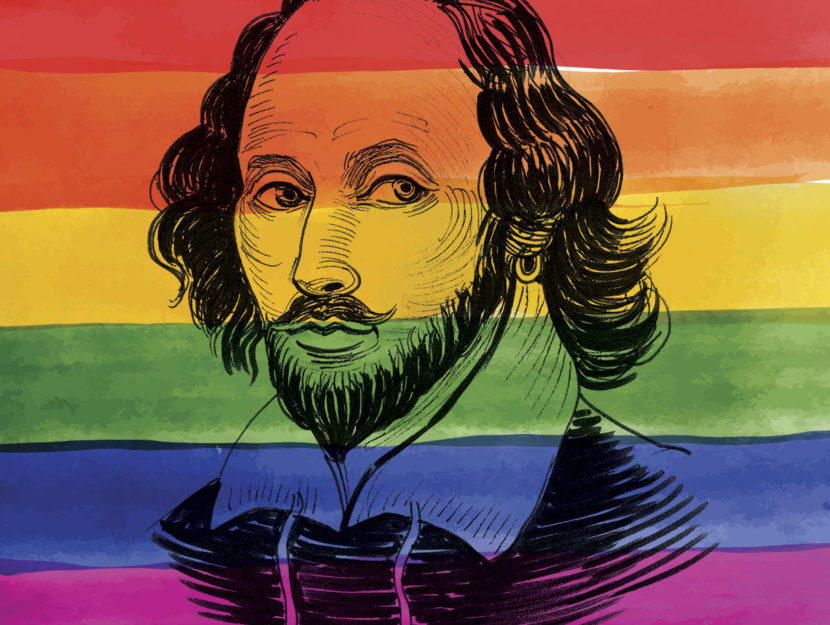 Society has a seemingly insatiable appetite for William Shakespeare. We want to understand the genius who created Hamlet, Shylock, Dogberry, and Macbeth—to get inside his mind, to know him as a man. Yet almost nothing—barring the odd reference to him being a “gentle soul”—remains. Or so we’ve been led to believe. For one body of work has survived, and it reveals a fact about this great man that society has been unwilling to accept for over 400 years: William Shakespeare was sexually fluid.

Shakespeare’s Sonnets are the pinnacle of poetic achievement. Their complex, beguiling language enraptures and befuddles readers in equal measure. Its suggestive imagery and thinly veiled sexual allusions often leaving us scratching our heads, asking “did he really mean what I think he did?” The truth is, he usually did. The specifics have long been pondered, but two sentiments within the 154-sonnet sequence are clear to any reasonable chronicler: William Shakespeare had extramarital affairs with a young aristocratic male and a dark-skinned lady.

The bulk of the sonnets—from 18 to 126—are tender, sorrowful, intimate expressions of love for the ‘Fair Youth,’ an undisclosed aristocrat popularly supposed to be Henry Wriothesley, the Third Earl of Southampton. The language reeks of forbidden desire:

A Woman’s face with nature’s own hand painted,
Hast thou, the Master Mistress of my passion;

Early in the sequence, Shakespeare seems to believe it’s ‘wrong’ to love another man, comparing him to the attributes of a woman, each time concluding ‘Master Mistress of my passion’ is superior. This was not just a platonic admiration, as some historic commentators have brushed it off to be; in Shakespeare’s own words, this was passion.

The relationship quickly matured beyond lustful longing into fervid devotion:

Presume not on thy heart when mine is slain,
Thou gav’st me thine not to give back again.

Line after line reconfirms that this relationship was gut-wrenchingly real, Shakespeare spewing his heart into his preferred 14-line form, his heart driving this lyrical genius to ever greater expressions of love, arguably unbeaten to this day:

Haply I think on thee, and then my state,
Like to the Lark at break of day arising
From sullen earth sings hymns at heaven’s gate;

But it wasn’t all romance for these forbidden lovers. The aristocratic ‘Fair Youth’ was evidently young, attractive and wealthy, and thus could probably have had anyone in London he took a shine to…which, much to Shakespeare’s chagrin, is precisely what he did. Yet Shakespeare seemed blinded by love, unable to escape the shackles of desire despite humiliation and rejection. He knew it was wrong to keep forgiving his wayward lover, but he just couldn’t stop himself.

All men make faults, and even I in this…
Myself corrupting salving thy amiss,

Many people have disputed—and will continue to dispute—this theory. Could it just be that Shakespeare was being overly effusive about a platonic friendship? Or maybe the dramatist was writing out of himself, a fictitious, missive love-story in quatrains and couplets? Possibly…but I just don’t buy it. Why write so many sonnets about an undeniably contentious relationship for the time, putting to ink heartbreak, jealousy, deception and longing, if not to just share the burden of his heart through these poetic outpourings? As I rewrote each of the sonnets in Shakespeare’s Sonnets, Retold, I was left with an ever-increasing certainty that these words were Shakespeare’s way of dealing with the clashing pangs of love and guilt that his fluid sexuality created.

But was Shakespeare really bisexual? Seemingly so. He was, of course, married with three children, but, putting that to one side, sonnets 127 to 152 express lustful longing for a bawdy dark-skinned lady whom he simply couldn’t keep his hands off, despite hating himself every time he popped round to see her to let off steam.

My love is as a fever longing still
For that which longer nurseth the disease;
Feeding on that which doth preserve the ill,
Th’uncertain sickly appetite to please.

Bizarrely, the relationships with the Fair Youth and the Dark Lady turned into a love-triangle, each seemingly jumping into bed with one another:

Me from myself thy cruel eye hath taken…
Of him, myself, and thee I am forsaken,
A torment thrice three-fold thus to be crossed:

A ‘highlight’ of the sonnet sequence occurs in Sonnet 40, Shakespeare catching the Fair Youth red-handed in bed with the Dark Lady. It takes him three sonnets—40,41 and 42—to get the shock off his chest.

Take all my loves, my love, yea take them all;
What hast thou then more than thou hadst before?
No love, my love, that thou mayst true love call;

Shakespeare’s life in London was utterly different to the provincial family life he left behind in Stratford. He thrived creatively and appeared liberated sexually, despite the pain this new-found freedom brought him. Through it all, he found solace in the self-expression of his most personal, private, and intimate writing in every line of his 154 sonnets. That they found their way into print—with or without the author’s consent—is gift to all of us seeking to know something of who our greatest ever writer really was.

Throughout his life, and for much of the 400 years since his death, Shakespeare’s sexual fluidity has been more than just taboo; it’s been sacrilegious and illegal. Yet fortunately today we live in a time where we’re largely free to love who we want to love without prohibitive intervention of church, government or society. Shakespeare was a literary pioneer, breaking new ground with almost everything he wrote. Fortunately for us, we live in a time where we can openheartedly accept who this great man told us he was. Through the sonnets, William Shakespeare left us the diary of his heart. 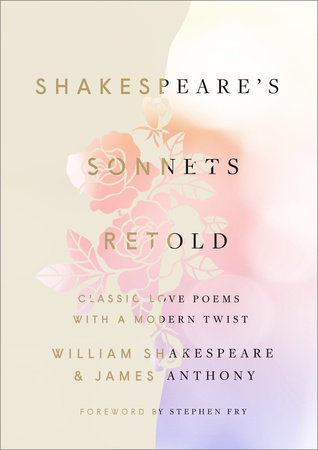 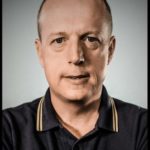 JAMES ANTHONY was born in Essex, raised in East Anglia, lived much of his adult life in London, supports Middlesbrough Football Club, and now lives in New York City with his wife, Versha.

JAMES ANTHONY was born in Essex, raised in East Anglia, lived much of his adult life in London, supports Middlesbrough Football Club, and now lives in New York City with his wife, Versha.