It’s Not About the Ballgame

Chris Pavone reflects on fatherhood, an American pastime and seeing the nation through his sons' eyes.

By Chris Pavone • 5 years ago 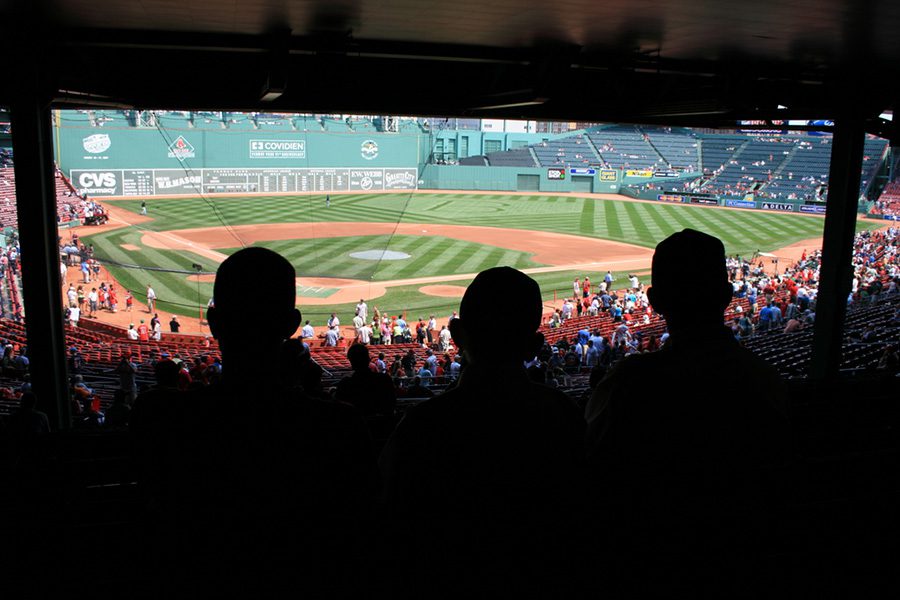 “This was fun,” said one of my twins. “We should go to every baseball stadium.”

I looked down at this kid, smiling and nodding, agreeing with his idea. We were exiting the relatively charmless Citizens Bank Park, plunked down in a paved ocean of parking lots in urban-blighty South Philadelphia. The hapless Phillies had lost in a sparsely attended, poorly played game between two teams we didn’t care about. This was not the best that spectator-sport baseball had to offer us.

My first instinct was to say No, that’s ridiculous, we’re not doing anything of the sort. But trying to be a mindful parent—purposeful about my decision-making, less profligate with knee-jerk No’s—I didn’t answer immediately.

We were in Philadelphia because there’s a random day in early June when New York City public schools are closed for no good reason. Previously, this day had snuck up on me (oh crap! the kids have no school today!), but this year I saw it coming, and I was determined to do something fun with it. Like maybe go to a ballgame. But our team, the Yankees, weren’t playing. Nor for that matter the Mets. Boston wasn’t far away . . . but no, the Red Sox were on the road.

The night before, we drove down the turnpike, checked into a modestly priced chain-hotel suite. In the morning we walked across downtown Philly, admired City Hall (once the tallest habitable building the world; the type of superlative that eight-year-olds love), visited the Liberty Bell and Independence Hall, cradle of American democracy. We had a tourist lunch in the Reading Terminal Market, a stroll through Rittenhouse Square, a hugely satisfying hour in the Franklin Institute. This was like the greatest hits of elementary-school field trips, in America’s first capital, but with Dad instead of a teacher, no lurching bumpy stinky bus, no homework. I even arranged for a couple of their friends to meet us at the ballpark. There was nothing about this day that wasn’t great.

“Yes,” I answered, “you’re right. We should go to every ballpark.” 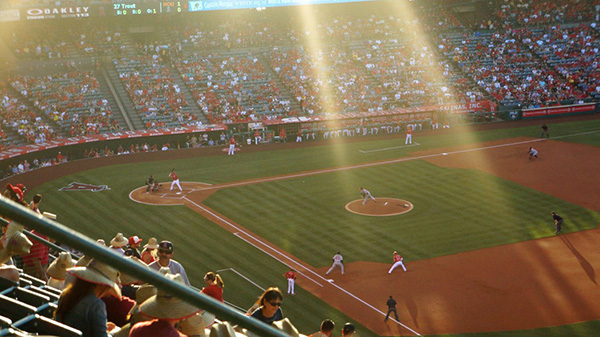 In Southern California, we visited Will Rogers State Park, the Santa Monica Pier, toured Beverly Hills and Hollywood, ogled the basin from Mulholland Drive. We had lunch with friends in Echo Park, dinner with others in Pacific Palisades, drove up the Pacific Coast Highway for a fish-shack lunch in Malibu.

The Dodgers weren’t in town, so we endured the inimitable freeway traffic down to Anaheim, another utilitarian stadium surrounded by parking lots. But a terrific surprise after the final pitch: to celebrate Easter, kids were allowed to run the bases! So we queued up. We waited patiently. And then my boys sprinted around a Major League infield, heads down, elbows pumping. One of them surreptitiously scooped up a palm full of dirt from the warning track, put it in his pocket, didn’t admit it to me until we were back in New York. That dirt now hangs in a Ziploc on his bulletin board, labeled “Anihim dirt.”

We spent two weeks in Northern California, mostly for Yosemite, but also Big Sur, the Monterrey Aquarium, Carmel. And of course San Francisco: Twin Peaks and the Marina, Nob Hill and Telegraph Hill, the de Young museum and the Exploratorium (twice), a thrilling glimpse of the America’s Cup. Dinner in the Zuni Café, tacos in the Mission, a party in Marin. And yes, a couple of ballgames, on either side of the bay.

I was apparently not thinking very clearly when I planned a spring-break trip to the Upper Midwest to check off three ballparks. The first was Milwaukee, where in early April it snowed on us, and not just a dusting. But the kids were more than happy to wipe off the windshield with their bare hands, and the Brewers were ready for this sort of thing: Miller Field has a roof.

No such luck in Chicago. When we arrived to U.S. Cellular Field for our White Sox game, we discovered that our section was closed, in fact the entire upper deck seemed to be off-limits, all ticket holders being reassigned seats in other sections. Why? Because it was too cold, 39 degrees for first pitch, and falling. We were given seats out in right field, a bad angle, unsatisfying. So we became ballpark hobos, wandering from section to section, trying to stay warm, watching the game from a half-dozen sections, eating from a handful of vendors. “This is fun!” 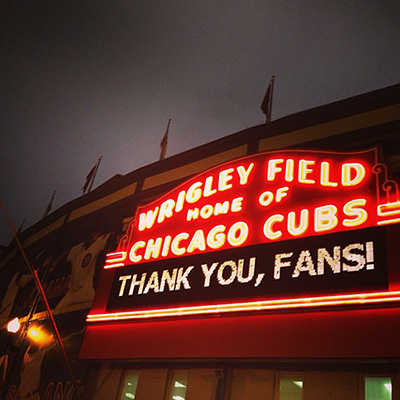 We took the subway up to the North Side for a day game, bright sky, clear air, passionate fans, a great game. Every couple of innings, though, we had to retreat to a south-facing terrace that looked out to the street instead of the field, but it was in the sunshine, and the concession stand had run out of hot chocolate, and we needed to warm up. But despite the cold, Wrigley Field tied with Fenway for our favorite park—intimate and urban, old and challenging, seen-it-all and still standing, like a grandparent.

And the city was terrific. I was in my mid-forties, but somehow I’d never before in my life visited Chicago—never on a business trip, no friend’s wedding, not a vacation I’d chosen over Paris or Mexico. There had never been a specific reason for me to be there, taking an architecture tour on the river, gazing out from the top of the Willis Tower, riding the el and wandering the Loop. So I hadn’t been there.

That was true of a lot of America, for me. This is a big country.

But in the past few years, we’ve seen a lot more of it. We’ve driven thousands of miles in twenty states, across swamps and forests, mountains and desserts. We’ve explored Baltimore’s Federal Hill, o’er whose ramparts we watched; we pedaled for our lives past an alligator that was blocking the bike path in the Everglades; we crossed the Continental Divide, hiked in Arches and Zion and Bryce National Parks, the Grand Canyon too. And we’ve seen home games of the Orioles and Marlins, the Rockies and Diamondbacks.

We’re now halfway through this quest. My boys still think our goal is to visit every Major League ballpark. I know different. 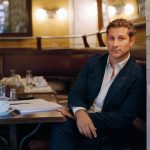 CHRIS PAVONE is the New York Times bestselling author of The Expats and The Accident. He is the winner of the Edgar and Anthony awards for best first novel. He was a book editor for nearly two decades and lives in New York City with his family. His new novel, The Travelers, is out now. 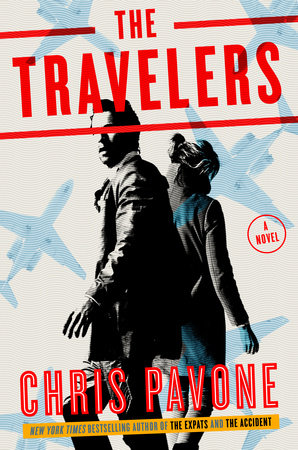