Exclusive Interview with Suki Kim, Author of Without You, There Is No Us

Suki Kim talks about her haunting memoir of teaching English to the sons of North Korea's ruling class during the last six months of Kim Jong-il's reign.

By Suki Kim, author of Without You, There Is No Us • 6 years ago

RIF: Why did you title the book Without You, There Is No Us?

SK: That’s a line from a song I heard my students chanting as they marched to the cafeteria. I heard it so often that I memorized the tune and the lyrics. The “you” in the song is clearly Kim Jong-il, and from what I saw, the lyric accurately describes their world.

Life in Pyongyang was vastly different from life in the U.S. In your time there, what was the most difficult thing to get used to?To never be left alone is extremely exhausting. The minders were always watching, the students were reporting on us; every meal, every conversation, every class was under scrutiny.

Our rooms and offices were bugged. Each building on campus was connected by an enclosed walkway with windows on either side, so everything everywhere was visible. We had to get permission for everything as though we were children. Thinking was dangerous, but there was also no time for thinking. It sometimes felt as though “I” did not exist. This was a very foreign feeling—deeply claustrophobic and sometimes almost unbearable.

Read It Forward: What surprised you most about the young men you taught?

Suki Kim: The duality of their personalities. They were the crème de la crème of North Korea, mostly from wealthy families in Pyongyang, and yet they were respectful, earnest, almost provincial. They could be sweet and boyish, yet they were fervent followers of the Great Leader, and when they were in that mode, they seemed one-dimensional and almost robotic.

Three times a day, they marched to the cafeteria, in formation, chanting patriotic songs, like soldiers. They spoke in a way that was very scripted. There were phrases all my students repeated all the time, such as “powerful and prosperous nation,” an expression I had already heard from other North Koreans on previous visits. Their songs were extremely violent and aggressive towards America – for example, the lyrics of one song were about hunting the heads of Americans – but at the same time they were incredibly excited for the chance to watch Harry Potter.

RIF: What were your students’ knowledge of and attitudes toward the West?

SK: They could be very naïve. One student asked me if people spoke Korean in the outside world and another asked whether it was true that naengmyun (their national dish) was hailed as the best in the world. Their lack of general knowledge astounded me. Many of them did not know what the Eiffel Tower or the Taj Mahal was. They thought their intranet, a censored network of pre-downloaded information, was the same as the Internet. And although their majors were in science and technology, they didn’t know when the first man walked on the moon.

But all of them could recite exactly when and for how much Alaska was sold to America—a lesson on imperialism. And they all knew the book Gone with the Wind, although they called it Disappeared with the Wind. I always wondered whether they were allowed to read it because the book is about a war between North and South, and the North wins!

RIF: You say that you came to love your students. What did you love about them?

SK: We were more or less trapped together in a walled compound, and in those circumstances love or understanding or camaraderie often develops. It was not possible not to love them. My students were very innocent, almost childlike, because they had been so sheltered from the world.

They still had that old-world ethic of respecting their teachers and obeying their parents, and they were shy. Shyness is something I haven’t seen much in young people of the same age in the United States. In this odd way, they seemed pure. 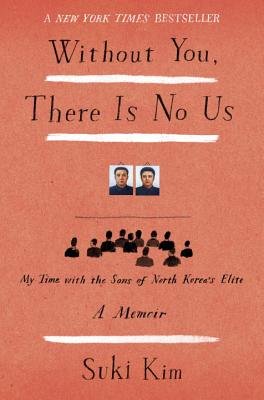 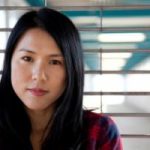 SUKI KIM is the author of the award-winning novel The Interpreter. She has been traveling to North Korea as a journalist since 2002, and her essays and articles have appeared in the New York Times, Harper’s, and the New York Review of Books. She has been the recipient of a Guggenheim, a Fulbright, and an Open Society fellowship. Born in Seoul, she lives in New York. To watch videos, read an excerpt, and download the book club discussion guide, visit SukiKim.com.

About Suki Kim, author of Without You, There Is No Us

SUKI KIM is the author of the award-winning novel The Interpreter. She has been traveling to North Korea as a journalist since 2002, and her essays and articles have appeared in the New York Times, Harper’s, and the New York Review of Books. She has been the recipient of a Guggenheim, a Fulbright, and an Open Society fellowship. Born in Seoul, she lives in New York. To watch videos, read an excerpt, and download the book club discussion guide, visit SukiKim.com.