Edgar Cantero, author of Meddling Kids, on how he writes in other than his mother tongue.

By EDGAR CANTERO • 4 years ago 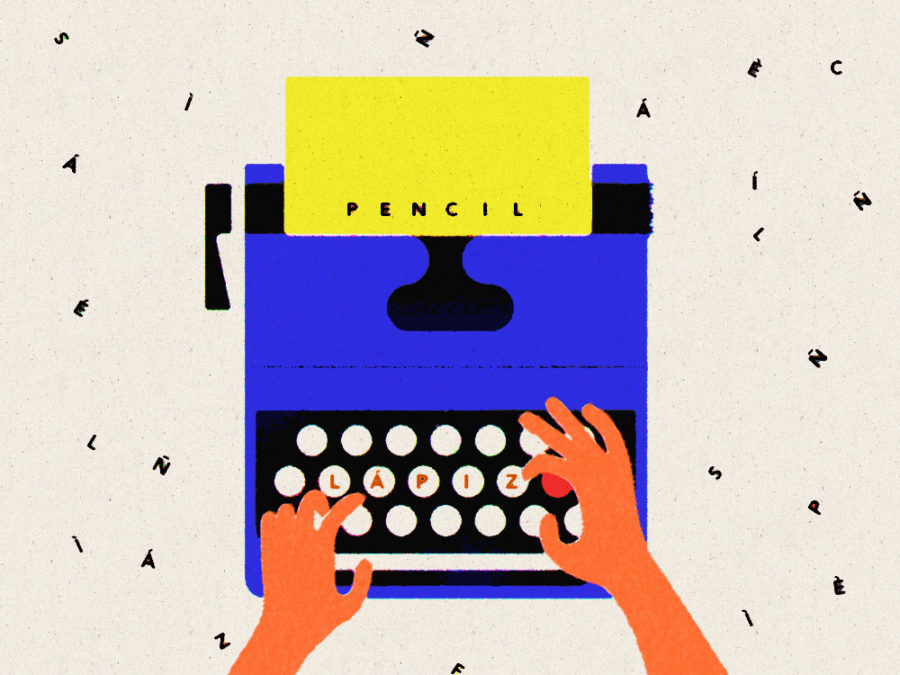 I have written and published two novels in English, which is my third language. And I don’t even say that too often. Not because I don’t like to boast (I love to boast), but because not that many people think it’s impressive. In Barcelona, where I’m from, most people do deem it remarkable; in the U.S., some people nod and micro-whistle appreciatively, while others just look confused while I further explain that I didn’t grow up in an English-speaking home or country at all; I just took lessons. And they still don’t get it. In the end, I have to break it to them that some people in the world do not speak English. And then their heads explode. This is a common response, especially in a large area experts call the Exploding-Heads Belt. It’s messy down there—all covered in brain chunks and gore. No wonder they call them red states.

A few things to unpack from that first paragraph: First, pretty much everyone born in Catalonia grows up with two native languages: Catalan and Spanish. That accounts for our résumé inflation. Second, the reason I can sit here in Barcelona and joke about red states is not because the intricacies of American politics are well known overseas. It’s because Jon Stewart is.

Like many on my continent, I have been exposed to anglophone entertainment for decades. And it has molded my English skills (despite the curse of dubbing), and above all, my tastes. English is to me the language of blockbusters, sitcoms, pulp sci-fi, and video games. It is also, incidentally, the language several real countries speak. I didn’t write two novels in English—I wrote them in Hollywoodese.

The first serious thing I wrote in English was a 150-page fanfic in screenplay form. I was 23. I had not taken a lesson in six years (to this day, my only qualification in English is a First Certificate, an intermediate degree for foreigners), but two recent circumstances encouraged me: I could now read English books thanks to my college library, and I could watch movies in the original audio thanks to the advent of the DVD.

Those were big game-changers. Up to then, all I had read in English were textbooks and abridged classics, presented in poor but functional style, with a limited vocabulary I could easily correlate to Spanish words in one-to-one equivalences. In unadulterated novels and films and comics and games, English speakers surprised me in every sentence. Not just Jane Austen or Edgar Allan Poe—also Samuel L. Jackson and Buffy: nothing they said (even the relation of the most trivial fact) was phrased as I would phrase it, because they were not bound by literalness, by simplicity, by universality. They spoke as you speak, in idioms and jargon and uncatalogued phrasal verbs. Your English is organic; mine was orthodox. Books and movies showed me a wealth of monosyllables with complex, nuanced meanings. I became obsessed with some words (not obscure words, simply non-basic ones that you would never think twice about: swirl, slip, paw, stub, flick),  which I had ignored up to then because they had no unequivocal one-word translation in my tongues. I admired every English writer because any six words strung into a sentence bewildered me.

That 150-page fanfic, though thankfully long-forgotten, proved to be a good exercise: when I began The Supernatural Enhancements in 2012, I had no fear of English. Perhaps not even basic respect.

It is a clichéd observation that English is a flexible language; for all it matters, I think it’s also true. Not only because a noun can often double as a verb or a modifier (crash / crashed / crash-landed), but because English is regulated by its users. Whereas Spanish and Catalan are governed by official institutions that publish reference dictionaries and grammars, English keeps minting new words that don’t need a judge’s approval to be ruled “correct.”

I love that flexibility, and I often (inadvertently) put it to the test. In my reasoning, if you can crash-land, you certainly can kaboom-land. If harrumph is both a sound and the verb meaning to make that sound, surely wow can operate the same way (hence, “he wowed”). If you can make up words, I can too (hence, “he tragichuckled”). My compatriots do think it was hard for me to write two novels in English; the truth is I enjoyed it more than writing the previous two in Catalan. Catalan lives in the shadow of Spanish and its regulation is often more focused on its protection than its progress. The conservatism of the governing institution rubs off on the enforcers (copy editors, proofreaders). I was not allowed to have my characters speak as my friends and I speak; the fighting was exhausting. In English there is no fighting, partly because I lack the hubris: If a native editor says I just got the words poodle and puddle mixed up, they must be right; I’m playing by ear half of the time anyway. But another reason is that my American editors grant me a lot of leeway. They don’t abide by a set of rules dictated by old wise men in their court of law. The closest thing you’ve got to a god of language is the Twitter feed of the @MerriamWebster. That is so cool.

There are many reasons why I switched to writing in English. For this piece, however, I chose to tell you about the one I can boast the least about: that I am a big child, your language is a toy, and I’m happy to play with it and pretend I sound like Austen, Buffy or Samuel L. Jackson. And my editors allow it, even though they’re well-aware that my conversational English is far from perfect: I do mix up poodle and puddle all the time. Earlier, I had to look up the idiom “play by ear” before I wrote that I play by ear while I’m writing. And the line, “words strung into a sentence bewilder me” is a quote from the movie Torque. Yes, I said that: Torque. A film best described as “bikers’ response to the Fast and Furious saga” taught me English. This is the monster you created. Thank you. 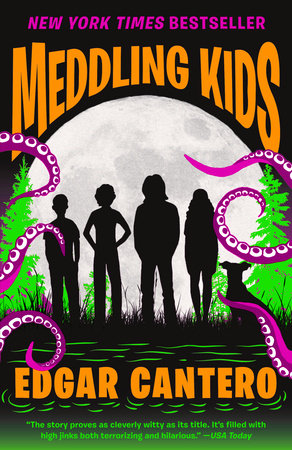 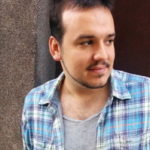 EDGAR CANTERO is a writer and cartoonist from Barcelona who works in Catalan, Spanish, and English. He is the author of The Supernatural Enhancements.

EDGAR CANTERO is a writer and cartoonist from Barcelona who works in Catalan, Spanish, and English. He is the author of The Supernatural Enhancements.