Huan Hsu on Being Half-American, Half-Chinese

Have you read any books - fiction or non-fiction - set in China? Share it in the comments!

On a leafy street in Shanghai’s former French Concession, lined with mature planetrees planted by Europeans during the colonial era, there’s a small English-language bookstore that does an admirable job of stocking books about China. When I lived in the city, I would occasionally stop in to fortify myself with a coffee or gelato from its café and scan the narrative non-fiction titles.

The store’s collection—Peter Hessler’s Oracle Bones, Rob Gifford’s China Road, and John Pomfret’s Chinese Lessons, to name a few—revealed a couple of things. One, there are a lot of books on China being published these days, and two, many of those books are being written by people who aren’t Chinese.

There’s nothing wrong with this, of course. Some of the writers behind the books I most admire—Elizabeth Gilbert’s The Last American Man, Susan Orlean’s The Orchid Thief, Tony Horwitz’s Confederates in the Attic, John Berendt’s Midnight in the Garden of Good and Evil, Rebecca Skloot’s The Immortal Life of Henrietta Lacks, everything by John McPhee—aren’t Chinese.

And Hessler and Gifford and Pomfret wrote fantastic books; they likely speak better Mandarin and feel more comfortable in China than I do. But they’re not Chinese. And while books about the Chinese-American experience in America are plentiful, that Shanghai bookstore seemed to indicate that the story of Chinese-Americans in China remains unstudied.

I didn’t set out to write a “Chinese” or “Chinese American” book. Growing up, I did my best to ignore my ancestry, though it always confused me to hear China referred to as the “Far East”; from my home in the mountains of Utah, China seemed pretty far to the west of me. Yet once I was in China, searching for my family’s long-lost porcelain, I always managed to find complete strangers who were willing to talk to me, answer my questions, and welcome me into their lives not as a writer or a researcher, but as family. I assumed that their candidness and hospitality was cultural, offered to any stranger who might stumble into their world.

But then I slowly noticed how easily connections could form, how I could move without attracting attention from locals, all thanks to my roots. I had the privilege of tap-dancing around China’s sensitivities, gauging my identity to my audience. I could be American, or I could be Chinese—depending on which would better serve the story I was writing.

The benefits of this duality crystallized one rainy spring afternoon when I was taking refuge in a Jingdezhen coffee shop with a Chinese art student. We were candidly discussing the exceptionalism that had led to so many disastrous events in Chinese history (Mao famously said that the struggle against the heavens is one that will sustain people forever) and, I believed, created a culture almost impervious to real progress. “Sometimes I feel like Chinese people are either stupid, which is bad, or naïve, which isn’t much better,” I said.

A visiting Dutch artist sitting at the next table gasped. “You know you’re talking to a Chinese person, don’t you?” she whispered.

At that moment, I wondered how qualitatively different my conversations in China might have been if I was not both Chinese and American. Even though I’m not a native, I still notice this sense of familiarity when I encounter Chinese abroad, something I only experience by virtue of being Chinese American. The Chinese are eager to have foreign friends, but there remains a guardedness, perhaps born of inferiority, or pride, or something else carved from China’s long history, that seems to make it difficult for a native Chinese to be truly open with anyone they consider an outsider.

That the recent China books weren’t penned by Chinese Americans doesn’t diminish the accomplishments of all those other writers; indeed, it highlights their talents. Eventually, I began to realize that the accident of having been born Chinese in America wasn’t a burden but a benefit. The often frustrating marginalization of being half-American, half-Chinese, half-foreigner, half-native in China allowed for an experience of fluidity and insight into the country and its culture that I realize now few could have had. Though I went to China seeking precious heirlooms, I unexpectedly discovered a unique multitude of identities, which is my most valuable inheritance.

Congrats to Karen L., Diana C., Barry L., Linda C., Joy R., and 45 other members of the Read It Forward community! Their entries were selected at random to win an Advance Reader’s Copy of The Porcelain Thief by Huan Hsu. 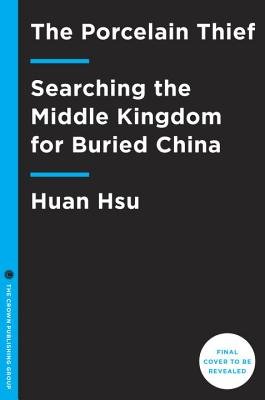 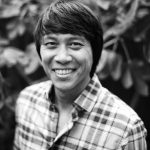 HUAN HSU, born in the Bay Area and raised in Salt Lake City, is a former staff writer for the Washington City Paper in Washington, DC, and the Seattle Weekly. He is the recipient of two Society of Professional Journalists awards and has received recognition from the Casey Foundation for Meritorious Journalism. His essays and fiction have also appeared in Slate, The Literary Review, and Center: A Journal of the Literary Arts. He currently lives in Amsterdam and teaches creative writing at Amsterdam University College.

HUAN HSU, born in the Bay Area and raised in Salt Lake City, is a former staff writer for the Washington City Paper in Washington, DC, and the Seattle Weekly. He is the recipient of two Society of Professional Journalists awards and has received recognition from the Casey Foundation for Meritorious Journalism. His essays and fiction have also appeared in Slate, The Literary Review, and Center: A Journal of the Literary Arts. He currently lives in Amsterdam and teaches creative writing at Amsterdam University College.