How Motherhood Changed Me as a Woman (and a Writer)

Things that come from being a mom: resilience, anxiety and fear, and sometimes, a book.

By HARRIET WALKER • 9 months ago 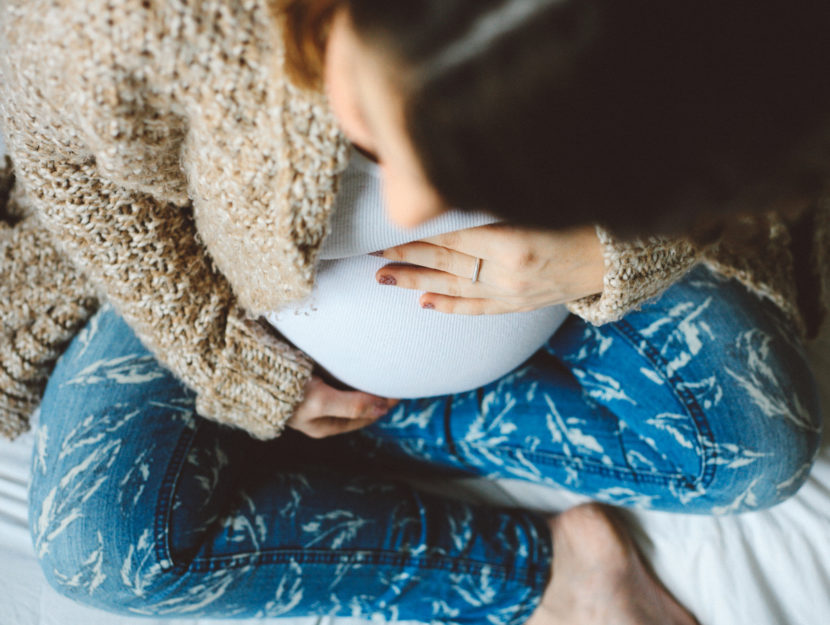 During my first pregnancy, I had a recurring dream that I was awake and lying in my bed, listening to a stranger downstairs watch television. It wasn’t exactly a nightmare, but in it I felt unsettled. Who was this person? How had they got in? And why was it more sinister that they’d simply settled in to watch game shows than tried to steal anything? Could it just be that everything about game shows is quite sinister anyway?

At one point, I had it every night for a week and the anxiety began to leech into my day long after I’d woken up.

When I told my mother she laughed, “well, who do you think it is?” and gestured at my stomach. The wriggling shape in there had taken to hiccuping late into the night while I struggled to drop off. Of course! I almost slapped my forehead at the hokey-ness of my own subconscious: The New Girl had moved in.

I wrote my novel of the same name during my time off with my daughter, working out plot points as I pushed her in the buggy and tapping out chapters during naps and between feeds. As a full-time journalist, I’m used to finding time to write whenever I can, but this was the first fiction I had attempted in years—and the first I’d ever finished.

I can’t say what exactly made me put the opening lines down one day, I simply felt compelled to. I wonder now whether the presence downstairs wasn’t my daughter but my book; the two seemed to arrive together, and while my body was busy feeding, changing and shhhing her, my mind had the time to explore the story.

Pregnancy was a glitchy time for me. If there’s a reason the domestic noir flowed while on maternity leave, it’s in part because I’d felt uncomfortable in my own skin for so long by then—literally as well as figuratively, from bad backs to existential crises. I don’t say this to highlight any personal trauma: I count myself as having had a pretty easy ride throughout. My baby slept and smiled, my husband cooked, cleaned and cared for us both, but I was a nervous wreck.

We live in a era that thrills in debunking the bullshit women have been told about their own lives for centuries—that periods are shameful and our emotions make us weak, that we must smile and accommodate, that we were asking for it—but we haven’t come close to zapping some of the myths around pregnancy and motherhood, and all the bouncing, beatific expectations they still come with. That you’ll glow (ha!), that you’ll only feel excitement and wonder, that crying every day for the first three months is a sign you’re struggling rather than completely normal. There’s something so wholesome, so well-rounded, in the expecting mother caricature: a women with all her corners smoothed away. I was pure edge throughout.

Even before the panic of arriving home with a newborn in the guise of newly minted adult, well in advance of the daily terror of killing or otherwise damaging her, I noticed a physical—biological, even—shift towards caution and fear as my baby grew inside me. I jumped at the tiniest noises and adrenaline would course through my body, almost deafeningly, for three times as long as it used to. Walking down the street, I leapt out of my skin at cars honking several blocks away. If somebody called my name, I was overwhelmed with a sense of having done something wrong and been found out. I woke up sweating as though I had a secret. I became almost medievally superstitious; you do, when you feel your happiness is in fate’s hands rather than your own.

My husband laughed at me—and I did too sometimes—but still I skulked around like a guilty thing. “Why do I feel as though I have blood on my hands?” I asked him more than once.

That was the starting point for my novel, The New Girl: the jumpiness, the paranoia, the endless self-doubt that afflicts new mothers—and less new ones, I’m learning. If there’s anything more Hitchcockian about hatching another identity within your own body, it’s the astonishing talent for gaslighting yourself that comes with its arrival into the world.

Early motherhood is a magical, wonderful time, but it is also a period of amnesia, total sublimation of your self, and frighteningly strong emotions that leave you listing like a ship in a gale. Then, as you gain a little in confidence with your baby, the old anxieties return: the ones about your own life, your own personality, what you’re missing at work or among your friends, or whether your pre-bump trousers will ever fit again.

In the UK, longer parental leave usually requires someone to cover the job in your absence—a stand-in who takes over your desk and your phone number, your responsibilities and your decisions. There is a scene in the book where a group of mothers discuss the women brought in to replace them—from wildly ambitious interns to the boss’s new girlfriend, all of these are anecdotes I myself heard while I was pregnant. They didn’t do much to soothe my nerves.

As a fashion editor, image is part of my job. I felt further from it with every stretch of my waistband and, by the time I left the office ahead of the birth and somebody else stepped in, it wasn’t hard to conjure a younger, thinner, prettier woman I hadn’t expected to worry about for at least another decade or so.

The New Girl is not meant to be yet another airing of the ways in which women maliciously hurt each other—something else we’ve been told for too long—but about the way anybody can inadvertently trigger a worry, a mood, a painful memory without even realizing. How we trigger them in ourselves, in fact, because of the things we carry with us over the years. It is about the darkness that plays around the edges during even the brightest moments of life, but also about the sort of fear that can galvanize instead of cripple. I am far more resilient now than before I had my daughter.

I wanted to write a thriller that was as much about atmosphere as it was about wrong-doing, where female protagonists wielded emotions rather than weapons, and one that was, above all, about identity. How it harrowing it feels when someone tries to take yours from you—and how good it can feel to change their diaper and clamp them back on your breast regardless. 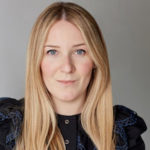 HARRIET WALKER is the fashion editor of The Times. She has been a newspaper journalist for more than ten years and has also written for Vogue, Elle, and Harper’s Bazaar, among others. Born in Glasgow and raised in Sheffield, Harriet Walker studied English at Trinity College, Cambridge, and now lives in South London with her husband and their daughter. The New Girl is her first novel.