How Books Can Help Us in Times of Transition

By BRUCE FEILER • 7 months ago 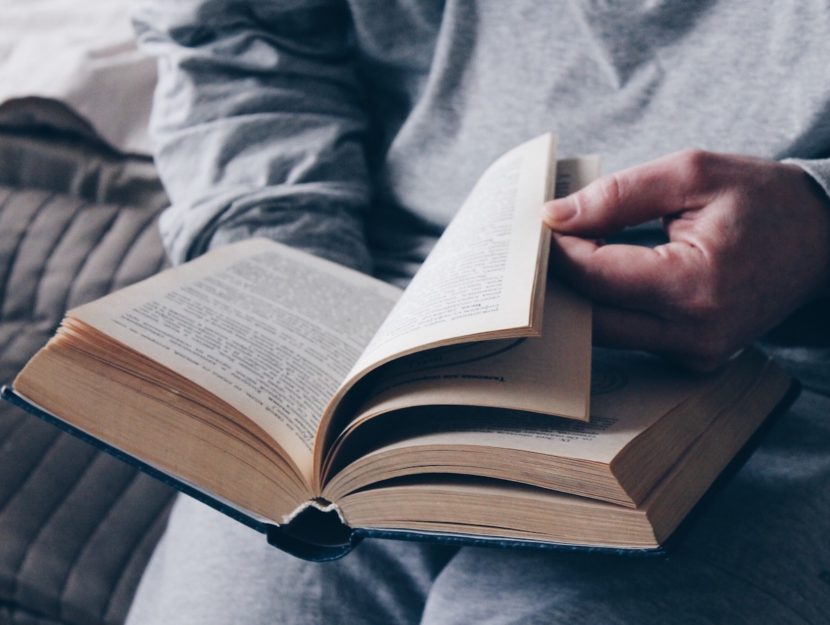 I’ve always loved books, but I didn’t fully understand their power to help and heal until I met Christy Moore. Christy was one of the hundreds of people I interviewed as part of a five-year effort to collect life stories of Americans in all 50 states who’d been through wrenching life changes.

Spurred by a string of personal crises—a suicide attempt by my father, financial hardship, a life-threatening cancer diagnosis—I became passionate about how people navigate times of disruptions in their lives. I call these events lifequakes, because the damage they cause can be devastating and their aftershocks can last for years.

With a team of twelve, I then spent a year coding these interviews for 57 different variables, from high point to low point, from what advice from friends is most helpful to what types of solutions are more effective, identifying patterns and takeaways that can help all of us survive and thrive in times of change.

What I learned is that the variety of changes we experience in our lives is increasing and the pace at which we experience them is quickening. I also learned that we can master life transitions, but only if we take the time to learn the skills that make them most effective.

One theme caught me by surprise, and it’s the role that reading played in helping people find meaning, purpose, and direction in times of uncertainty.

The person who first taught me this was Christy Moore.

Christy always hated school. “I hated it from the very first day,” she said of her childhood in Savannah. Georgia. “I would pretend to vomit at the bus stop in order to stay home.” Christy became a rebel, started dating a football player, and, the summer before her junior year, became pregnant. Six weeks later, she and her boyfriend, Roy, were married. He dropped out of college and got a job at Kentucky Fried Chicken; Christy dropped out of high school and got a paper route.

In the next eight years, Christy and Roy had three children. They had to switch churches because her old community shunned her. But when he needed multiple surgeries, tumbling them into debt, she knew they needed a change.

Then something unthinkable happened.

Christy used to take her daughter to the public library for toddler time. One day, when Christy was pregnant, she plopped down in the nearest comfy chair. She reached over and grabbed the only book she could reach. It was Wuthering Heights. “I didn’t understand half of what I read, so I had to read it twice.” When she finished, she went on to the next book. It was To Kill a Mockingbird. For the next five years, she slowly made her way through the entire shelf of classics—Pride and Prejudice, The Great Gatsby, Moby-Dick. And it was there that she found her answer: She would go back to school.

On the day she dropped her third child at preschool, Christy drove straight to the local university. “I cried the entire way. I thought, I’m a high school dropout. I’m not smart enough.” But she made flash cards, studied at traffic lights and ballet practices, and four years later earned a bachelor’s degree in respiratory therapy. Next she got a master’s degree. Finally, after a bout of thyroid cancer, she took the biggest leap of all. She enrolled in a doctorate program in adult education.

Six years later, a full sixteen years after picking up Wuthering Heights and thirty-eight years after purposefully throwing up on the first day of kindergarten, Christy donned a cap and gown and walked down the aisle. She had gone from GED to PhD. She called it the happiest day of her life.

Though life transitions often seem daunting and overwhelming, they actually have a structure and shape that allows them to succeed. That shape is built on three phases: “the long goodbye,” “the messy middle,” and “the new beginning.”

In the long goodbye, we confront the emotions that are preventing us from moving forward. The top three are fear, sadness, and shame. We also invent rituals that help us tame those emotions. Those could be getting tattoos, jumping out of planes, or holding memorial services.

In the messy middle, we shed certain habits. These could be mindsets, attachments to money, or weight. We also turn to breathtaking acts of creativity—from painting to writing to learning to play ukulele. These allow us to imagine a better future.

In the new beginning, we start new personal projects—move to a new home, or start a new venture—and update our personal stories to accommodate our new life.

The people who shared that reading played a critical role in their life transitions turned to books both for comfort and for inspiration.

They are people like Elisa Korentayer, who stuck in a rut with a string of unfulfilling jobs in New York, turned to Julia Cameron’s The Artist’s Way and decided to try songwriting.

Nineteen writers’ colonies turned her down. Her twentieth application was to New York Mills Regional Cultural Center in Minnesota. The center also recommended a guide for a local canoeing trip. A year later she married that guide, sold her belongings, and moved to Minnesota permanently.

Davon Goodwin, who loved tending plants as boy in inner-city Pittsburgh, dropped out of college, joined the Army, and suffered a traumatic brain injury in Afghanistan. Davon’s rehab officer insisted he could never read again, but Davon didn’t believe him, so he checked out of his program and reenrolled in college. After earning his degree, he got married, had a son, and now manages a farm.

And Rosemary Daniell, who was married in Georgia at sixteen to an abusive husband and whose second marriage failed, too. At twenty-four, she saw a flyer for a modern poetry class. “I had never heard of Emily Dickinson or any of those people, so it was like being evangelized.” She’s been a professional poet for sixty years.

What these stories have in common is that in times of difficulty and stress, when our lives seem unmoving and unmoored, a book can show the way. Books can be catalysts to help us see new sides of ourselves and inspiration to remake ourselves when we need it most.

They lead us into transition.

And if there’s one thing I learned in all my conversations it’s that transitions work. Ninety percent of the people I spoke with said their transition came to an end. You will be OK. Even more, these periods are essential to being alive. William James said it best a century ago and we should heed his wisdom: “Life is in the transitions.”

Transitions are not going away; the key to benefiting from them is not turning away. As fairy tales, the most enduring stories of all, teach us: You shouldn’t shield your eyes when the scary parts start; that’s when the heroes are made. 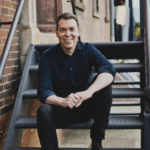 BRUCE FEILER is the author of six consecutive New York Times bestsellers, including Council of Dads and The Secrets of Happy Families. His latest book is Life is in the Transitions: Mastering Change at Any Age, from which this piece is adapted.