Home is a Moving Target

By BRENDAN JONES • 5 years ago 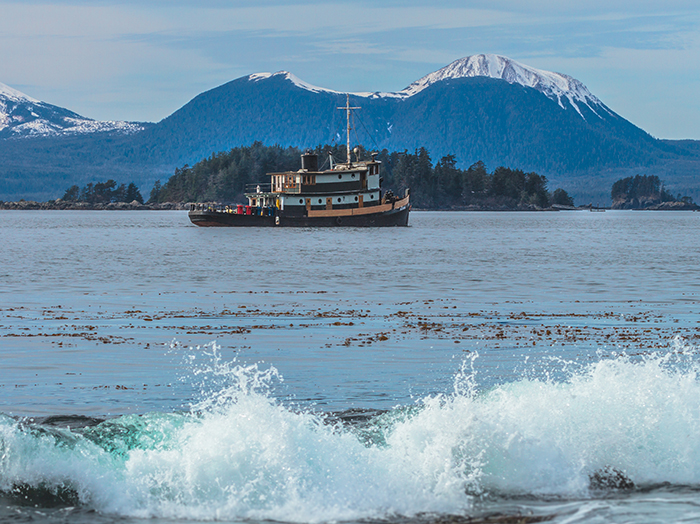 Home, of course, is a moving target. Coming back east to visit family in New Jersey and Philadelphia—flying over the Navy Yard, picking up a soft pretzel in a brown paper bag in the Philly airport concourse—over the past few years it’s hard not to feel as if, on some level, my wife and I are coming home when we bring our daughter to see her grandparents. Then again, we live on a World War II tugboat in Sitka, Alaska. Our daughter first helped butcher a Sitka black-tailed deer at eight months. She’s definitely an Alaska girl, although we do encourage her Rocky look. Yo, you looking at me?

The conceit of my novel The Alaskan Laundry, which takes place both in Philadelphia and Alaska, is that the 49th state is an industrial-sized washing machine on continuous cycle, allowing all those who come to the last frontier to get clear of their checkered pasts. Such a project is impossible, as I came to discover at the age of 19, when I first arrived in Alaska, and spent nine months living in the woods. No can remove the numerous needle-marks of the past, which may explain why there are so many reality shows filming in the state—because really, what makes better TV than a man or woman dropped into an impossible situation, while trying to escape their demons? The Alaskan Laundry is a testament to the places that shape us and the places that change us, and centers on Tara Marconi, a young woman who has made her way from Philly to “the Rock,” a remote island in Alaska. Her mother’s death left her unmoored, with a seemingly impassable rift between her and her father. But in this majestic, rugged frontier she works her way up the commercial fishing ladder—from hatchery assistant all the way to king crabber. Disciplined from years as a young boxer, she learns anew what it means to work, to connect, and—through an unlikely old tugboat — how to make a home she knows is her own. 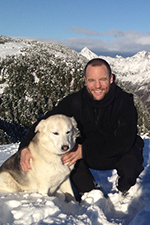 A friend of mine has “home” tattooed in lower-case letters across his spine. In Garamond, of all fonts, quaint and elegiac at the same time. His point being, I suppose, that home is where his body is. Tara, my main character, wouldn’t buy this idea in a million years. Maybe it’s her Italian, old-world wiring. Home will always be exterior to her—a tugboat in Alaska, a rowhome in Philly—which I’m sure will annoy a slew of literary readers, who expect a high degree of enlightenment from their main characters. But sorry, that’s not how folks raised in South Philly roll. It’s just not.

Early on in the writing, when the novel was a mess of characters and multiple points of view, Tara came to be after I saw a black-and-white photo of a beautiful young woman in a Southeaster hat and Levis, leaning against the door jamb of a coffeeshop in Sitka. You could see in her eyes she had stories to tell, demons she was outrunning, but had gotten far enough out ahead to take a breath and smile.

As the other characters in the novel began to peel away, Tara stepped forward. And so did the theme of home. I’ve found that if you’re writing about something good, I mean if you’re really into it, the white heat of it, there’s this ebb and flow motion; you’re writing up to the edge, then pulling back. And this is how it felt with her. There was an activity to her character, a dynamism that entered her scenes. My editor, to her great credit, realized this before I did. Me, I just wanted to write a dirt and grit book of American realism, a story of this rough and tumble state and the people in it. But it’s remarkable how quickly the scope of the story shrinks when you write dirty realism. Pretty soon you find yourself back in the world of reality television, featuring sketches of characters doing difficult—and highly watchable—things in a tough state. That’s all. And if you’re not interested in the outdoors, interested in what’s happening on an experiential level, then this book won’t hit your gong.

My mother took me to the airport to see the Flyers return from Edmonton after losing the 1987 Stanley Cup. I was at my friend Jeff Marrazzo’s when Mitch Williams gave up the walk-off home run to Joe Carter to lose the 1993 World Series, and recall watching from my father’s bed as Randall Cunningham and the Eagles lost so sadly to the Bears in the Fog Bowl of 1988. Over and over we lose in Philly. And when we win—I was there in the city when the Phils won in 2007, out there shirtless in Carhartts, waving my rally towel on Broad Street—it’s seen as a great aberration. Losing is our due.

I wanted this counterpuncher mentality in Tara. I needed her to possess a Philadelphian’s watchful consideration, a cold eye that might be read as psychologically flat, but with that undercurrent of anger common to all losers who still aren’t convinced that losing is their due, and yet have grown used to it. Someone who feels wildly uncomfortable in the unfamiliar, as Tara does when she first arrives in Alaska, because their worlds are so circumscribed. Philly is a provincial city, make no mistake about it. At least the neighborhoods are.

So we end up with a character who is both intimidated and intimidating, who stalks the truth in her own aggressive, fumbling manner. A character who renews her sensual and emotional life, to borrow from F.R. Leavis, and learns a new awareness of what home means to her—all this despite the calamity the occurs at the end of the book.

I’ve always thought things would work out for Tara, perhaps similarly to how they worked out for me. But I don’t know. A couple people have asked me about writing a sequel, where Tara returns to Alaska to run her own boat. But I’ve lost her, I think. Written up to her edge. I can’t see if she drops the fork or holds onto it. Whether she slips or not leaving the coffeeshop or the bar. I wish her luck, all the luck, in getting exactly what she needs. Exactly, what she needs. 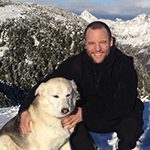 BRENDAN JONES lives on a tugboat in Alaska and works in commercial fishing. A Stegner Fellow, he received his B.A. and M.A. from Oxford University, where he boxed for the Blues team. His work has appeared in the New York Times, Ploughshares, Popular Woodworking, the Huffington Post, and on NPR.