We can speak up. We can fight back. We can take charge.

By NINA SADOWSKY • 1 year ago 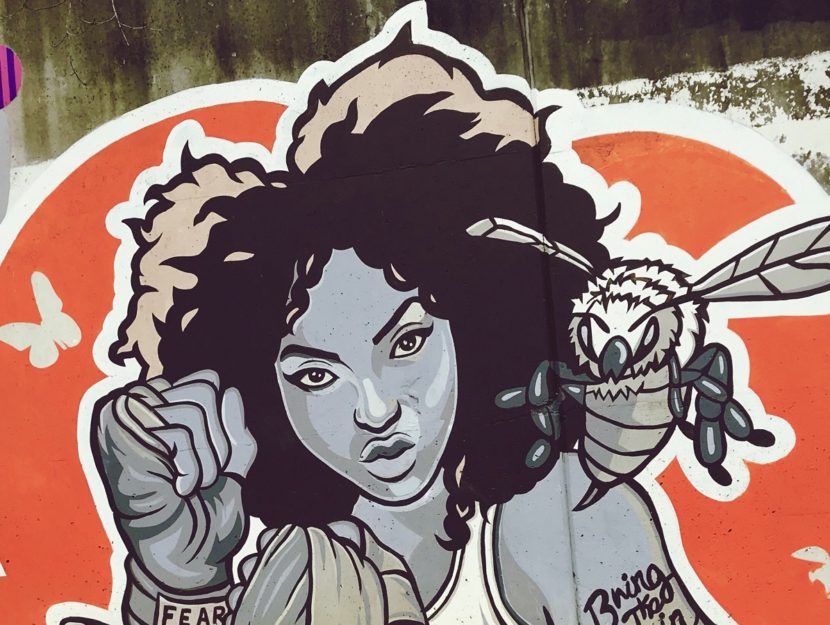 Is there a woman you know that hasn’t walked through a dark parking lot with her keys splayed between the fingers of her fist as an impromptu brass knuckle? I doubt it. Every woman I spoke to when I was thinking about my approach to this article admitted to this self-protective act with a look of weary resignation.

We live in a world where the statistics about violence against women are staggering. Estimates published by the World Health Organization state that 1 in 3 women worldwide have experienced either physical and/or sexual intimate partner violence or non-partner sexual violence in their lifetime. Globally, as many as 38% of murders of women are committed by a male intimate partner. According to the National Sexual Violence Resource Center, 1 in 5 American women will be raped.

Women as victims is a systemic societal problem that is unfortunately reinforced by some of the tropes of the thriller genre. “The Damsel in Distress,” for example, where the poor helpless female must breathlessly wait to be rescued by a man. This trope is reinforced in countless novels and pieces of filmed content, too many to name. The very notion of the “damsel,” may seem outdated, but it’s remarkable how often it prevails. It has seeped into our culture and informs our expectations, if even only on an unconscious level.

Another recently popular device in the thriller genre is that of the unreliable narrator. I’m a fan of a well deployed unreliable narrator; he or she can be used to ratchet up tension, develop red herrings and contribute to the author’s ability to manipulate tone. Too often in my opinion however, the unreliable female narrator in thrillers is psychotic or an alcoholic, a damaged creature for whom the reader feels a mixture of sympathy and revulsion rather than empathy.

And empathy is key. I believe that the magic formula for good fiction writing is to first create characters who elicit empathy in the reader, next to raise anxiety about what will happen to them, and then finally to deliver a catharsis for the reader when the characters’ dilemmas are resolved. I call it math for writers: Empathy + Anxiety + Catharsis = Good Storytelling.

Without characters for whom we feel empathy, we lose the most valuable part of being a fiction reader—the ability to imagine one’s self in someone else’s shoes. As novelist Barbara Kingsolver has written, “Good fiction creates empathy. A novel takes you somewhere and asks you to look through the eyes of another person, to live another life. Literature sucks you into another psyche.” I believe this, and I also believe that if we fail to create empathy for our characters we’ve failed our readers.

When I set out to create Catherine, the heroine of my Burial Society series, I wanted to create a woman who was complicated and flawed. Brave and resourceful, but also damaged and struggling. I wanted her to be a heroine for our time, but also one of us.

Catherine runs a “private witness protection program,” helping abused women and children, whistleblowers, and others whose lives have become dangerous and desperate escape their situations and find safe, new identities. I wanted her to be my “badass avatar,” a woman taking action against the injustices of the world in daring, perhaps morally ambiguous ways, (whereas my actions against injustice are along the much safer lines of signing petitions and attending protest marches). I wanted her to heroic, yes, but also deeply human, so that my readers would empathize with her even as they questioned some of her choices.

In creating her, I wanted her opinions and beliefs to be formed by the experiences I imagined for her as well as my own history. I created an identity for Catherine forged out of a crucible of loss, guilt, shame and self-doubt, tempered by resilience, determination, fierce intelligence and sheer force of will. I gave her that most basic of human needs, the desire to love and to be loved, embedded in psyche that struggles to trust.

I reverse engineered events in Catherine’s life to suit the traits I wanted her to possess.

For example, I wanted her to understand drugs and their interactions so I gave her a father who used drugs to control and manipulate her and a consequent desire to wrest that control back by learning all she could. I wanted Catherine to operate seamlessly within the world of the darkweb, so I made her an outsider as a teen who befriended another outcast with mad good hacking skills. I’ve been an advocate of gun law reform for years and so gave Catherine a tragic history with a guns and an aversion to using them. Since her adversaries didn’t share her predilection, I had to find ways for Catherine to defeat them using her wits and other, less violent methodologies.

Grounding her characteristics in relatable (if somewhat larger than life) experiences meant that a reader could identify with Catherine if she had a complex relationship with her father, or had felt like an outsider at some point, or held a moral stance that might make her life more difficult. I wanted readers to relate to her because I wanted her to inspire them. Not to live beyond the bounds of law and society as Catherine does, but to be roused to take action against injustice, to protect the most vulnerable and to help those who aren’t in a position to help themselves.

We need heroines in thrillers that remind us of our power and our agency. Of our ability to effect change. Of the possibilities available to us if we are strong and resourceful and brave. We need these characters to reassure us that while the world can be a frightening and overwhelming place, we don’t have to be cowed. We can speak up. We can fight back. We can take charge. It’s time. 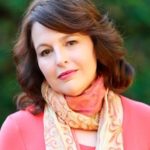 NINA SADOWSKY has written numerous original screenplays and adaptations for such companies as The Walt Disney Company, Working Title Films, and Lifetime Television. She was president of Meg Ryan’s Prufrock Pictures. She was the executive producer of The Wedding Planner and has produced numerous other films. She also served as president of production for Signpost Films, where she worked on such movies as House of Sand and Fog. Sadowsky is currently an adjunct professor at the USC School of Cinematic Arts, teaching both script development and producing.