Jazz Moon author Joe Okonkwo revels in the art, music, and sexuality of the Harlem Renaissance

By Joe Okonkwo • 5 years ago 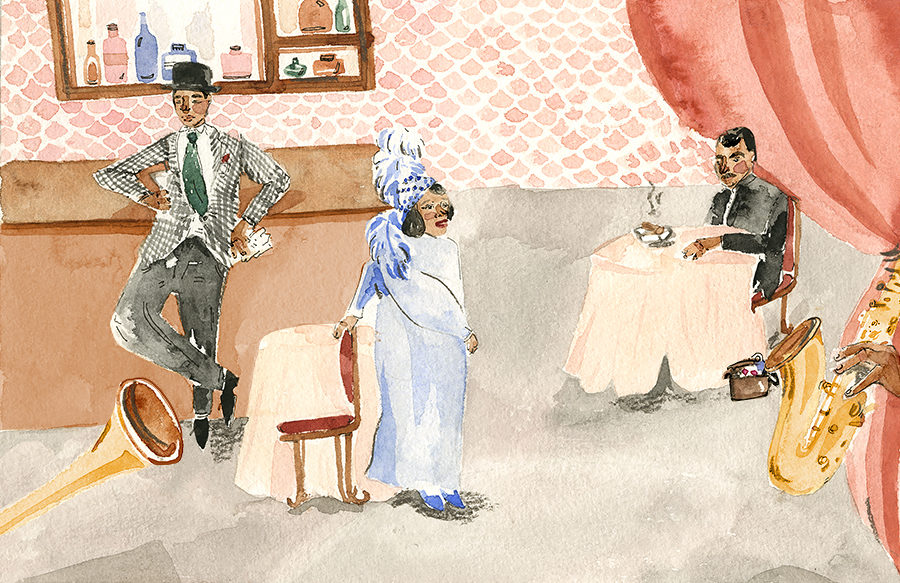 If I had a time machine and could travel back to any period in history, it would be the Harlem Renaissance.

I’d sit in a smoky speakeasy and drink bootleg liquor brewed in some gangster’s bathtub. Sit at a table right in front of the stage, cigarette and cigar and reefer smoke singeing my eyes, and listen as a gut-bucket band chugged out tunes and a wide-hipped blues singer sang all about the man who left her or beat her or cheated on her or died.

I’d saunter over to the Harlem branch of the New York Public Library on 135th Street and catch Langston Hughes reading his poems. My feet would tap, my back would sway to the music of his rhythmic, jazz-cadenced verse.

I’d don a tight, double-breasted suit, some gleaming two-tone shoes, and a debonair hat angled just so and strut on into gay club like The Clam House to listen to drag king Gladys Bentley moan her raunchy blues while she flirted with the women in the audience. Or I’d check out the Yeah-man or the Garden of Joy or The Ubangi or Edmond’s to get a taste of old Harlem’s homo haunts.

I’d love it in the Harlem Renaissance because poetry jazzed, jazz was incandescent, fine reefer and fine bootleg were delicacies, and people realized—finally—that black was beautiful.

My novel Jazz Moon, set during the Harlem Renaissance, is in part an ode to the creativity that blossomed during that era. Jazz Moon evokes the poetry, music, and visual arts of the 1920s while telling the story of Ben Charles, a black man who loves jazz, literature, art, and other men.

While writing the novel, I took cues from certain works of art (visual, literary, and musical) which to me were particularly rhapsodic. It just so happens that some of these catalysts of inspiration were created by individuals known and/or strongly suspected to be gay. Here’s a look.

The Weary Blues by Langston Hughes

Countee Cullen was known as the Poet Laureate of the Harlem Renaissance, but it was Langston Hughes who made poetry swing. Hughes was the first to capture the rhythms and cadences of jazz and blues in verse. He essentially invented the jazz poem. His jazz poems rollick, pulsate, syncopate on the page. The heartfelt essence of the blues swirls through them. Reading Hughes’s poems, you feel transported to a speakeasy or a cabaret or a revival meeting.

But, though plentiful, jazz poems comprise only one facet of The Weary Blues, Hughes’s first collection originally published in 1926. From jazzy to sensual to intimate to race-conscious to outright political, the eclectic verses in The Weary Blues combine to ignite a poetic fire that sometimes rages, sometimes burns in quiet embers, and always illuminates.

And the collection struts its sexy side(s). The blatant heterosexuality of something like “Natcha” (Offering / A night with me, honey / A long, sweet night with me) contrasts with the tender, mysterious, and tantalizingly possible homoeroticism of “Poem”:

The Art of Richard Bruce Nugent

Audacious. Creative. Writer. Painter. Provocateur. These are only a handful of words to describe Richard Bruce Nugent, one of the most colorful members of the Harlem Renaissance movement. Nugent was, for years, one of the few openly-gay African-American artists. As a writer he contributed the famous (and scandalous) prose-poem “Smoke, Lilies and Jade” to the journal FIRE!! in 1926. The piece celebrates same-sex and interracial love.

Nugent’s sensual artwork is populated with nude bodies and often rendered in black and white, mirroring his interest in interracial relationships in particular and black/white relations in general. One of his most striking pieces is Black Gum which depicts the lynching of an African-American. This was completed in 1928—eleven years before Billie Holiday recorded the iconic anti-lynching song “Strange Fruit.”

The Music of Bessie Smith

She was known as The Empress of the Blues, and for damn good reason. Her raw, earthy vibrant singing leaves you entranced, in awe, yearning for more. Bessie Smith put the blues on the map. In addition to classic blues, Bessie Smith sang mischievous songs top-heavy with sexual innuendo. In “Do Your Duty,” she playfully warns her man:

If my radiator gets too hot,
Cool it off in lot of spots.
Give me all the service you’ve got
Do your duty.

Smith may have been singing about men, but it was an open secret that she also liked doing her duty with women. In that regard, she was in stellar company: The Harlem Renaissance was a playground of same-sex-loving, blues-singing ladies like Ethel Waters, Clara Smith, Alberta Hunter, and Ma Rainey.

One of Bessie Smiths most famous recordings as her last: 1933’s “Gimme a Pigfoot.” The song depicts a raucous Harlem rent party—the kind now acknowledged as one of the iconic symbols of the Harlem Renaissance (“Pigfoot” was also an inspiration for many a jazz club scene in Jazz Moon).

If any one song encapsulates the frenzied, jazzy, throw-caution-to-the-wind aspect of the Harlem Renaissance, this is the it. Bessie lets loose, barely taking a breath during the fast-paced song and asserting a devil-may-care attitude.

Alas, I have no time machine. I can’t travel back to Harlem of the 1920s. I’ll never sit in a smoky Prohibition-era speakeasy. At least not physically. But I have the music. I have the art. I have the poems and the prose. They are my time machine. And they do the trick every time. 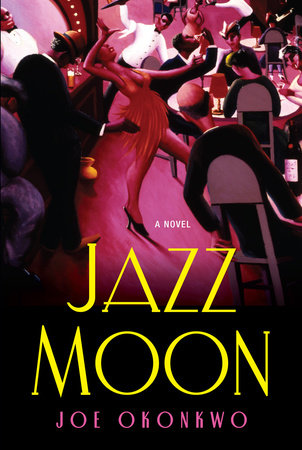 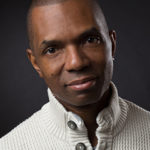