What happens when you know your protagonist too well? The author of The Wolf Club reveals. 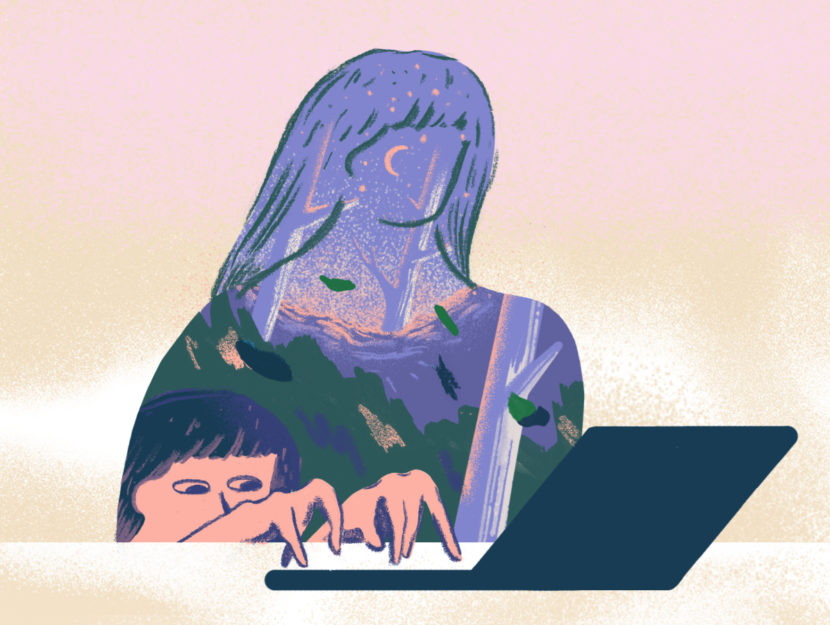 “Getting into character” is a phrase usually reserved for actors. There are countless examples of those who have completely immersed themselves in their characters and even transformed their bodies to match. Anne Hathaway, for her Academy Award-winning turn in Les Miserables, cut off her hair on camera and lost a substantial amount of weight to convey how destitute Fantine had become. Christian Bale famously lost over a hundred pounds for his role in The Machinist, and more recently, Matthew McConaughey dropped nearly 50 pounds to play Ron Woodroof in Dallas Buyers Club.

Then there are the actors who go even further to get into their character’s mindset, experience what they experienced, try to live as they would have lived. Daniel Day-Lewis is possibly the most “method” actor alive and is well-known for going the extra mile—the extra ten miles—to ensure his character is as authentic as possible. For Lincoln, he would only answer to “Mr. President,” even when the cameras weren’t rolling. To play Hawkeye in The Last of the Mohicans, Day-Lewis lived for months in the North American wilderness. He learned to track animals, catch them, skin them. He built a canoe and learned to use the heavy, flintlock guns his character used. He became Hawkeye, as he became Lincoln. He spoke and acted like these characters at all times, and writers do the same, though it’s often a less public experience.

Some authors do take their research into “method” territory. Chris Cleave, for his most recent novel, Everyone Brave is Forgiven, a Second World War love story based on his own family history, lived for months in Malta, even slept where his grandfather had been billeted. Cleave’s level of research, living the lives his characters did, walking the same streets, under the same skies, makes his novel so immersive, so rich, that it’s hard to believe Cleave isn’t writing his own life story. I also heard of an author who waded fully clothed into the English Channel, as her character did, so she could understand how it felt.

When I was writing The Wolf Road, I spent a long weekend in the woods, building a shelter, making fires, learning to trap and skin rabbits, and a dozen other bushcraft skills. That experience was invaluable; it allowed me to get into the head of my character and feel how tired she would be after building a shelter, or how much her hands and back would hurt after making fire with a bow drill—even how disgusting it would feel to pull the wings and head off a pigeon. But the thing I didn’t expect to happen when writing Elka’s story was my own voice and way of speaking changing to match hers. And that freaked me out.

Elka has a very unique and strong voice. The Wolf Road is written largely in dialect, with “of” replaced by “a,” words like “between” lopped off and shortened to “tween,” and a rhythmic, colorful turn of phrase. I knew I wanted to write a novel with a distinct voice from the beginning, but I didn’t have any conscious idea of what that voice would be. It evolved organically from Elka’s backstory, her level of education, and her general, abrasive demeanor. I soon began writing emails in her voice, texted my friends like her—and the most worrying part? I didn’t even notice.

My wife, who is also my long-suffering first reader, started replying to those emails and texts in Elka’s voice as she read more of the book, while my oblivious friends thought I’d lost my mind. Then it escalated, and I was speaking, out loud, as my character. I thought like her, approached tasks like her and—to an extent—ate like she would.

I wrote the book over a frenzied three months and, for a while, was so immersed in my character that I felt like I was Elka, recording her story and thoughts as they happened. It was a strange experience and one I wouldn’t want to repeat, as things get a bit dark for her by the end. It was worth it though, I think, as those who have so far read The Wolf Road always ask me about the voice. I’ve also seen reviews, tweets, and emails in which the readers have adopted Elka’s way of speaking for themselves. It’s thrilling to see it take hold and enter into people’s minds so fully. That’s every writer’s dream, to cause a reaction within a reader, and to do so with a fairly risky way of writing is such wonderful validation.

Although I maybe didn’t go full “method” and live in the woods for months, I felt I truly got into character—though maybe it’s more accurate to say that she got into me. 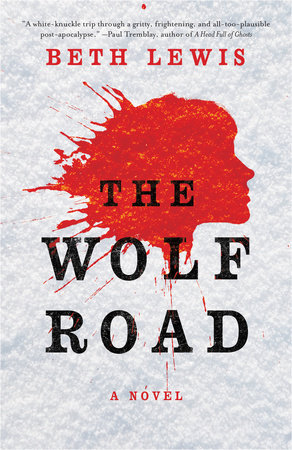 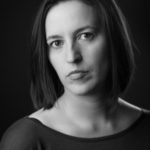 BETH LEWIS is a managing editor at Titan Books in London. She was raised in the wilds of Cornwall and split her childhood between books and the beach. She has traveled extensively throughout the world and has had close encounters with black bears, killer whales, and great white sharks. She has been a bank cashier, a fire performer, and a juggler.

BETH LEWIS is a managing editor at Titan Books in London. She was raised in the wilds of Cornwall and split her childhood between books and the beach. She has traveled extensively throughout the world and has had close encounters with black bears, killer whales, and great white sharks. She has been a bank cashier, a fire performer, and a juggler.