Kathleen Rooney, author of Cher Ami and Major Whittlesey, reflects on the little-known true story that shapes her novel.

By KATHLEEN ROONEY • 1 month ago 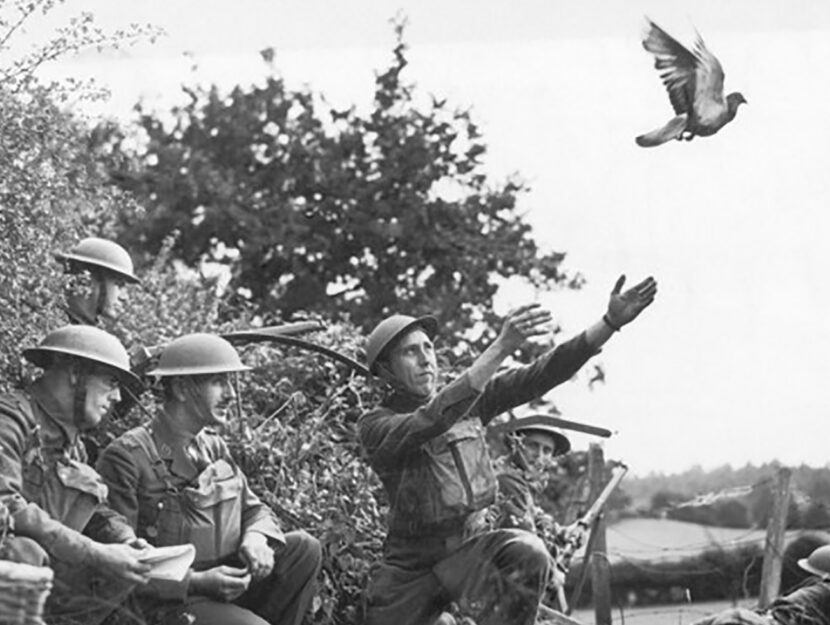 I’ve always thought of the Smithsonian’s National Museum of American History as the grandmother’s attic of the entire country: a snug space packed with antique items of erstwhile importance, objects no longer in direct use, but stowed away for current and future generations to contemplate.

Some of the holdings enjoy more eminence than others. The original Star-Spangled Banner, for instance, remains ever-popular, as does Bill Clinton’s saxophone. The museum interprets its mission to preserve and present relics that reflect the experience of the American people with admirable broadness.

As a fiction writer, though, the artifacts that most attract me are the offbeat ones. I like the First Ladies’ Dress Collection and the exhibit on presidential assassinations and mourning, but I love the more obscure stuff: the rickety folding bathtub from the 1895 Montgomery Ward catalog, or the nightmarish “natural creeping babydoll” patented in 1871 by one George Pemberton Clarke. I get pulled like a magnet to the pieces about which not as much is known—the ones that might frustrate a historian or biographer but leave gaps for someone who likes to make up stories to fill in.

In July of 2014, I traveled to the Smithsonian to visit a courageous homing pigeon named Cher Ami while researching the project that eventually became my novel, Cher Ami and Major Whittlesey. When I told people what I was looking for, some of them expressed surprise that I wasn’t heading to another Smithsonian outpost, the Washington Zoo, a.k.a. the Smithsonian National Zoological Park. But the pigeon I was on a pilgrimage to see was dead and has been for over a hundred years.

One of 600 birds owned and flown by the U.S. Army Signal Corps to carry battlefield messages in France during World War I, Cher Ami completed 12 successful missions in the American sector. On her final one in October of 1918, she was wounded by German weaponry, getting shot through the breast, and losing an eye and a leg. But from that injured leg, which later was amputated and replaced by a tiny wooden one, hung the canister containing the note that would save Major Charles Whittlesey’s so-called “Lost Battalion” from friendly fire. Hailed the world over as the hero and savior of the 77th Infantry Division, Cher Ami received the Croix de Guerre and was later inducted into the Racing Pigeon Hall of Fame.

So famous was Cher Ami, that the Smithsonian added her taxidermied body—after she died in 1919 in Fort Monmouth, NJ—to their collections. But the day I visited, I almost couldn’t find her, so small and unassuming was the display case containing not merely her, but all of World War I. Practically vanishing between Julia Child’s beloved Cambridge, Massachusetts kitchen and a huge exhibit on World War II, Cher Ami would be easy to miss. Tiny behind plexiglass on her wooden stand, she perches eternally on her remaining leg amid little explanation of who she was or what she did.

Even more potentially thwarting for a professional historian but exhilarating for a fiction writer is the fact that the World War I exhibit makes no mention whatsoever of the soldier who, in 1918, was just as famous as Cher Ami, thanks to the October incident: the quiet and bookish commanding officer Charles Whittlesey, celebrated for his refusal to surrender under conditions of almost unimaginable misery. So many millions of men were killed during the war amid such faceless butchery that heroes were hard to come by. The press and the government wasted no time in flying word of Whittlesey and Cher Ami’s exploits back to the folks at home, desperate for any encouraging news.

Whittlesey earned the Medal of Honor for his leadership during the torment. As for Cher Ami, when the time came to send her home on the transport ship the Ohioan, General Pershing himself ordered that she travel in the officer’s cabin. Upon her return, she became the mascot of the Signal Corps. Poems and books were written about her, and no school child alive in the 1920s and 30s would have been unable to give you an account of what she’d accomplished. Same for Whittlesey, whose name would have been on the lips of every American both immediately before and after the Armistice. The Smithsonian recounts almost none of that story—a sad oversight, perhaps, for museum-goers, but an embarrassment of riches for a historical novelist.

Both Cher Ami and Whit wound up largely consigned to oblivion not only because their fame got supplanted by WWII, but also because that very fame was presented as a fairly shallow spectacle and in a manner that didn’t respect or reflect their actual experiences. Made as they were into jingoistic symbols of bellicose patriotism, the Whit and Cher Ami the public supposedly knew little resembled, I think, the actual beings behind the actions.

And that—a more accurate reflection of what it might have been like to be them—is what I’ve tried to do in this book. Obviously, it’s a stretch to imagine the subjectivity of a long-dead soldier and even more of a stretch to do so for a stuffed pigeon, but that’s why fiction in general and historical fiction, in particular, can be magical: it encourages us as writers and readers to make such attempts to compassionately inhabit perspectives that are radically different from our own, attempts that by their very nature oppose the rejection of nuance and the withholding of empathy that are always preconditions for violence of every sort, including and especially war.

American historian Christopher Lasch defined the past “as a political and psychological treasury from which we draw the reserves (not necessarily in the form of ‘lessons’) that we need to cope with the future.” As a fiction writer, I relish the chance to rummage in that treasury, to polish up the disremembered heirlooms that strike me as beautiful and hold them up for the curious to see.

Featured Image: Schlosspost – British soldiers in the south of England train a carrier pigeon to deliver messages during World War I 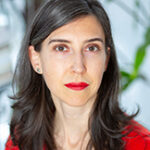 KATHLEEN ROONEY is the author, most recently of the novel, Cher Ami and Major Whittlesey, as well as Lillian Boxfish Takes a Walk (St. Martin’s Press, 2017) and the co-editor of René Magritte: Selected Writings (University of Minnesota Press, 2016). She is a founding editor of Rose Metal Press and a founding member of Poems While You Wait. Her previous work includes poetry, fiction, and nonfiction and has appeared in The New York Times Magazine, Allure, Salon, The Chicago Tribune, The Nation, and elsewhere. She teaches English and creative writing at DePaul University and lives in Chicago with her spouse, the writer Martin Seay.