Still Here author Lara Vapnyar on the struggle to have it all.

By LARA VAPNYAR • 5 years ago 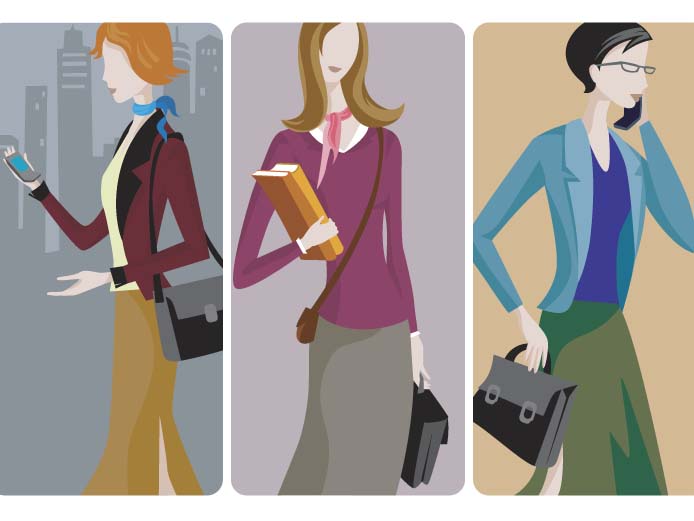 In the past couple of years, I’ve spent a huge chunk of my life unfavorably comparing myself to the three women, Alicia Florick—an excellent lawyer, a shrewd business woman and an aspiring politician, Elizabeth Jennings—a brilliant and ruthless KGB spy working in the US, and Birgitte Nyborg—the terrific prime minister of Denmark.

The three women were roughly the same age as me, passionate about their careers just like I was, had two children each just like me, and were going through severe marital problems while pursuing new loves (also just like me in the period around my divorce).

The main difference between us was that I was flailing, while these women maintained superhuman strength, discipline and ability to keep it together, both mentally and physically.

Let’s start with physical. Alicia’s hair for example, which looked as if it was sewn to her skin, while my hair looked as if it were about to fly off my head at any moment. Or take Birgitte’s breasts, so firm and substantial that they appeared to be specially designed for a prime minister or a party leader. While my breasts, were, well, unfit for the display in Danish parliament or any parliament for that matter. Elizabeth’s breasts were less impressive, but her entire body was so incredibly fit that you wouldn’t even pause to consider them. I consoled myself that it couldn’t have been that hard for Elizabeth to remain fit, what with all the chasing traitors of the Motherland or running away from FBI agents. But what about Alicia’s perfect body? How did she manage to upkeep it, with her desk job, and endless supply of frozen pizzas and red wine in her home? It must have been the court battles that made her lose the calories gained by eating pizza.

But forget about their bodies, their job performance was something that really blew my mind. What patience, what togetherness, what discipline, what ability to multitask! All those things that I didn’t have. Take Elizabeth’s English, for example. She has spent twenty years in the U.S., just like I have, so why then was her English so much better? Not a trace of an accent, not a single embarrassing grammatical mistake! And she got all the cultural references too.

Well, I’m an artist, I’m creative, I would tell myself, creative people are not famous for being disciplined. But weren’t these women creative too? None of them operated like a Stepford robot. Each was capable of original thinking, brilliant insights, risk taking and passion. Passion, passion, passion. Sexual passion as well. All of them somehow found enough time, skill and energy for amazing sex, while I could barely summon it for mere writing of a sex scene.

Another discouraging fact was that Alicia, Elizabeth, and Birgitte also managed to beat me at motherhood. Elizabeth would come home after a long day of killing people, stealing bioweapons, and having vigorous sex with her sources, and turn into a perfect mother. She wouldn’t yell at her children to shut up and let her unwind, like I do even though my work is not nearly as taxing as hers. She wouldn’t order takeout and encourage kids to spend time watching TV. She would go ahead and prepare a beautiful American dinner (apparently her meatloaf was a real tour-de-force), and after dinner she would check her kids’ homework and tuck them in.

So, let’s tally up the score then. Or rather, let’s not. It is perfectly obvious that I wouldn’t be able to measure up to Elizabeth, Alicia, or Birgitte, body or spirit. Ok, yes, none of these women are real, I realize that. All three women are fictional TV characters, but the problem is that TV is so good nowadays that I see TV people as more real rather than less real than flesh and blood people like me. Their flaws and complexity make them as identifiable as real people, with added advantages of being unpredictable and exceptionally well-versed. Plus, you spend so much time with them that you’re bound to see them as part of your life. I’ve certainly spent more time with Alicia, Elizabeth, and Birgitte than with any of my real-life friends. Actually, it frightens me just how much time I’ve spent watching them. The precious time that could’ve been spent if not governing a country or saving the world from bioweapons, than at least reading, writing, making meatloaf, being a better mother, or simply having sex.

There were times when I saw my own reflection in the glare of the screen, either superimposed over the characters’, or embedded as a gloomy background to their vibrant lives. What a sorry sight that was. Unkempt hair, puffy eyes, a chewing mouth. Every time I would shudder with disgust and ask myself, why can’t I get off my ass and go be like those women instead of just staring at them. But then these women weren’t supposed to encourage me to stop watching and go be better, on the contrary their purpose as TV characters was to entice me to stay glued to the TV. They were not supposed to be my role models. There plenty of real-life successful women out there. The problem was that I don’t know any of them as closely and intimately as I imagined I knew Alicia, Elizabeth, and Birgitte. I didn’t see my reflection either in them or over them.

Women have come to the position of power in a short span of a few decades, there is no long history of having it all, no necessary experience that could be passed from generation to generation within a family. My mother had a brilliant career but was alone and deeply unhappy for the most of her life. My grandmother had a husband and three children, but never worked. My great-grandmother was always portrayed as a selfish monster of a mother, because of this little ritual she developed in her seventies—she would buy some farmer’s cheese and strawberries at a farmer’s market, and eat them herself (!) instead of giving them to her children or grandchildren.

I often fantasize about a TV show entitled Flailing (or something like that) about a woman who is bad at having it all, who doesn’t do enough, who spends a lot of screen time unkempt, puffy-eyed, and chewing, but who is not unhappy about it, who is perfectly comfortable with this subpar version of having it all, who doesn’t have an inner conflict. I would gladly make her my new role model. Plus, the show about a woman without problems or conflicts would inevitably be so boring that I would finally succeed in getting off my ass and turning the TV off. 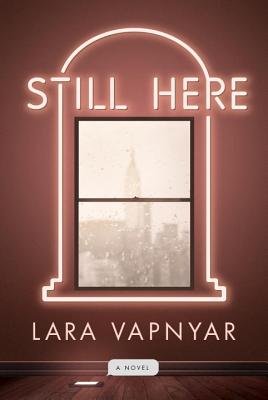 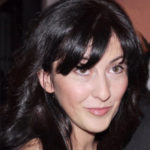 LARA VAPNYAR emigrated from Russia to New York in 1994 and began publishing short stories in English in 2002. She lives on Staten Island and is pursuing a Ph.D. in comparative literature at CUNY Graduate Center.

LARA VAPNYAR emigrated from Russia to New York in 1994 and began publishing short stories in English in 2002. She lives on Staten Island and is pursuing a Ph.D. in comparative literature at CUNY Graduate Center.