Five Fragments about Ghost Stories, Mysteries, Rules, and the Uncanny

Why Kevin Brockmeier, author of The Ghost Variations, is drawn to phantoms, specters, and spirits.

By KEVIN BROCKMEIER • 1 month ago 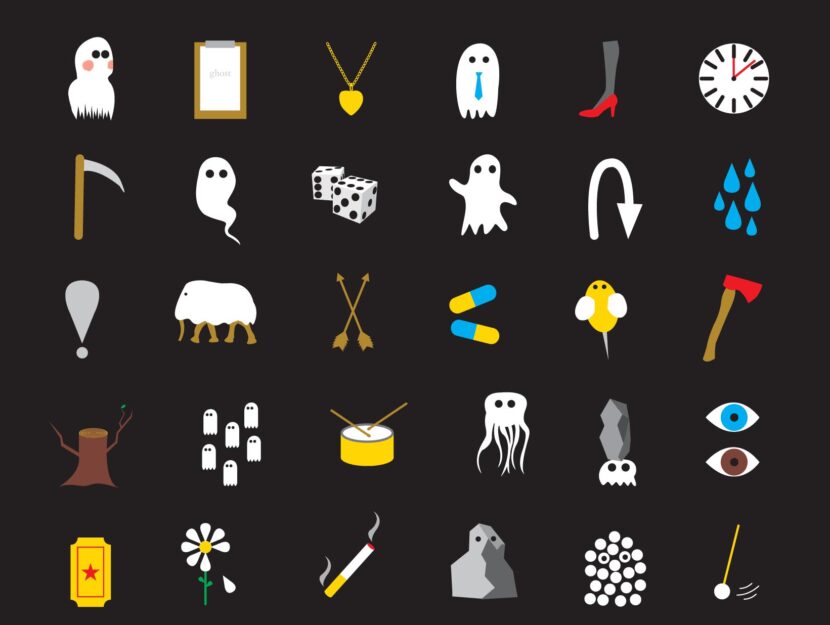 It was called “Boy In The Shadows,” and it scared me, sure, but only enough to fascinate me, not enough to keep me awake at night. At eleven, I wanted to be mystified and amazed, maybe a little unsettled, but not actually terrified. The summer before, a campfire story about a blood-soaked slumber party had frightened me into a hundred-degree fever, upsetting me so badly that the counselors had pulled me from my cot after the other kids had fallen asleep and taken me with them to the camp bus that sat parked on the grass outside the cabins, where they stayed up late every night flirting and saying teenage things, sweetening the air with their cigarettes. I remember the insects making their night-noises around our strange little box of bus-light and how, after a while, it became one sound rather than many, a chime so loud and otherworldly that it put me to sleep.

“Boy in the Shadows” was a milder sort of scary, the kind that quickened the heart rather than petrified it. It was the second-to-last story in House of Evil and Other Strange Unsolved Mysteries, a battered garage sale find of mine billed on the back cover as a collection of eerie and marvelous stories “about real people and real events.” Not too long ago, it seemed, after a lifetime of city living, Irene and Ernest Platt had retired to the Ozarks. To help them with their chores, they hired a pale-eyed boy they found standing one morning by the woods at the edge of their property. At first, the boy had fled when they approached. Later, though, he returned with his mother, who arranged for the Platts to place his pay directly in her care. He required a special diet, she warned them, one that she herself would provide. She extracted a promise from the Platts that they would never feed him, not under any circumstances. The boy worked indefatigably, but he never spoke, ever, not so much as a single word. He was distressingly sallow and appeared to be wasting away from hunger. Protein! Irene thought. That was what the child needed! And though she had not forgotten the promise she made, she could not resist fortifying him one day with a plate of ham and eggs. After the first swallow, the boy laid his plate down, stood up, and went striding off into the woods. The next day, the Platts went looking for him. They found him not in the shack where the rest of his family lived, but in back of it, lying facedown, half-buried in a mound of dirt beside an old wooden marker. “You’re a fool, a meddling fool!” the boy’s mother chastised them. “You can’t feed the dead salt, you know. It makes them forget everything but the last place they rested.”

This final remark was the story’s Gracenote, and the reason I could not stop thinking about it. It took a mystery—the barrier that separates the dead from the living—and imposed a rule on it—you can’t feed the dead salt. The rule did not dispel the mystery. It deepened it. Imagine that you are approaching the grayed-out contours of something through a dense fog. Is it a building? An outcropping of stone? You can determine neither its shape nor its size. Then the fog lifts, and you see that it is an immense pedestal, as wide as a coliseum. Atop that pedestal is a statue of a door, equally immense as if carved over centuries from the granite. You are dumbfounded. As you watch, the door shakes off a little dust. Then it scrapes open. The mystery the fog concealed is plainer now but no less incredible: it is more comprehensible and, for that very reason, more uncanny.

So many of the stories that seize my imagination do exactly this: take a mystery, apply a rule to it, and, by doing so, intensify both its perceptibility and its strangeness. Which predominates over the other I can almost never say, only that the two impulses, working together, make one of the most powerful engines for fantasy—and not only fantasy; also allegory, historical fiction, science fiction, cultural criticism, horror stories, metaphysics, ’pataphysics. When Thomas Carlyle, writing about Samuel Johnson and his lifelong desire to encounter a ghost, draws attention to the indistinguishability of ghosts from mortal men—“The good Doctor was a Ghost, as actual and authentic as heart could wish; well-nigh a million of Ghosts were traveling the streets by his side. Once more I say, sweep away the illusion of Time; compress the threescore years into three minutes; what else was he, what else are we? Are we not Spirits, that are shaped into a body, into an Appearance; and that fade away again into air and Invisibility? ”—he is pursuing this same set of impulses, joining defamiliarization to habituation and, by that method, inducing the world to reveal itself.

This brings me finally to ghost stories, and to this: The ghost has a natural sibling, at least when it comes to the stories we tell, and that sibling is the ancestor. Both are common to every tradition of folklore—those ancestors who preceded us into life and those ghosts who preceded us into death. In fact, though, they are one and the same, just seen along the flip-side. I happen to prefer ghost stories to ancestor stories, for the simple reason that what comes next is a mystery with more lasting potency to me, deeper reverberations, than what came before: an ontological mystery as opposed to a historical one. Reading ghost stories, we might feel terrified or intrigued, awed or beguiled, but a good one always generates the impression that there is more to being alive than we had previously imagined. Such stories expand the possibilities of being, often into horror but just as often into wonder, sometimes leaving us trembling with fever, sometimes listening attentively to the darkness, entranced by its otherworldly chime. 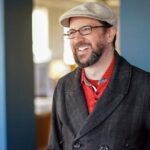 KEVIN BROCKMEIER is the author of the memoir A Few Seconds of Radiant Filmstrip; the novels The Illumination, The Brief History of the Dead, and The Truth About Celia; the story collections The Ghost Variations, Things That Fall from the Sky, and The View from the Seventh Layer; and the children’s novels City of Names and Grooves: A Kind of Mystery. His work has been translated into seventeen languages. He teaches frequently at the Iowa Writers’ Workshop and lives in Little Rock, Arkansas, where he was raised.