Understanding country, identity, and family history from my mother's bookshelves. 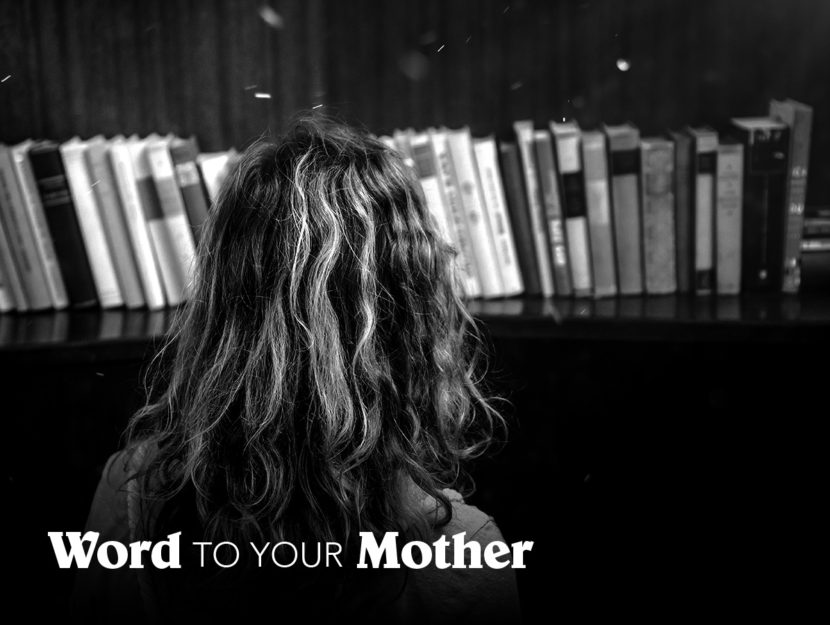 As the daughter of English parents who immigrated to the United States when I was three, I grew up thinking of myself as an American with parents who talked funny. Even though we’d travel back to England every three years to make the rounds of relatives, and even though I spent a year studying abroad in London, I was still a Yank.

Being so far removed from grandparents, aunts, and uncles, our family history was murky at best. However, I did know that my grandfather on my mother’s side was born in Wales. My mother’s name is as Welsh as it gets (Dilys), and she could always make my brother and me laugh by reciting the longest place-name in Wales off the top of her head. (In case you were wondering, it’s Llanfairpwllgwyngyllgogerychwyrndrobwllllantysiliogogo, which roughly translates to “St Mary’s church in the hollow of the white hazel near to the fierce whirlpool of St. Tysilio of the red cave.”) But that was the extent of my knowledge.

This past Christmas I received a genealogy kit, and while I waited for the results, I became determined to learn more. No matter where we moved as a family (and we moved a lot), one book was a constant in my mother’s bookshelves: How Green Was My Valley by Richard Llewellyn. I bought my own copy in the hopes that it would help fill in the blanks.

In the first chapter, the narrator, a young man named Huw Morgan, is about to leave the South Wales village where he grew up, his tone bitter and resigned. The story soon leaps back in time, recalling the small triumphs and terrors of childhood: a broken pencil box, a malicious schoolmaster, plucking trout from a sparkling stream, and an achingly beautiful first kiss.

But dark undercurrents are threaded throughout the story, involving the plight of miners who slave away in the dark tunnels underground, threats of a violent strike, and the sight of the valley’s verdant slopes turning black with slag as the demand for coal eats away at the very land the family lives upon.

Llewelyn’s writing sings with poetry reminiscent of his fellow countryman Dylan Thomas: “The winds came down with the scents of the grass and wildflowers, putting a sweetness to our noses, and taking away so that nobody could tell what beauty had been stolen, only that the winds were old robbers who took something from each grass and flower and gave it back again, and gave a little to each of us, and took it away again.”

I was thrilled to think my DNA was somehow connected to this rich tale. I was also amazed at how many themes from How Green Was My Valley are carried over in my own books, including the power of place and setting and how they change over time, families that dissipate, the fight to move up in the world and improve one’s lot.

After I finished it, I reached out to my mother, hungry for more details. She explained that, like the main character in the book, her father was born in a small mining town in South Wales. Most of his friends were sons of coalminers and followed their fathers into the pits immediately after graduating from school. But my great-grandfather had insisted his son get an education. In the book, the narrator’s siblings must leave for far-off places, from London to New Zealand, in search of a decent wage. My grandfather headed to Sussex for the same reason, where he became an architect and surveyor.

A generation later, my newly married mother took a similar journey, leaving her family to join my father in Canada, before eventually settling in the U.S. They lived in a house with slanted floors and thick stone walls, where my mother raised two infants with no relatives nearby to offer advice or help out. She fully embraced the adventure of living in a new country, but missed her family back in England.

“The first generation of immigrants never feels like it has a country it belongs to,” my mother explained to me. “The second generation—you and your brother, for example—do belong. You are American. The older generation has to go through a sense of dislocation for their children, so the children can reap the benefits.” She paused. “In the end, the memories of childhood tell you where you belong.”

She belongs in England, where she grew up. My grandfather belonged in Wales for the same reason. But my childhood memories match my identity, as an American. I belong where I am, and what a gift that is. 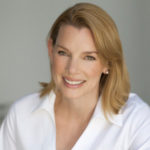 FIONA DAVIS is the nationally bestselling author of The Dollhouse and The Address. She lives in New York City and is a graduate of the College of William and Mary in Virginia and the Columbia University Graduate School of Journalism.