Falling in Love in Paris

A hopeless romantic falls for a Moulin Rouge dancer and begins to see the city in a whole new light.

By BRYCE CORBETT • 5 years ago 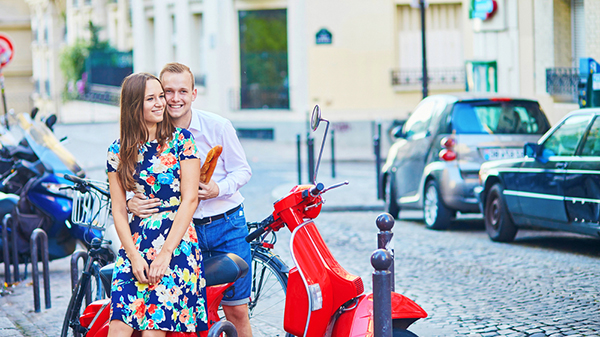 I never intended to fall in love in Paris. And yes, I know how ridiculous that sounds. Who doesn’t go to Paris without hoping there will be a little bit of love on their itinerary? It is, after all, the whole point of the place.

But when I alighted on the City of Light, I had just endured a protracted break-up in London. Arriving in Paris, I felt like an emotional refugee: fleeing a shattered romance, determined to find a nice little pocket of the world where I didn’t know a soul, where the wine was cheap and I could tend to my broken heart.

I had no interest in love. It only led to heartache. My only intention was to emulate the writers who had come before me, to take a seat at the table of Hemingway’s moveable feast and eat and drink to my heart’s content.

But as it turned out, the city had other plans for me, just as she has had for countless thousands of hopeless romantics before me.

For the fact of the matter is you cannot escape love in Paris. It’s on flagrant display on every street corner. 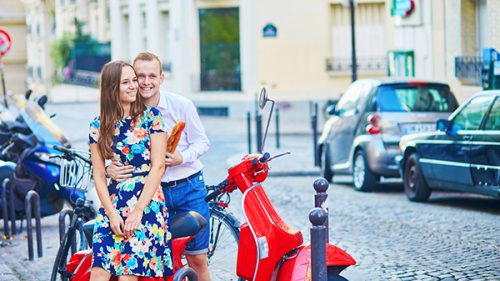 Quite apart from the fact that the entire city looks like a romantic comedy film set—the kind of place where Meg Ryan might fall goofily in love or Marlon Brando might take an apartment near the Seine and have lots of steamy afternoon sex—the French are the undisputed masters of public displays of affection.

It’s not uncommon to be sitting at a café, minding your own business, only to have your croque monsieur interrupted by an amorous couple at the next table playing an enthusiastic game of tonsil hockey.

Nor, for that matter, is it entirely unusual for couples in France to have almighty lovers’ tiffs on street corners or at the local bar. After ten years living in Paris, I came to understand that in France, a feeling isn’t ever properly felt unless it had found expression in public—in full view of complete strangers. Love, I decided, was a spectator sport—and each and every French man and woman was ever-ready to run onto the field and play their melodramatic part.

As a nation, France is country-sized cauldron of high emotion. Every French person knows that at any given moment, they could be called upon to make an overtly romantic gesture, spend hours pursuing a member of the opposite (or same) sex (often a complete stranger), or passionately arguing with and then furiously making up with their partner.

How the country gets any work done is still completely beyond me.

France is also the world capital of flirting. And it is one of the many great delights of living in the City of Light. There’s an unwritten compact between all Parisians that not only is it acceptable to gently flirt with strangers in the street, it is mandatory. The raise of an eyebrow as you pass on the stairs of the Metro, a coquettish smile, a lingering look. Far from being aggressive or predatory, it’s an acknowledgement of the effort a fellow human has gone to that day to look good. An innocent gesture that says: I’m alive, you’re alive, we both have blood running through our veins, and while I am hell-bent on getting on that train and getting to work/home to my wife and kids, in another life, at another time, well, who knows? It’s life-affirming for both parties and gives la vie a Paris the frisson for which it is rightly famed.

And so it was, against this highly-charged backdrop and against my better judgement, that I found myself falling in love in Paris.

Her name was Shay, and she was a showgirl. A Moulin Rouge showgirl to be specific, who happened to also hail from my Antipodean homeland. One of those otherworldly creatures who nightly grace the stage of the world’s most famous cabaret in a barely-there confection of feathers and sequins. She was (and still is) the stuff dreams are made of. 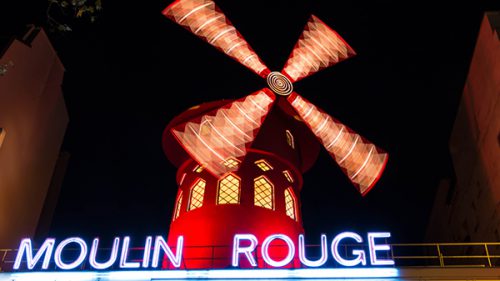 We met one summer’s evening at a party near the Eiffel Tower. The room was packed and noisy. Unusually for a party in Paris, the alcohol was flowing freely. There was more bonhomie than you could poke a bottle of Bordeaux at—and across the room, I spied a glorious head towering above the melee. Long of neck, fine of feature—and quite clearly already a popular attraction among many of the men in the room. By the time I made my way towards her, she had already politely endured several clumsy attempts at seduction by fellow eager partygoers. My own effort to impress her was ultimately no less ham-fisted, but what I lacked in finesse, I more than made up for in persistence. It’s a Virgo thing. We’re never ones for underdoing anything.

In hindsight, her agreeing to give me her number was done more out of bemusement at my failure to take a hint than any genuine desire to see me again. Yet I was never great at self-awareness, and so ensued one of the least accomplished seductions the French capital has ever seen.

And that was the beauty of this relationship we had stumbled upon. After years of dating French people, and fumbling helplessly through the maze of French courtship, here was a budding love affair whose rules of engagement we both understood. We had both of us travelled to France determined to lap up everything this most remarkable of countries had to offer, only to discover our soul mate had been closer to home than either of us could have imagined. 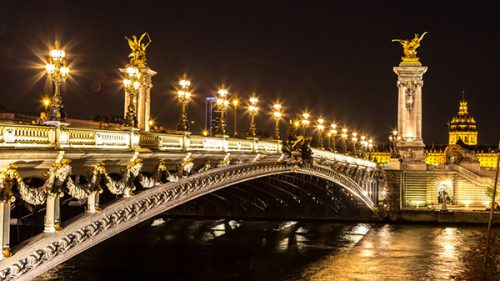 It was just as T.S. Eliot had once written: “the end of all our exploring will be to arrive where we started and know the place for the first time.”

I would meet Shay every night after work at the stage door of the Moulin Rouge. She would emerge, exhausted after performing two shows. I would hand her a helmet and, as she clung to my waist, I would transport her across town on the back of my Vespa. It was summer and though it was past midnight, the air was still heavy with the heat of the day just gone. Riding beside the river, with the lights atop the Pont Alexandre III reflected in the glassy surface of the Seine, it felt for that moment as if the city truly belonged to us.

At the age of twenty-eight, stuck in a dead-end job in London, and on the run from a broken heart, Bryce Corbett takes a job in Paris, home of l’amour and la vie boheme; he is determined to make the city his own—no matter how many bottles of Bordeaux it takes. He rents an apartment in Le Marais, the heart of the city’s gay district, hardly the ideal place for a guy hoping to woo French women. He quickly settles into the French work/life balance with its mandatory lunch hour and six weeks of paid vacation. Fully embracing his newfound culture, Corbett frequents smoky cafes, appears on a television game show, hobnobs with celebrities at Cannes, and attempts to parse the nuances behind French politics and why French women really don’t get fat. When he falls in love with a Parisian showgirl, he realizes that his adopted city has become home. 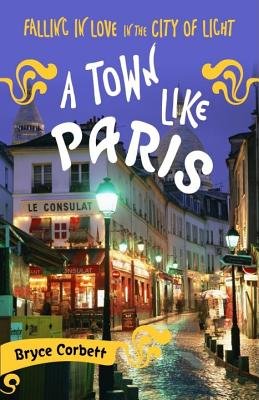 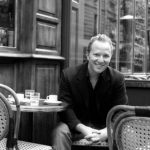 BRYCE CORBETT is an Australian journalist and former newspaper gossip columnist living in Paris. He worked in London for two years, including at The Times, and has written for a variety of international publications including People, Harper’s Bazaar and Vogue.

BRYCE CORBETT is an Australian journalist and former newspaper gossip columnist living in Paris. He worked in London for two years, including at The Times, and has written for a variety of international publications including People, Harper’s Bazaar and Vogue.