The Enduring Relevance of Othello

Tracy Chevalier on why she set her modern adaptation of Shakespeare's tragedy on the school playground.

By TRACY CHEVALIER • 4 years ago 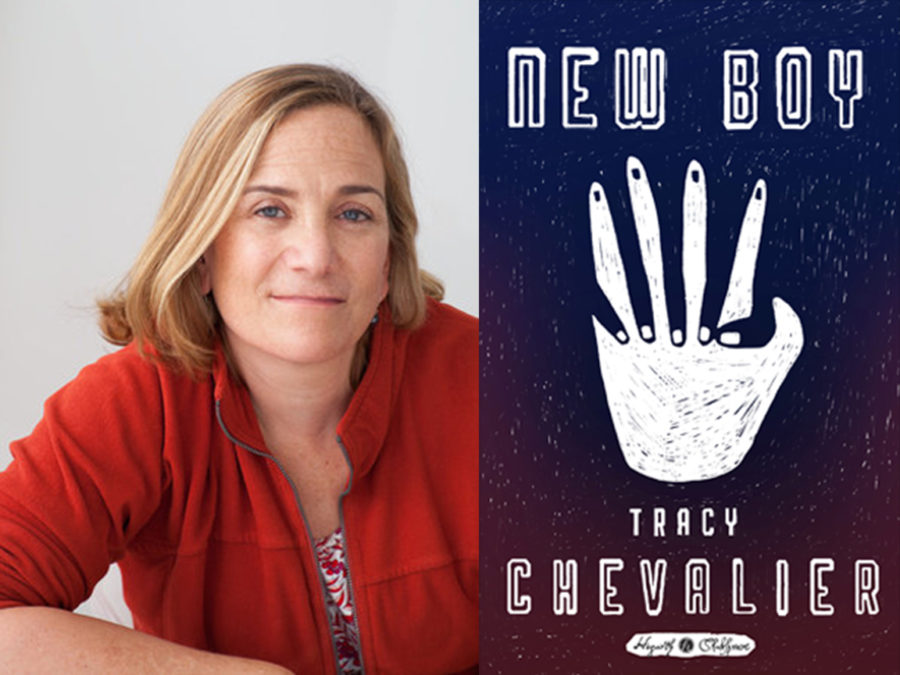 Do you ever go along to a Shakespeare play and secretly think, “Oh no, doublets, complicated language, and puns I don’t get. Why am I here?” Even when the production is fresh and modern and trying hard to be clear, it is easy to get stuck inside complicated metaphors and obscure references and a lot of subplots hinging on mistaken identities. You have to concentrate at a Shakespeare play; it’s no place for slackers.

I’ve seen dozens of Shakespeare productions (it’s hard not to if you live in England as I do) and studied many of the plays when I was an English major, yet I still find them opaque at times. Which is why when Hogarth Press asked me to take part in its Shakespeare Project and write a novel inspired by one of his plays, I hesitated. Partly it was awe: how could I possibly follow in the Great Man’s footsteps? Partly, I worried that readers would find it too hard to follow.

Then I took a decision that made the whole endeavor more promising. I would not try to imitate Shakespeare himself. No elaborate puns, no surprising and extended metaphors, no flowery tangents, no poetry. I would focus only on the story—for Shakespeare’s stories are universal and still speak to us today. For example:

Any of the above could describe dramas on TV today. Which play to choose for my adaptation, though?

For a brief moment, I considered Romeo and Juliet, the first Shakespeare play I ever studied. As a girl, I was crazy about the 1968 Franco Zeffirelli film starring two very young actors. Then my teenage son set me straight. “It’s been done to death, Mum. Boring.” True. Also, doomed adolescent passion is great when you are an adolescent yourself. Now, in my 50s, I wanted a play that spoke more to my experience. That was when I fixed on Othello.

Now, the story of a black man who marries a white woman and is goaded into a jealous rage by an evil man may not seem to be related to this white, middle-aged woman, happily married and long-settled. However, Othello is not just about race and jealousy. Othello is the quintessential outsider, held at arm’s length by the Venetian society around him and constantly reminded that he is not one of them. I, too, have been an outsider all my adult life, moving from the United States to Britain over 30 years ago but retaining my American accent and corn-fed look.

More than that—and this I think is really why I chose Othello—I grew up in an integrated neighborhood in Washington, D.C. and attended an elementary school that was 90% black. I had the mostly-benign but sometimes difficult experience of being a minority, at least during school hours.

Which is what gave me the setting for New Boy. Where better to set a novel based on Othello than on a school playground? Nascent passion, bullying, jealousy, violence: it’s all there, in an intense, closed world. Kids learn their prejudice from teachers and parents and take it out on each other.

I set New Boy in the 1970s, when I was a kid, and the characters—Osei (Othello), Ian (Iago), Dee (Desdemona), Mimi (Emilia), Casper (Cassio) and Blanca (Bianca)—are all 11 years old. It’s that awkward age between childhood and full-blown adolescence when you are trying out grown-up attitudes without really understanding them.

Readers may be surprised by the overt racism of both students and teachers in the book. “Oh, that’s just the 1970s,” you may think. “It’s not like that now. After all, we’ve had a black President!” Well…no. Racism and racial discrimination are still widespread in the U.S., and indeed all over the world. The Black Power Movement of the 1970s has morphed into the current Black Lives Matter protests.

Today if a black boy walked onto an all-white playground, as Osei does at the beginning of New Boy, he may not have an Ian latch on to him and torment him into violence. But his difference will still be noted, and possibly acted upon. 400 years on from Shakespeare, humans have not changed much. That is why taking one of his stories and resetting it on a modern school playground was surprisingly easy—and, sadly, still relevant, not just to this older white woman in London, but to all of us. 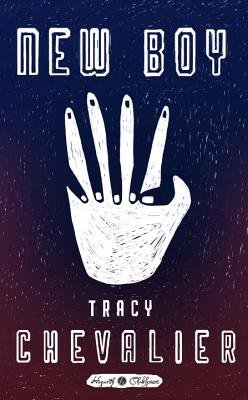 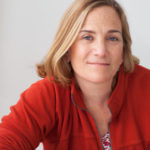 TRACY CHEVALIER is the author of nine novels, including the international bestseller Girl with a Pearl Earring, which has sold over 5 million copies and been made into an Oscar-nominated film starring Scarlett Johansson and Colin Firth. American by birth, British by geography, she lives in London with her husband and son. Tracy is a Fellow of the Royal Society of Literature, and has honorary doctorates from her alma maters Oberlin College and the University of East Anglia.

TRACY CHEVALIER is the author of nine novels, including the international bestseller Girl with a Pearl Earring, which has sold over 5 million copies and been made into an Oscar-nominated film starring Scarlett Johansson and Colin Firth. American by birth, British by geography, she lives in London with her husband and son. Tracy is a Fellow of the Royal Society of Literature, and has honorary doctorates from her alma maters Oberlin College and the University of East Anglia.