Get a sneak peek inside author Emma Straub's bookshelf and the reads that inspired Modern Lovers.

By Emma Straub • 5 years ago 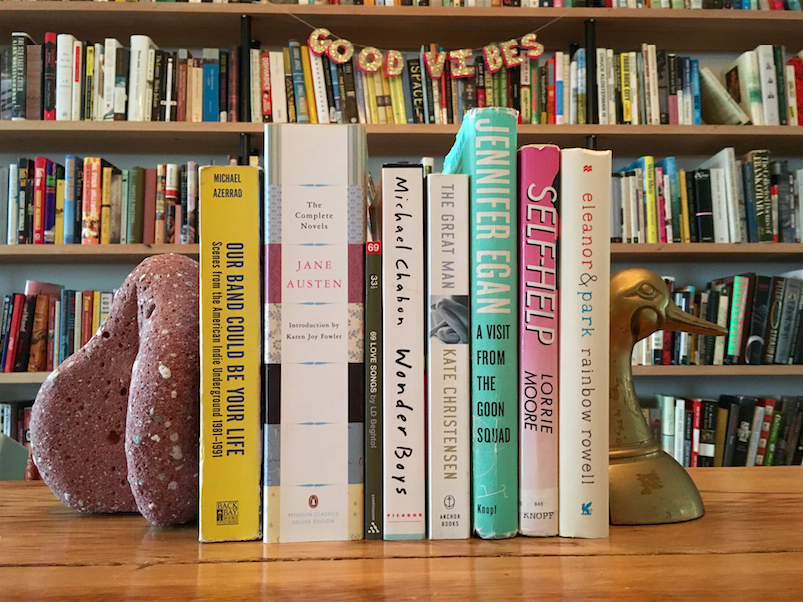 Emma Straub, author of the novels Laura Lamont’s Life in Pictures and The Vacationers, is so cool, we wish she was our best friend. She lives in Brooklyn, has two cute kids and writes the most delicious and addictive fiction. On top of all that, though, she’s a reader, bookseller and, overall, a genuine supporter of great literature. To celebrate the publication of her latest novel, Modern Lovers, a delightful look at what happens to the members of a college band once they’re all grown up with kids of their own, we asked Emma to give us a voyeuristic peek into her home and her bookshelves and tell us about some of the books that have inspired her. She did us one better: she picked eight books that have influenced and inspired her, especially as she was writing her most recent book. Straub says, “This collection of books is basically the DNA of Modern Lovers, or at least it is in my dreams.” Click on the white dots to read her thoughts on each title, including which author she wishes was her best friend. It seems everyone is capable of hero worship, especially when it comes to the writers of the books we adore.

Pick up a copy of Modern Lovers to see how these eight books impacted Straub’s story!

Our Band Could Be Your Life by Michael Azerrad

Michael Azerrad’s Our Band Could Be Your Life tells the sometimes hilarious, sometimes heartbreaking story of several indie bands in the 1980s. Basically, if the characters in my book hadn’t quit their band after college, this is what could have happened to them.

Sometimes I imagine a future in which I don’t want a happy ending, but for right now, I do. That doesn’t mean matrimony, of course—just happiness.

I worked for Stephin Merritt and his band The Magnetic Fields for a very long time—about a decade. And in some ways, I still work for them. (If you see them tweeting, for example, that’s me.) The musicians in my book are not based even remotely on Stephin and his band, but I find it highly amusing that for a few moments someone might think so. They’re really, really not.

Michael Chabon is so smart and so funny, and this book is my favorite of his, despite the obvious oversize brilliance of The Adventures of Kavalier & Clay. I like that it’s about an artist who’s having trouble making art, and the way that real life, the everyday hither-and-yon stuff, is what both gets in the way and what makes art appear.

The Great Man by Kate Christensen

I love this book, and what it has in common with Modern Lovers is an absence—in The Great Man’s case, a painter with a wife and a mistress, and in Modern Lovers’ case, a singer who used to be in a band with three of the main characters. How the characters circle around the dead woman’s life and legacy is a fun part of the plot—I know that doesn’t sound terribly sexy, but it actually is!

A Visit from the Goon Squad by Jennifer Egan

When someone writes a better book than this, pinch me. About love, about friendship, about music, about PowerPoint, about youth. Just pinch me.

I like to think of Lorrie as the part of my brain that balances out the Jane Austen. It’s the ironic part, the dry sense of humor. (Of course, Austen could be very dry, too, but you know what I mean.)

There are two teenagers in Modern Lovers, and there was a teenager in The Vacationers, too. Next I think I’m going to go full-tilt boogie on the YA, and there’s no one who does YA better than Rainbow. I can call her that, because we’re friends in my imagination. 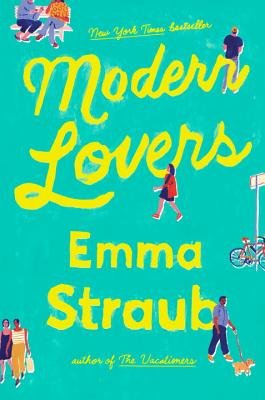 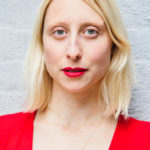 EMMA STRAUB is from New York City. She is the author of the New York Times bestseller The Vacationers and Laura Lamont’s Life in Pictures. Her fiction and non-fiction have been published by Tin House, The Paris Review Daily, Time, Slate, and The New York Times, and she is a staff writer for Rookie. Straub lives with her husband in Brooklyn, where she also works as a bookseller.

EMMA STRAUB is from New York City. She is the author of the New York Times bestseller The Vacationers and Laura Lamont’s Life in Pictures. Her fiction and non-fiction have been published by Tin House, The Paris Review Daily, Time, Slate, and The New York Times, and she is a staff writer for Rookie. Straub lives with her husband in Brooklyn, where she also works as a bookseller.