Along for the Read

Audiobooks in Mom's car: the soundtrack of my childhood.

By ELISABETH COHEN • 3 years ago 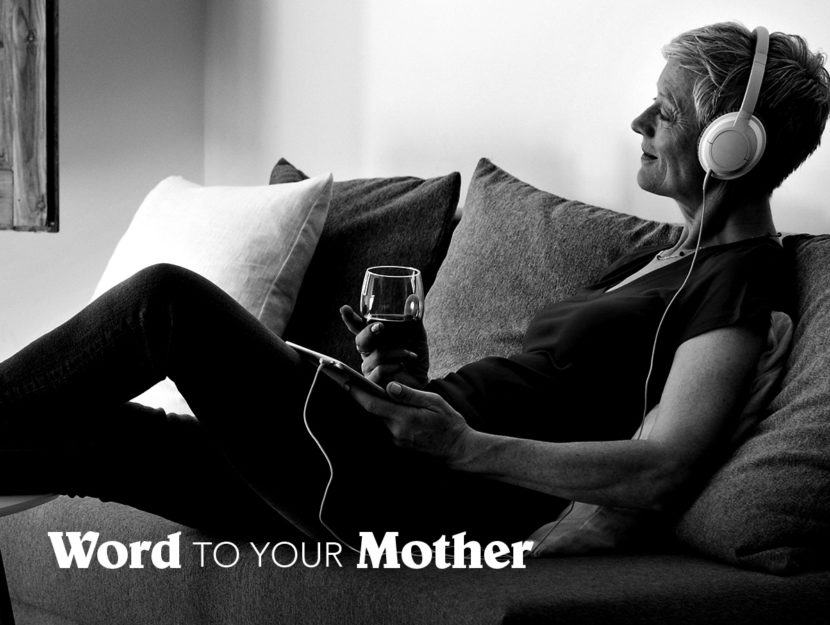 My mother started out as a high school English teacher, then taught music for 25 years. One of her former students happens to live in my neighborhood. She was his teacher decades ago, but he remembered her. They all do. “She was so…” He struggled to think of the right word. “Vivacious.”

When I think of my mother, I remember her as she was in her mid-30s: skinny, freckled, expressive, wearing denim overall shorts, and listening to an audiobook—P.D. James, maybe, or Maeve Binchy—while rolling paint onto a wall of our New Jersey house on a summer day. The windows were open and my youngest brother, placid in a diaper, pushed a wooden train around in a figure-eight on the floor. Occasionally, the sound of the audiobook was blotted out by the whir of the mixer—she made a lot of cookies, sometimes leaving her paint roller to cool off in the fridge. She also made lampshades and tended our guinea pig, who lived in a corner of our kitchen.

That’s how I remember my childhood: the smell of paint, the humidity of south Jersey, and, in the background, the lilt of an audiobook.

She liked Irish narrators and English ones, ringing accents, country girls, farms, vicars, girlhood friendships, war brides, happy endings. It disconcerted me that she was so into love stories. Wasn’t Dad the man of her dreams?

My mother says she rarely saw her own mother read, except for Bible study pamphlets put out by Watchtower. But my mother read all the time, and read to us. We went to the library constantly, knew all the librarians, and signed up for every free craft activity the library offered. If there was a family that could be counted on to stick pieces of masking tape on an orange juice can and paint it brown, creating the world’s weakest simulation of a leather pencil case, that was us. We were available.

When I was five months old, my mother started reading to me from a colorful Richard Scarry book of nursery rhymes. She remembers that she got the book at Sears by exchanging “a large battery” we didn’t need. This rings true to me, because in the value system of my childhood, the best thing was a thing you got for free. You can imagine how we felt about libraries.

When we stacked up our library books to return, my mother’s had flowers, lighthouses, or gazebos on their covers, and dense, incomprehensible interiors. On weekend afternoons, I’d see her in the blue armchair in her bedroom, lit by the window, reading a book, and it was startling to find her so still. It was unlike her. From the doorway I took a second look, just to make sure she was still alive. (Also, I was a little jealous to see her absorbed in something that wasn’t me. It’s alarming to realize your mother has a secret life.)

Her audiobooks were less mysterious; we heard them all the time. They were the soundtrack of her car. The plastic library cases littered the passenger seat, along with her candy—when I was young she was into Tic Tacs, followed by lemon drops in round tins, and later an intense cinnamon Altoids phase—and the tubes of Avon holiday hand cream she applied to the backs of her hands at stoplights all year round. Teachers get a lot of hand cream.

My brothers and I, her passengers, ejected her tapes, flipped them, and packed them away in their cases. But the system broke down, and the car was chaotic. Cassettes fell under the seats to consort with fuzzy lost lemon drops, or got mauled by the car stereo, disgorging loops of shiny brown tape. Those had to be taken inside, where my dad, who also specialized in untangling necklace chains while watching Marx Brothers movies, spooled them back up with a pencil.

Most of my mother’s audiobooks passed over me like a fine mist of Irish narrators and girls going down to the seashore and clinches in barns. If the action got too steamy, her hand darted out to pause the tape—as if we wouldn’t notice.

The first audiobook of hers that reeled me in was from a series by Dorothy Gilman about Mrs. Pollifax, a suburban grandmother, bored with retirement, who takes up spying for the CIA. At first, I heard snippets here and there; then I started to feel cheated when my mother listened without me; and finally, I became a co-listener.

That book was a shared experience. We listened to another of Mrs. Pollifax’s unlikely adventures on our New England college tour, a mother-daughter road trip that also included my youngest brother. He took video of all the creepy motel rooms we stayed in. They were extremely creepy because we would never stay at a chain hotel if there was a cheaper alternative with grosser décor. It got so bad it turned hilarious.

By then we’d moved from humid New Jersey, where beach sand accumulated at the edges of our street, and where, in memory, I was always riding my bicycle and wearing a swimsuit, to Pennsylvania, where in memory it was always windy and winter, and we were shoveling snow off our endless driveway. But maybe that’s the difference between being a sunny nine-year-old and an overcast 13: a pall comes down. We’d moved into the era of adolescence and menopause, constant tension over food, sleep, and clothes, doubts about the other’s judgment, and arguments in which one of us was certain the other was reading the situation wrong. I wanted something more, and probably so did she.

I’d learned to drive. My horizons had widened to include my friends’ houses, diners, and 7-Eleven, though not the mall, because that was on a highway, and I knew I couldn’t merge. I had my own private life—not as exciting as I would have liked—and my own CD player.

But listening to audiobooks together, sinking into the shared story, was like pressing pause on all of that. In the stories we listened to was something we both wanted, even if we wouldn’t have said it: to be more than meets the eye. We were a mother and a daughter in a car, but we were both harboring secrets, or wanted to. We were capable of great feats, if only there were a chance to prove it. We might someday be spies. 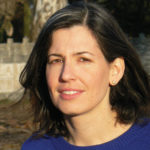 ELISABETH COHEN majored in comparative literature at Princeton University and her work has appeared in Conjunctions, The Mississippi Review, The Cincinnati Review, McSweeney’s Online, and The Millions. She has an MA from the Johns Hopkins Writing Seminars and an MLS from the University of Maryland. She worked as a librarian before her current career as a technical writer. She lives outside Philadelphia with her husband and two sons.