A Real-Life Doctor on Watching Hospital Dramas on TV

What do you think makes medical dramas so riveting? Tell us in the comments!

I remember exactly where I was when I discovered I needed TiVo. I was in a dorm room in Boston, and a throng of classmates had just overruled my request to watch Grey’s Anatomy, opting instead to watch their beloved Red Sox. I was a second year medical student at Harvard at the time, spending the overwhelming majority of my life in libraries and lecture halls, tethered to textbooks and cadavers, anxiously awaiting my initiation into the hospital.

I was crazy about Grey’s—and all medical shows, really—because I was dying to know what being a doctor was really like. Was it that intense? Did physicians ever screw up? Or yell at each other? And did they really hook up in those cramped on-call rooms? I desperately wanted to know.

It turns out Grey’s Anatomy got hospital life mostly right. (The call rooms are actually for naps, not necking). But the viewing experience in no way prepared me for the lysergic roller coaster of practicing actual medicine.

When I became a doctor—I did my residency training at Columbia-Presbyterian Hospital in Manhattan—I was suddenly charged with making life-and-death decisions, breaking bad news, and performing outrageously complex and invasive procedures on total strangers, occasionally at the tail end of a thirty-hour shift.

For the first few months, I felt like I was on a tv show, playing the part of a real doctor—one who was well-intentioned but ultimately overwhelmed—and occasionally flattened by the daily tragedy of watching people die. I ached for a TiVo for my own life, a way to press pause during moments that were too much for me. Or to hit rewind after a challenging interaction with a colleague or a dispiriting exchange with a patient.

In quiet moments, I found myself turning over difficult questions: How do you tell someone they aren’t going to make it? What do you say to the family? What’s the right way to apologize for a medical error? Nothing on television prepared me for the moments I was suddenly thrust into.

As my training wore on, I found it increasingly difficult to watch shows about medicine. So much of the scripted heartache and drama mirrored my own experiences. (Many of my colleagues and I were eventually drawn to trashy tabloids to clear our frazzled minds).

But now I have some distance from those grueling years of medical training—I’m currently an assistant professor of medicine at Weill Cornell Medical College—and once again I find myself sucked in by medical shows.

My favorite is The Mindy Project, but I also like Children’s Hospital and Nurse Jackie. The most interesting cases were always on House and no series has ever captured the subtle humor of medicine the way Scrubs did.

In the hospital, I have often felt like an unremarkable person thrown into remarkable situations; a flawed guy trying to do things flawlessly. Perhaps it’s that tension that ultimately makes these doctor shows so relatable, so compelling, and so incredibly watchable.

Congrats to John D., Jill B., Regina G., Josh N., Ron P., and 45 members of the Read It Forward community! Their entries were selected at random to win an Advance Reader’s Copy of The Real Doctor Will See You Shortly by Matt McCarthy. 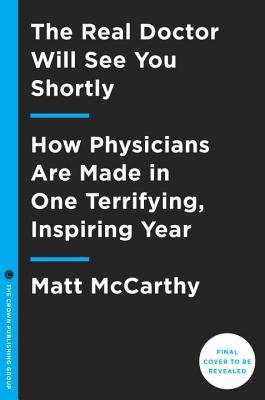 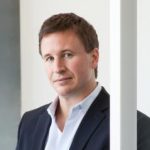 MATT MCCARTHY is an assistant professor of medicine at Cornell and a staff physician at Weill Cornell Medical Center. His work has appeared in Sports Illustrated, Slate, The New England Journal of Medicine, and Deadspin, where he writes the Medspin column. His first book, Odd Man Out, was a New York Times bestseller.

MATT MCCARTHY is an assistant professor of medicine at Cornell and a staff physician at Weill Cornell Medical Center. His work has appeared in Sports Illustrated, Slate, The New England Journal of Medicine, and Deadspin, where he writes the Medspin column. His first book, Odd Man Out, was a New York Times bestseller.