Top Bookstores and Breweries to Visit in America

Plan your next big road trip around these destinations.

J. Ryan Stradal’s novel, The Lager Queen of Minnesota, follows cast of lovable, funny, quintessentially American characters eager to make their mark in a world that’s often stacked against them.

Recently, he curated a list of indie bookstores and craft breweries based on his travels and research for his book and now, we get to share it with you all. Pack your bags and hit the road—there’s a lot of cool places to see.

Co-owner Mike Mallozzi is one of the friendliest guys in the business. He was a giant help to my beer and brewery research.

One of the top bookstores in the state. I guarantee that Carolyn will find you books you’ll love that you’ve never heard of before.

Owned and run by women, this brewery is my favorite in Los Angeles County. They were the also the most consistent resource I had for beer questions in my home city.

They’ve been known to make “Grandma Edith’s Rhubarb Pie in a Bottle Ale” from time to time (and it’s wonderful).

As of this writing, the only Michelin-starred brewpub in the United States.

The first time my grandma Doris came to a reading of mine was at this wonderful shop in northern Iowa, and it will always be close to my heart.

I love this small-town bookstore in a beautiful lakeside town in northwest Michigan. They were tremendously kind and generous to me as a nervous debut novelist in 2015.

The first brewery in my hometown in over a century, Amy, Nick, Jen, and everyone at Spiral were tremendously helpful while I was researching Lager Queen. And their beer is fantastic.

The second oldest family-owned brewery in America, Ted Marti at Schell’s was a huge help in educating me about large-scale lager operations and the history of Minnesota beer.

Founded by a high school classmate and her husband, Sweetland makes the best hard (and non-alcoholic) apple cider in the state. I learned a lot from them about alcohol laws and distribution.

This brewery is where I learned about the specific equipment that my character Diana used while making her first IPA.

I love this store. They sold books at one of the only events I’ve done so far in the South and I’ll always be grateful to them for drawing a crowd in a state I’d never visited before.

Tyler at Remedy was the first brewer who told me that a rhubarb ale could be made, and how it could be done.

Co-owner (and former scientist) Robyn Schumacher makes my favorite beer in the state.

Every state would be fortunate to have a brewer like Will Glass. I learned more from him in one afternoon than I could use in three novels. And his beer is magnificent. 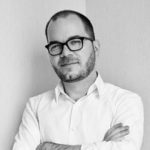 J. RYAN STRADAL is a contributing editor at TASTE Magazine. His writing has appeared in The Wall Street Journal, The Guardian, Granta, The Rumpus, and the Los Angeles Review of Books, among other places. Born and raised in Minnesota, he now lives in Los Angeles, where he co-hosts a culinary-themed reading series called Hot Dish. He has also worked as a TV producer, notably for Ice Road Truckers and Deadliest Catch. Stradal is the author of The Lager Queen of Minnesota.