The Importance of Older Heroines in Literature

A.J. Hackwith, author of The Library of the Unwritten, reminds us that older women are allowed to be protagonists—and they kick-ass at it. 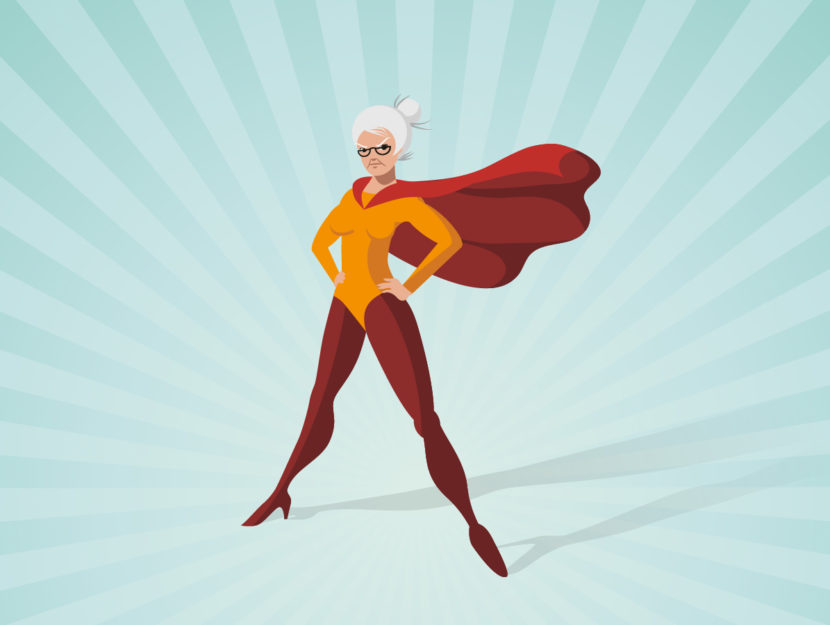 By the time I got to read The Last Unicorn, the timeless fantasy by Peter Beagle, I was in my early thirties. I had already become Molly Grue. Molly laughed with her lips flat. “And what good is it to me that you’re here now? Where were you twenty years ago, ten years ago? How dare you, how dare you come to me now, when I am this?” With a flap of her hand she summed herself up: barren face, desert eyes, and yellowing heart. “I wish you had never come. Why did you come now?”

Fantasy is traditionally a world of youth. We all become Molly Grue, in time. We’re taught that adventures are for the beautiful, the inexperienced, and most of all, the young. It’s a weird slide for a reader. One day, you’re a sixteen year-old reading about chosen ones just a couple years older than you, the next day, you’re in your mid-thirties still enthralled with fantasy but unable to ignore the fact that the ‘chosen one’ hasn’t learned to make their own doctor appointments yet. “Where are the adults?” is a distracting way to break immersion.

Occasionally, we’re allowed a grizzled hero, but rarely a heroine. Sci-fi franchises are filled with grizzled, competent, world-weary men grumbling their way through a plot. We’ve realized that older characters allow readers to experience a depth to the world—a whole sense of time, of stories, that happened before the start of the book. Older characters enter the story with a network of existing relationships, allies, rivals, and philosophies. That’s rich for storytelling, and widens the scope past the typical young hero’s journey.

Yes, there are older women in speculative fiction. It’s not that older women are not present in fiction, its the shortage of older women allowed to be protagonists.  Over the age of, say thirty, our options are well defined: evil queen, mother, evil step-mother, plot-adjacent witch, and various forms of wise woman passively saying cryptic things. Over a certain age, women lose even the minimal ability to change the world and are only permitted to comment on it.

Why is this the case? Is it because the idea of change, of stories, of triumph are so hard to imagine for women with grey in their hair? Is it an innate lack of interest? Is there a natural maleficence to old age?

I propose it is because the traits of our popular protagonists—dynamic, able to make decisions, assert change counter to status quo—which are seen as positive in young characters and older men, are valued as negative in older women. A protagonist needs power, and the stories of women and power have, historically, been cautionary. An older woman who has a past must have done something shameful. An older woman who makes a decision and attempts to gain power to affect change must have harmful or self-serving motives. We can be villains, not heroes.

What are we losing, with that? What kind of tales are we telling ourselves? That if the unicorn does not come for us when we’re a child, then we are a tragedy, a story of time wasted?

That’s what some readers take from The Last Unicorn, but they’d be wrong. They’d forget that Molly Grue is, arguably, one of the most dynamic heroes in Peter Beagle’s tale. She is the one that takes action in the castle, who speaks up to a king, who sees what needs to change. Because the unicorn didn’t come for her when she was young, she developed the grit and the strength to see what needs doing and do it.

So in the end, maybe Molly Grue isn’t such a bad person to become. Flinty, smart, and steady for the years. We need the stories of Molly Grue, of Granny Weatherwax and Nanny Ogg, of Turyin Mulaghesh, and Berith the Fallen and hundreds of others to pave the way. To tell the tale of women who change the world, for the better, at any age.

And to give that unicorn hell when it comes. 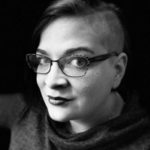 A.J. HACKWITH is (almost) certainly not an ink witch in a hoodie. She’s a queer writer of fantasy and science fiction living in Seattle, and writes sci-fi romance as Ada Harper. She is a graduate of the Viable Paradise writer’s workshop and her work appears in Uncanny Magazine and assorted anthologies. Summon A.J. at your own peril with an arcane circle of fountain pens and classic RPGs, or you can find her on Twitter and other dark corners of the Internet.