What Is It About Frenemies?

The frenemy relationship is popular literature, but why? Author Karen White explores.

By KAREN WHITE • 3 years ago 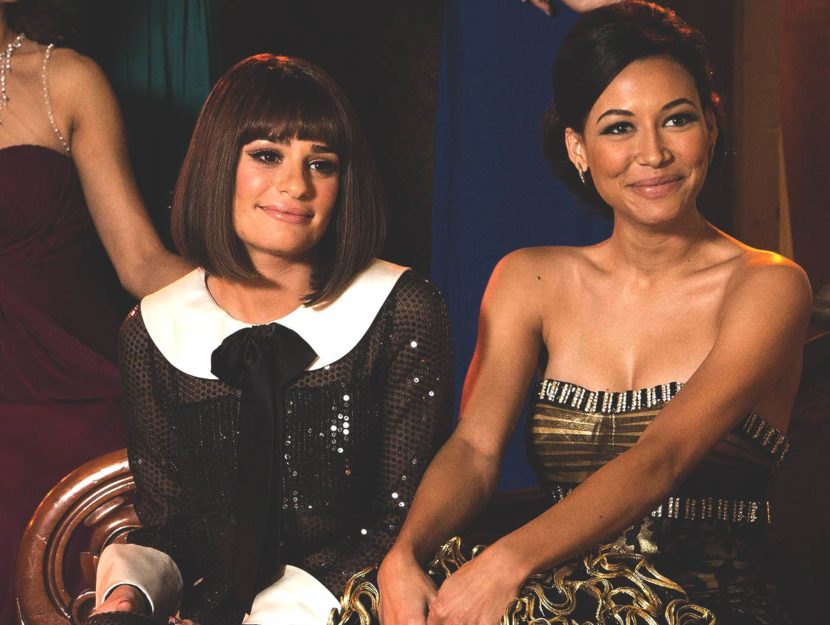 Ah, frenemies. The blend of two diametrically opposed words: friend and enemy. Literature and Hollywood are full of these relationships. If you’re a Star Wars fan (as I am), who can forget Obi-Wan Kenobi and Anakin Skywalker in the final scene of Revenge of the Sith, when Obi-Wan walks away from his (seemingly) mortally wounded friend? Beloved author Jane Austen wrote about frenemies in the relationship between Elinor Dashwood and Lucy Steele in Sense and Sensibility. There’s no fight to the death, but the poison-laced interactions between these supposed friends is almost as lethal as a lightsaber—and just as heartbreaking.

What is it about frenemies that our bookshelves and cineplexes are full of stories peopled with them? Next to the parent-child bond and the relationship between spouses, there’s nothing we hold more sacred than soul-baring, secret-sharing friendships. We gravitate toward friends in our peer groups from the moment we learn how to walk, and the desire to relate and to belong is a lifelong quest. Maybe that’s why a betrayal of the friendship contract is universally familiar and appalling. Like rubbernecking at a crash site, it’s human nature to want to witness vicariously—and from a safe distance—somebody else’s pain within the pages of a book, whether you’re reading one or writing one.

In my book The Night the Lights Went Out, Merilee Dunlap is recently divorced and has moved herself and her two young children to a new house and a new school. Merliee knows no one and is desperate to make a friend. Maybe too desperate. She meets fellow mom Heather Blackford, and—easily charmed by the glamorous young mother’s seemingly perfect life—finds herself drawn into Heather’s orbit. In a world where appearances are everything, the greatest deception of all is discovering just how dangerously misleading appearances can be.

I’ve loved writing about frenemies just as much as I’ve enjoyed reading about them in some of my favorite books. There are many, but here are my top four:

1. Gone with the Wind by Margaret Mitchell 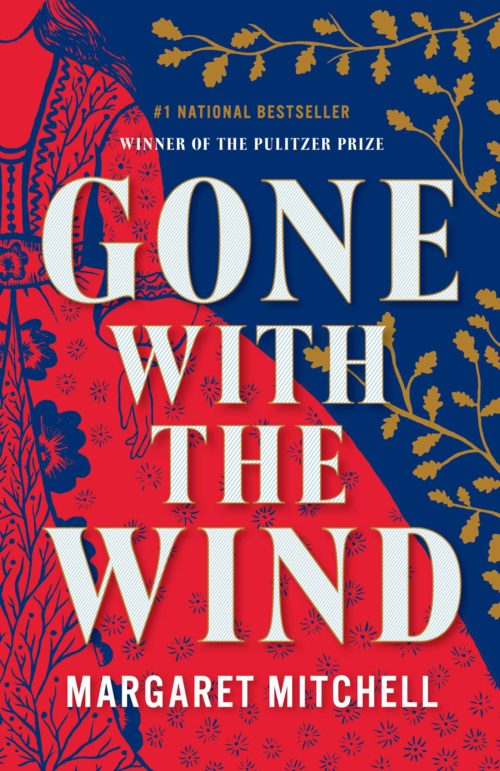 I’d be remiss in composing a list of frenemies books if I didn’t include the classic Gone With the Wind. Sure, the book is about a dying way of life and a bloody civil war, but to me the book will always be about Scarlett and Melanie and their complicated friendship. Scarlett thinks she’s in love with Melanie’s husband, and can’t understand why Ashley would choose the “pale-faced mealy-mouthed ninny” over her. Yet Melanie only ever thinks of Scarlett as strong. Although physically not as robust as Scarlett, Melanie’s just as tough mentally, something that Scarlett eventually recognizes. And it’s Melanie who helps Scarlett hide the murder of the Yankee soldier, earning Scarlett’s admiration. Sadly, Scarlett doesn’t realize what a steadfast friend Melanie has always been, and how much she loves Melanie until the end, on Melanie’s deathbed. I still cry just thinking about that scene! And that, dear reader, is what makes a timeless and great novel, even if you think it’s about much more than a friendship.

2. The Kite Runner by Khaled Hosseini

Number two on my list is one of my favorite books of all time, The Kite Runner. This is a book that still grips my heart every time I think about it. The gorgeous writing is enough to put this high on any list, as if the story of two young boys growing up during tumultuous times in Afghanistan and the rise of the Taliban isn’t enough to pull in the reader. But the shining crown of this amazing novel lies in the friendship between Amir and his best friend, Hassan. Raised together almost as brothers, the first word Hassan speaks is “Amir.” They’re inseparable, until one betrays the other in a horrible way, and then spends the rest of his life seeking atonement and redemption. I still read passages from this book for inspiration in creating a story that will sear the human heart and leave a permanent mark.

3. The Paris Wife by Paula McClain 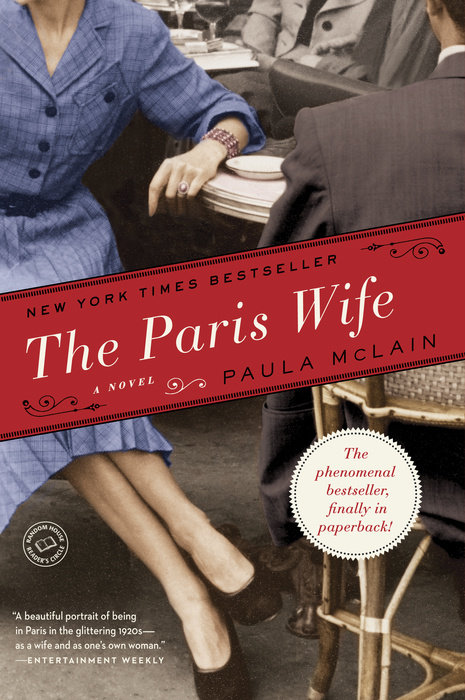 The Paris Wife is on my list because it involves not one betrayal, but two—of the worst kind. Betrayal of a spouse by having an affair is difficult to fathom. But when the affair is with the heroine’s friend, it becomes nearly unbearable. The book centers around Ernest Hemingway’s first wife, Hadley Richardson. The story of how they meet and fall in love makes the reader believe this is The Real Thing—it’s his first wife, after all, the wife we’d like to imagine he always missed when marrying all those other wives. I suppose that’s why his affair with Hadley’s friend Pauline is so devastating. Rule Number One of friendship is: you don’t mess with your best friend’s guy. And you certainly don’t marry him, as Pauline does.

4. If You Knew Her by Emily Elgar 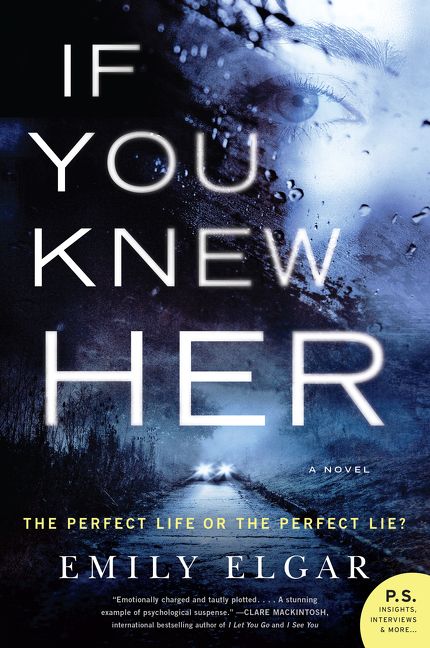 This one belongs on this list because it’s another double whammy of spouse/best friend betrayal. I suppose it stands to reason that the same things we find attractive in our best friend are probably the same things we find appealing about our spouse, so it’s natural for there to be a bond between spouse and best friend. But when an affair begins between the two—and then continues over a period of time, while best friend is supposedly supporting you through the ups and downs of your marriage—that’s like rubbing salt in the wound. But the real kicker in this book (spoiler alert) is the frenemy betrayal from another completely unexpected source: the heroine, Cassie, is deceived by the three people who are supposed to love her the most. The reader’s so appalled and surprised, flipping the pages faster and faster to see who gets their comeuppance–and then sighing contently when it happens, thankful that Cassie has been vindicated.

Every book on my list has one thing in common: betrayal. Why are we as readers and moviegoers so compelled to watch people who supposedly love each other inflict such permanent wounds? Is it so we can tell ourselves it could never happen to us? Or to prepare ourselves for when it does? Or maybe it’s our desire for justice, to witness karma putting the boot in someone’s backside that we find oh so satisfying.

Relationships are complicated. Yes, we choose our friends, but do we really know them? As Sugar Prescott, the 93-year-old matriarch in The Night the Lights Went Out tells Merilee, “You can’t tell the size of the turnips by lookin’ at their tops.” Friends and strangers alike are wont to only show you the part of them they want you to see. It’s up to us to distinguish between the friends who keep our secrets and the friends who keep us guessing until it’s too late. Maybe that’s why we enjoy books about frenemies: so we’ll know how to tell the difference when it happens to us. 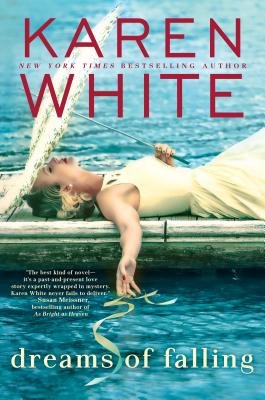 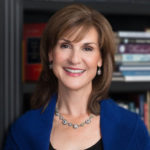 KAREN WHITE is the New York Times bestselling author of more than twenty novels, including the Tradd Street series, The Night the Lights Went Out, Flight Patterns, The Sound of Glass, A Long Time Gone, and The Time Between. She is the coauthor of The Forgotten Room with New York Times bestselling authors Beatriz Williams and Lauren Willig. She grew up in London but now lives with her husband and two children near Atlanta, Georgia.

KAREN WHITE is the New York Times bestselling author of more than twenty novels, including the Tradd Street series, The Night the Lights Went Out, Flight Patterns, The Sound of Glass, A Long Time Gone, and The Time Between. She is the coauthor of The Forgotten Room with New York Times bestselling authors Beatriz Williams and Lauren Willig. She grew up in London but now lives with her husband and two children near Atlanta, Georgia.