Suddenly, at 40 years old, I moved to Luxembourg for my wife’s job. For the first time in the quarter-century since graduation, I had zero friends.

By Chris Pavone, author of The Accident • 7 years ago

When I was seventeen years old, I left home for college. There were a few thousand students in my class, all in the same situation: we didn’t know what we were doing, and didn’t have any friends. This happens every year, at every university, everywhere; universities are institutionally equipped to solve this problem.

So I made new friends. Some were great friends, kept for decades; some were discarded almost immediately. Most were in between, hundreds of people with whom I’d shared a literature lecture or a history seminar, a dormitory hall or a ski trip to Vermont, a dance-floor kiss or too much to drink.

Four years later I moved back to New York City, along with a great many of these classmates, who continued to be friends. I added friends at my first job, then a new job came with new friends; my wife arrived with a whole set; a new apartment in a new neighborhood, a country house with weekend friends, children with parents-of-children friends . . . Friends presenting themselves to me by the coincidence of geographical or social proximity, for a couple decades.

This is how a life fills up with people, especially for someone like me, born and bred and living in the same place.

But then suddenly, at 40 years old, I left that place and moved to Luxembourg for my wife’s job. For the first time in the quarter-century since graduation, I had zero friends. I didn’t know how to do many of the things I needed to do—throw away the household garbage, register the dog, get a parking permit, speak French, be a full-time stay-at-home parent.

Or make friends. I’d never really done that before. The university infrastructure—dormitories and fraternities, roommates and classmates, dining rooms and lecture halls, smokers and mixers—hade done the job for me, and then my social network had rolled forward, gathering and discarding friends down the hill of life.

But now it came crashing to a halt. I didn’t know anyone. My wife worked incessantly; my children were little; my dog was a dog. I was alone.

I needed to make new friends. It had never occurred to me that this would be a problem, because this had never been my problem. But now I apparently needed to walk into a roomful of people I didn’t know, stride up to one—any one—and say, “Hi, I’m Chris.”

I smiled far more frequently and insincerely than I wanted to. I joined a tennis club. I went to French classes, cooking classes, wine tastings. I became a class parent and spent far more than the necessary amount of time at my kids’ school.

I sat in playgrounds, making small talk with strangers on park benches. I discovered that as a rule expats are a self-selecting group of friendly, outgoing people. And Luxembourg was a city full of expats; half the residents were from somewhere else. So the small-talking strangers were, for the most part, nice about it.

But one woman wasn’t. She was a fellow American, but she wouldn’t tell me exactly where she was from, or indeed specifically anything, deflecting my questions, providing vague answers. I was a little insulted by her behavior, but also amused, intrigued. I wondered what she was hiding, and why. Had she or husband done something horrible back in nonspecific America?

Were they trying to reinvent themselves here in nonspecific Europe? Were they criminals, maybe?

Or another thought occurred to me: Surely here in Luxembourg—the private banking center of the world, one of the E.U. capitals, a city filled with diplomats and bankers and expats—there were people whose job it was to surreptitiously gather information about other people. Maybe she was one of them. Or maybe her husband? Perhaps one of them was a spy! Perhaps the other didn’t know it!

I never came across this woman again. But my imagination did, while I was in the middle of writing a novel about a woman who moves abroad to follow her husband’s career, and finds herself friendless, lost, undefined, suddenly a stay-at-home parent to little children, making small-talk with strangers on park benches. When I remembered this evasive American, it occurred to me that the fictional character of mine could be in Luxembourg for a completely different reason than it at first appears. In fact, she could be a completely different person than she at first appears.

That novel of mine evolved into an espionage thriller called The Expats. My second, The Accident, is about someone who has spent a lifetime in the New York publishing business, about the interconnected back stories of friendships forged and decisions made back in college, when everyone arrives all at once, making new friends.

RIFers! Have you ever been in a situation as an adult when it was tough to make new friends? 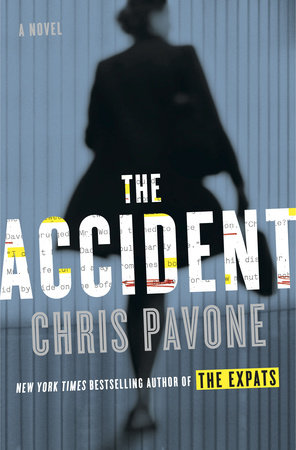 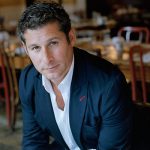 CHRIS PAVONE is the author of the New York Times-bestselling The Expats, winner of the Edgar Award. He was a book editor for nearly two decades and lives in New York City with his family. Visit him online at ChrisPavone.com.

About Chris Pavone, author of The Accident

CHRIS PAVONE is the author of the New York Times-bestselling The Expats, winner of the Edgar Award. He was a book editor for nearly two decades and lives in New York City with his family. Visit him online at ChrisPavone.com.