Why Millennials Are Going Deeper When Reading About Astrology

Astrology is part of a 2.2 billion dollar industry—and it's growing every day. Here's why.

By JESSICA LANYADOO and T. GREENAWAY • 1 year ago 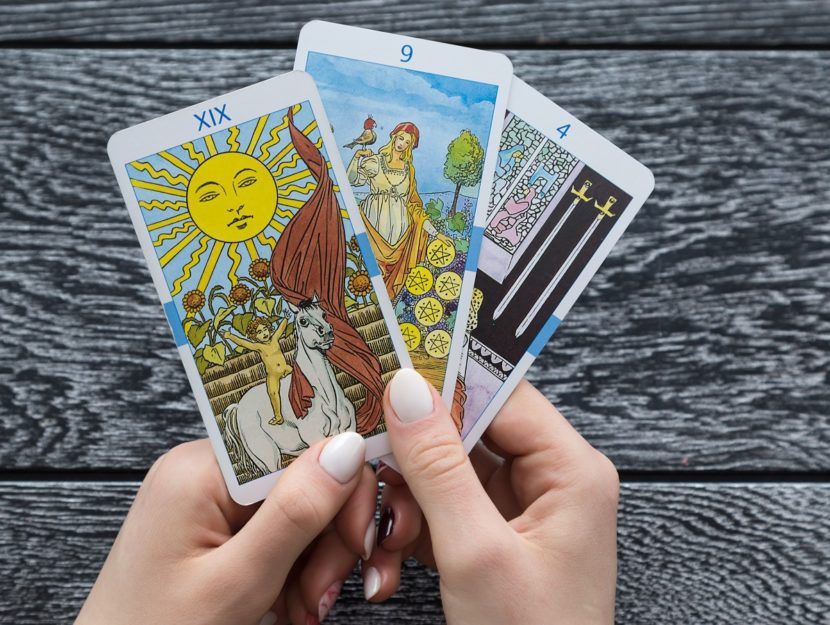 Astrology is experiencing a renaissance! According to The Verge, the “‘mystical services’ market, which includes astrology… is now a $2.2 billion industry.”

Horoscopes aren’t new, but as more and more Millenials and members of Gen Z integrate the ancient practice of astrology into their daily lives, their interest in reading more in-depth astrology content has also grown.

Not very long ago, if you were interested in astrology that probably meant that you read your horoscopes in newspapers and magazines, enjoyed picking up pop astrology books focused on your Sun sign, and compared notes with friends about what it meant to “be” an Aries or a Libra.

In 2019, all that has changed. Now, a whole generation is seeking out astrology on a much deeper level—and it goes way beyond “your signs” (when people refer to star signs, zodiac sign, they are referring to their Sun sign, aka where the Sun was on the day of their birth).

Central to astrology is the interpretation of the movement of 10 planets through the zodiac, and relative to earth. The Sun sign is only one part of a person’s birth chart. There are nine other planets in the chart that play equally critical roles in determining who we are and how we are likely to respond to the world.

The “inner planets” (the Sun, the Moon, Mercury, Venus, Mars) are quicker moving and relate to our moods, while the “outer planets” (Jupiter, Saturn, Uranus, Neptune, and Pluto) move slower, and their impacts are more societal and generational. They can also tell us about issues as complex as our inherited trauma, and our inherited wealth. This is a generation that understands the value of all parts of their experience, and are looking to empower themselves with personalized inspiration and tools.

Sun sign horoscopes are the prom queens of pop astrology. They’re well-loved and accessible but can keep things on the surface. The movement of the Sun through the zodiac is like clockwork. Sun sign horoscopes get so much action because of the predictability of this movement—one zodiacal degree every day, making it easy for the layperson to track and learn.

The Sun represents your will, your identity, and your sense of self; your Sun sign signals a meaningful place in your birth chart where you like to be seen. But it’s only one piece of the puzzle. You can also look to the Moon to learn about your emotional nature and needs, Mercury for the way you think and communicate, Mars for your sexual drive and how you experience and express ambition, and Saturn for major life lessons—just for starters.

Regardless of what part of your nature you’re examining, astrology can provide you with a secret decoder ring into your own nature, and the nature of others. More and more people — especially women, non-binary folks, and queer men in their 20s and 30s—are hungry to read about what it means to use their complete birth charts to understand themselves, whether it’s in an app or a book.

Millennials and members of Gen Z are savvy, curious, and quick to research seemingly esoteric topics. They have grown up online, and they take for granted their ability to connect with others quickly, easily, and all across the world. They’re a spiritual generation that has, by and large, rejected organized religion. In my experience, they’re also more open to energetics—or that which cannot be seen—than many other generations that have come before them.

Working with the planets is also deeply validating for a generation that is up against a formidable set of political, environmental, and existential challenges. And if you dig in deep enough, astrology offers an explanation of precisely what’s happening, why it’s happening now, and how long it will last. It can also lay out what lessons we have to learn from the challenges of the moment.

Astrology captivates these readers because while it can seem mystical, it’s actually based on math, and with enough research, it can all be explained. It offers a unique opportunity to find out precisely why you are the way you are—much like peeking at the code behind an app or website.

Interest in astrology is cyclical; it often rises to the surface of our culture during uncertain times. When people are concerned about what comes next and want to feel like there’s a larger order but don’t trust the existing powers that be—these are the times when large percentages of the population have turned to astrology.

The last time Sun sign astrology rose to popularity, it happened alongside the growth of women’s magazines in the 1960s and 70s. And while it never went away, it was far from the mainstream for much of the 80s and 90s.

Now, it’s on fire—and the internet has played a key role. Not only have most media outlets begun running regular horoscopes, but the thirst for astrological content has grown to encompass a wider range of information about the birth chart all across the media spectrum. Nearly every week, I field at least one interview a reporter or podcast hosts—from Refinery 29 to Bustle, Vice, and Oprah Magazine—looking to understand why so many people have turned to the stars for answers.

The best evidence that young readers are hungry to learn about the complexities of astrology is the mail I receive every week from the listeners of my show, Ghost of a Podcast. Every week I answer one listener’s question and as I write this, I have thousands of questions waiting for me in my inbox. What’s striking is that the majority of those questions are written by people who have an understanding of the houses and the planets and they’re really hungry to learn more.

When I started putting together my new book, Astrology for Real Relationships, I was aware that no one else had written about relationships (the heart of what most people come to astrology to understand) in the context of all ten planets. And yet, this book didn’t exist before because people weren’t ready for it before now. Now, younger readers are looking for a nuanced, feminist, intersectional, modern-day understanding of astrology that applies to their relationships with others, as well as their relationship to themselves.

That shouldn’t be surprising; the way our culture changes has always been reflected in astrology, and young people have always led the way.

About JESSICA LANYADOO and T. GREENAWAY

JESSICA LANYADOO and T. GREENAWAY are the authors of the book Astrology for Real Relationships, which is a modern, inclusive guide to astrology that will illuminate your love life as well as your relationships with your family, your friends, and yourself. Jessica Lanyadoo is an astrologer, psychic, medium, intuitive counselor, and tarot card reader and T. Greenaway is a journalist, poet, and editor who has been writing and editing for nearly two decades.