By ALISON FREER • 3 years ago 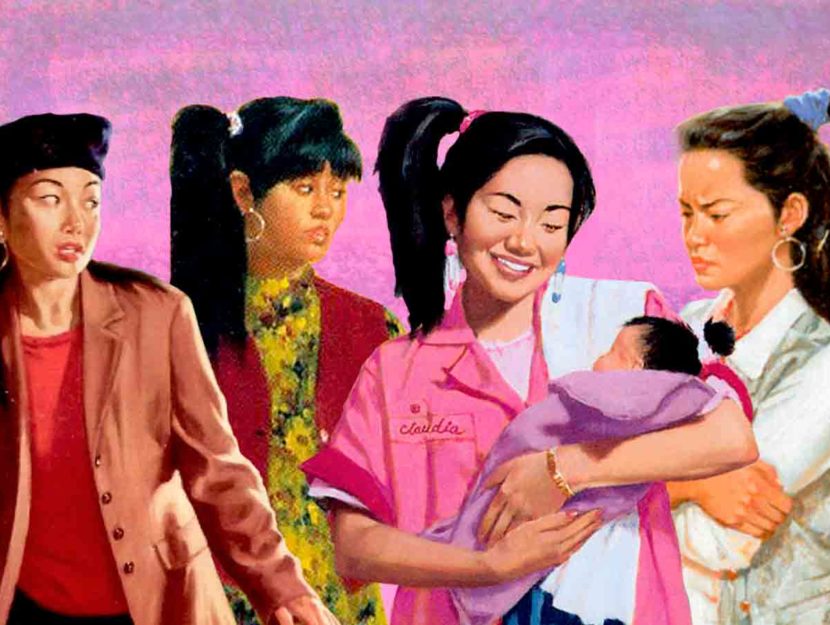 I’ve always been a girl who embraced my own specific look. In the fifth grade, I wore black knee-high socks with my grandfather’s musty old cardigans in a sea of floral Laura Ashley dresses. Fashion wasn’t something I did to “fit in,” it was something I did to please myself and make those around me sit up and take note—for I was not like them, and don’t ever mistake me as such.

It was only years later as I put the finishing touches on my second book, The Accessory Handbook, that I realized just how much my personal style (and the style of the characters I dress for films and television as a costume designer in Hollywood) had been influenced by a slew of non-conformist literary fashionistas.

My favorite fashion icon ever is probably Pippi Longstocking (formally known as Pippilotta Delicatessa Windowshade Mackrelmint Ephraim’s Daughter Longstocking), whose signature style included wearing two different socks and appearing to braid her hair around a pair of pipe cleaners. Pippi’s non-conformist streak wasn’t limited to her fashion choices, though—she skewered pompous adults left and right, confronting the owner of a shop advertising relief for those “suffering” from freckles and heading to town with exaggerated eyebrows, painted-on red lips, and a slinky evening gown in protest of how women were meant to dress in order to be thought of as a “proper lady.” She didn’t suffer from freckles any more than she cared about being thought of as proper, and her clothing and accessory choices were shorthand for that.

Pippi was the first fashion rebel I was exposed to as a voracious child reader, staying up late with the lights on to read one more page of classics like Pippi Goes on Board and Pippi in the South Seas. It wasn’t until recently that I realized my habit of wearing two different socks at all times (even when matched pairs are sitting front and center in my sock drawer) was a subconscious ode to Pippi, whose natural tendency to thumb her nose at both societal and fashion norms was a radical feminist act—way before feminism became just another product to be bought and sold.

Pippi’s wide-ranging influence isn’t limited to just my current fashion sense: Swedish crime novelist Stieg Larsson based Lisbeth Salander, the character at the center of his 2005 novel, The Girl with the Dragon Tattoo, on the idea of a grown-up Pippi. He saw that the free-wheeling, nine-year-old Pippi would morph into a woman with unapologetic, unconventional personal style who would wind up directing her own destiny, just as Lisbeth did. (Don’t tell Lisbeth this, though: “Somebody’d get a fat lip,” she says, “if they ever called me Pippi Longstocking.”)

Descriptions of a character’s fashion sense or personal style are meant to paint a broader visual picture for the reader, but I’ve got a theory that those descriptions also wind up informing the way readers think about and relate to their own clothing and accessories. Everyone reads the strand of pearls and iconic little black dress Audrey Hepburn wore in the film version of Breakfast at Tiffany’s as shorthand for class and taste, but in the 1958 novella by Truman Capote (set in the 1940s), Lulamae Barnes (Holly Golightly’s real name; she renamed herself after running away from her Texas home for New York) was a scandalous fashion non-conformist.

Holly’s conservative pearls juxtaposed over what was, at the time, a somewhat scurrilous dress (black was reserved for older women who projected an element of danger, while young women such as Holly were meant to wear cute, young things with bright colors and patterns) is probably the original high-low fashion mashup, one that I’ve mimicked over the years myself—wearing a voluminous taffeta dress with combat boots to my senior prom and pairing my graduation pearls with a torn-up black metal band T-shirt to let the world know I’m forever part good girl, part bad.

Choosing not to wear what the world thinks you should wear may not sound like a radical act, but characters like Francesca Lia Block’s Weetzie Bat (from the 1989 young adult classic named for the protagonist) used her unconventional personal style to introduce teenagers like me to real-life issues like AIDS and gay marriage, at a time when you couldn’t just log on to the internet to learn about such things. Weetzie made it OK for me to be a fashion weirdo in a conservative Texas town, and this description of her epic DIY first-day-of-school look (as observed by her soon-to-be-BFF Dirk) is forever burned into my mind when I open my closet every morning:

On the first day of the semester, Dirk saw Weetzie in his art class. She was a skinny girl with a bleach-blonde flat-top. Under the pink Harlequin sunglasses, strawberry lipstick, earrings dangling charms, and sugar-frosted eye shadow she was really almost beautiful. Sometimes she wore Levi’s with white-suede fringe sewn down the legs, sometimes old fifties’ taffeta dresses covered with poetry written in glitter, or dresses made of kids’ sheets printed with pink piglets or Disney characters.

4. Carrie Bradshaw, Sex and the City by Candace Bushnell

Even Our-Lady-of-the-Manolo-Heel, Carrie Bradshaw was a far zanier dresser in the original Sex and the City novel by Candace Bushnell than the eventual HBO show would have us to believe: the shoes Carrie wears are described by Bushnell not as sky-high stilettos that cost as much as a used car, but whimsical, unusual pairs like white patent leather boots and 1950s-style satin pumps (“You look like a newscaster,” Samantha tells her at one point). Carrie’s shoes are essential to her personal style, but shoes are really just functional devices that help you navigate the world. One of my favorite books from childhood, Are You There God? It’s Me, Margaret, warns of the dangers in store for your poor feet if you blindly follow fashion:

“Oh, listen, Margaret,” Nancy said. “On the first day of school wear loafers, but no socks.”

Cut to Margaret and her aching, blistered feet a few pages later, when she finally gets to school and sees that girls are wearing knee-high socks anyway.

5. The Lisbon sisters, The Virgin Suicides by Jeffrey Eugenides

Jeffrey Eugenides’ five Lisbon sisters in The Virgin Suicides definitely don’t follow the status quo when they head en masse to homecoming in prairie-inspired gowns instead of the pale, silky numbers that were fashionable in the mid-1970s:

The girls are lined up in their party dresses, shoulder to square shoulder, like pioneer women. Their stiff hairdos…have the stoic, presumptuous quality of European fashions enduring the wilderness. The dresses, too, look frontier-ish, with lace-trimmed bibs and high necklines.

The Lisbon sisters might have been thought of as weird at the time, but Trip Fontaine was sold on the look, and the fact that prairie dresses are now everywhere is proof that taking fashion cues from your favorite books will eventually result in you being bang-on trend.

Every character I’ve name-checked here has had some sort of influence in the forming of my current personal style, but none of them as much as the great Claudia Kishi in The Baby-sitters Club books. The idea behind Urban Outfitters was clearly to open a store that sells whatever Claudia Kishi would wear, because the very first time we meet her, in Kristy’s Great Idea, she’s described as wearing “short, very baggy lavender plaid overalls, a white lacy blouse, a black fedora, and red high-top sneakers without socks.”

The ultimate wear-whatever-the-heck-you-want girl, Claudia’s tendency to “buy belts made of feathers and wear knee-socks with palm trees on them” is clearly never far from my mind. I’m forever wearing candy-colored alphabet necklaces meant for children with my proper grown-up clothes and recently recreated one of my favorite Claudia looks (also from Kristy’s Great Idea) to the delight of absolutely no one but myself:

“Claudia was wearing a baggy yellow-and-black-checked shirt, black pants, red jazz shoes and a bracelet that looked like it was made from a telephone cord. Her earrings were dangling jointed skeletons that jumped around when she moved.”

As Oscar Wilde’s Lord Goring said in An Ideal Husband: “Fashion is what one wears oneself. What is unfashionable is what other people wear.” 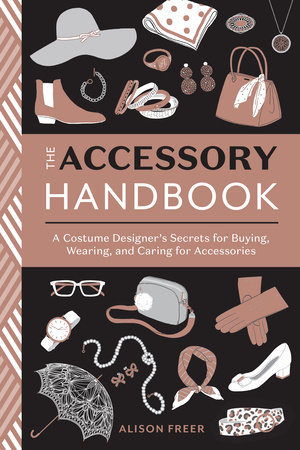 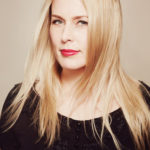 ALISON FREER is an in-demand costume designer living and working in Hollywood and is the author of the New York Times best-selling How to Get Dressed. She was the longtime fashion writer for xoJane and is a permanent contributor to Food52 and New York magazine’s The Strategist.

ALISON FREER is an in-demand costume designer living and working in Hollywood and is the author of the New York Times best-selling How to Get Dressed. She was the longtime fashion writer for xoJane and is a permanent contributor to Food52 and New York magazine’s The Strategist.