Author Howard Jacobson gives Read It Forward a peek into his glass-enclosed writing space in London.

By Howard Jacobson • 5 years ago

Like most writers, Manchester-born and London-based author Howard Jacobson is very particular about where he writes. Jacobson, who is the author of five works of nonfiction and several novels, elects to write in a glass-enclosed space that looks out at London’s rooftops. It is here in this retreat, surrounded by books, that he has penned novels like J, a darkly funny love story set in a dystopian landscape, and most recently, Shylock Is My Name, a modern reinterpretation of Shakespeare’s The Merchant of Venice, which will be published on February 9, 2016. Here, Jacobson gives Read It Forward a behind-the-scenes look at his writing space. 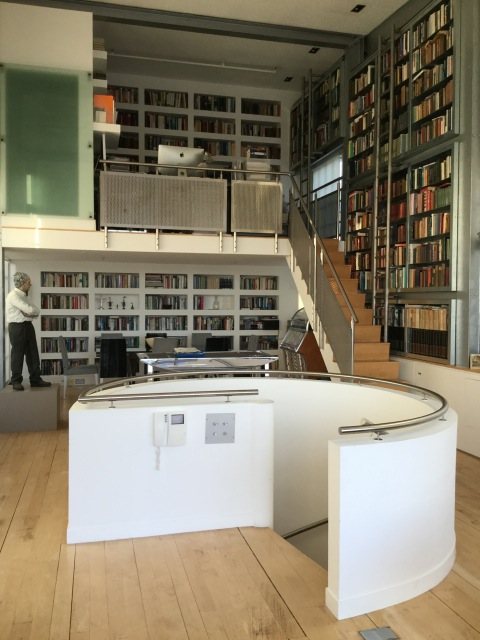 I work at the top of a loft apartment which is itself at the top of a converted building in London’s Soho.  It feels like an eyrie, though I don’t think of myself as bird. 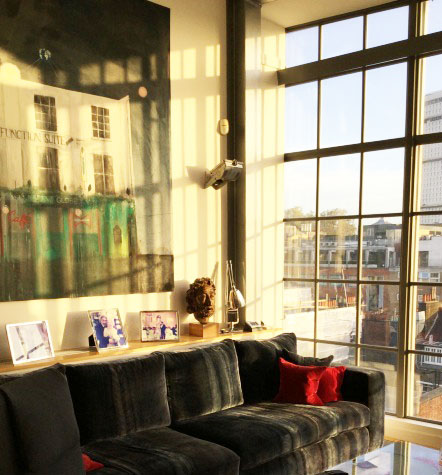 Apart from my books, which are mostly old and musty and still begging to be read, all is light, sky, steel and glass.  This is more my wife’s taste than my own—my fancy was always for a shuttered, oak-paneled misanthropist’s study with wine dark carpet on the floor—but I am, as befits someone whose subject is self-doubt, a graceful capitulator.  And this space has served me well for the last fifteen years, the most productive period I’ve known since I began as a writer nearly forty years ago. 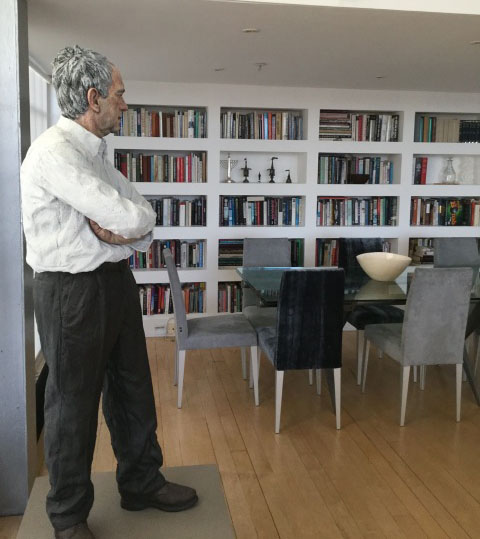 As I am an entirely indoor person and do all my thinking and writing at the desk—only there, in the act of putting words down do I find the words I want—such alien illumination from the outside has surprised me, I cannot say for sure into writing differently but certainly into setting about writing with more alacrity.  If I don’t skip up the stairs to my desk on the mezzanine floor, that is only because my legs aren’t up to it.  In my spirit, I skip. 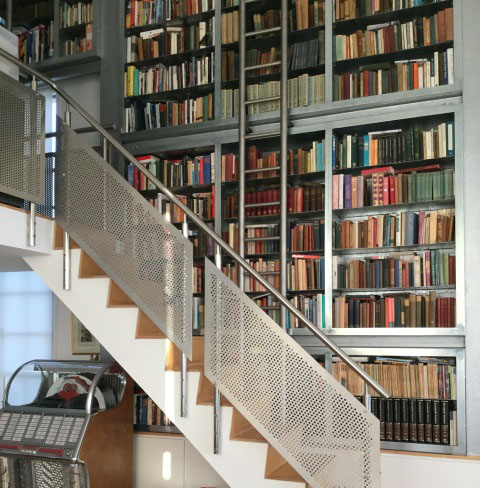 Most writers begin by begrudging the time they must spend away from the enticements of the great world, and I would probably have gone on begrudging but for the airiness I enjoy and the tumult of London coming to me, silenced, through the floor-to-ceiling windows that face me as I sit at my computer. 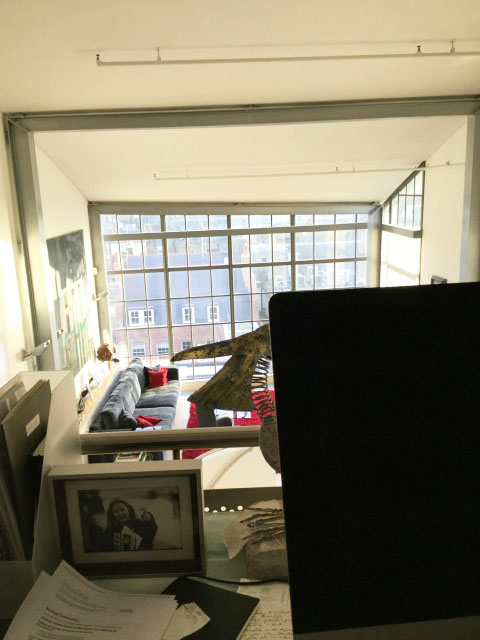 I raise my eyes above the screen, see the sloping rooftops and the smoke from chimneys and the frenetic cranes, idle a little, then lower my gaze again.  It is good not to feel I am wearing out my years amid the odor of old books and the sadness of unanswered letters like a hermit who knows he long ago made the wrong decision, which might well have been my fate had I walled myself up in that wine dark cell of misanthropic fancy. 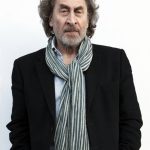 HOWARD JACOBSON has written fourteen novels and five works of non-fiction. In 2010 he won the Man Booker Prize for The Finkler Question and was also shortlisted for the prize in 2014 for his most recent novel, J. Howard Jacobson’s first book, Shakespeare’s Magnanimity, written with the scholar Wilbur Sanders, was a study of four Shakespearean heroes. Now he has returned to the Bard with Shylock Is My Name, a contemporary interpretation of The Merchant of Venice.