A Novelist Admits Some of His Key Influences Come from TV

P.D. Viner reveals his TV influences and the many working titles he considered for his debut novel, eventually (evocatively) titled The Last Winter of Dani Lancing.

By P.D. Viner, author of The Last Winter of Dani Lancing • 7 years ago

Even though I have been a novelist for what seems like only ten minutes, I already see a theme emerging in the questions people ask me about my writing. The most popular being: Where do you get your ideas from? And, what influenced you in the writing of this book?

Well, I can pinpoint the very moment I got the idea for The Last Winter of Dani Lancing, and it also speaks to my influences.

I was given a writing exercise by my great friend Catherine Smith. Her challenge was to update a Grimm’s fairytale to the present day. So I read a number of the dark tales and I was struck by an idea. In one story, a person was murdered, and three drops of their blood fell onto the floor – these drops of blood shouted out that they had been killed; they bore witness to their fate.

That seemed to me to be just what modern-day DNA testing does for us: it leads you straight to the killer. In fact, the working title of my novel was: Three Drops of Blood.

I knew that would not be the final title though, and the next title I chose for it, was also influenced by my reading. I am a great fan of Kate Atkinson’s four Jackson Brodie novels, and in the third there is a reference to how love can be ferocious. So, when I sent the book out to an agent it was titled A Ferocious Love.

I got an agent – but they really didn’t like the title. I still like it, though, as it seems to me that the novel is all about the ferocity of love: what parents, or a partner, will do for love; how, when we are cornered, we will ferociously fight for those we love. The first of the Brodie novels also has a fractured timeline (like my novel) and a claustrophobic sense of the past weighing down on Jackson. I love that and feel a strong kinship between Case Histories and my own novel.

The other key influence I would have to include is a TV show, the amazing Danish production The Killing. It was re-made by U.s. TV (and I have not seen that version) but the Danish show is a triumph. The series consists of 20 one-hour episodes and moves slowly but grips all the way. Not only do we see the police side of the story but we are also deeply embedded in the parent’s lives, all the way through to the stunning denouement.

Oh, and I cannot forget a TV show that is seared into my memory from childhood. The BBC serial Edge of Darkness. I didn’t consciously think about it, until my novel was almost complete, but in the show the father and daughter relationship is so special and similar in some ways to mine, in The Last Winter of Dani Lancing, that I know it sat in my head and whispered to me.

That is one of the very best things about becoming a crime writer: that my characters are now out in the world. Maybe Dani and ‘The Sad Man’ will influence writers to come. We all join together in an amazing 200-year tradition of thrills and spills, mystery and solution and crime and punishment . . . . I feel so honored to be a part of that. 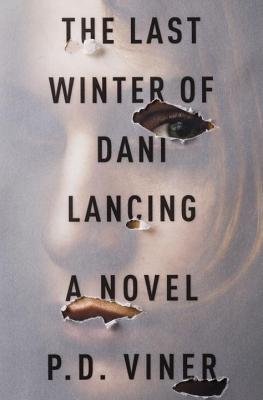 P.D. VINER is an award-winning film-maker who has studied and worked in the USA, New Zealand, Russia and Japan. He now lives in Brighton, UK. The Last Winter of Dani Lancing is his first novel. Visit the author online at PDViner.com and on Twitter @philviner.

About P.D. Viner, author of The Last Winter of Dani Lancing

P.D. VINER is an award-winning film-maker who has studied and worked in the USA, New Zealand, Russia and Japan. He now lives in Brighton, UK. The Last Winter of Dani Lancing is his first novel. Visit the author online at PDViner.com and on Twitter @philviner.