Congratulations, College Graduate! Now Remember: It’s Not About You

By JAY HEINRICHS • 4 years ago 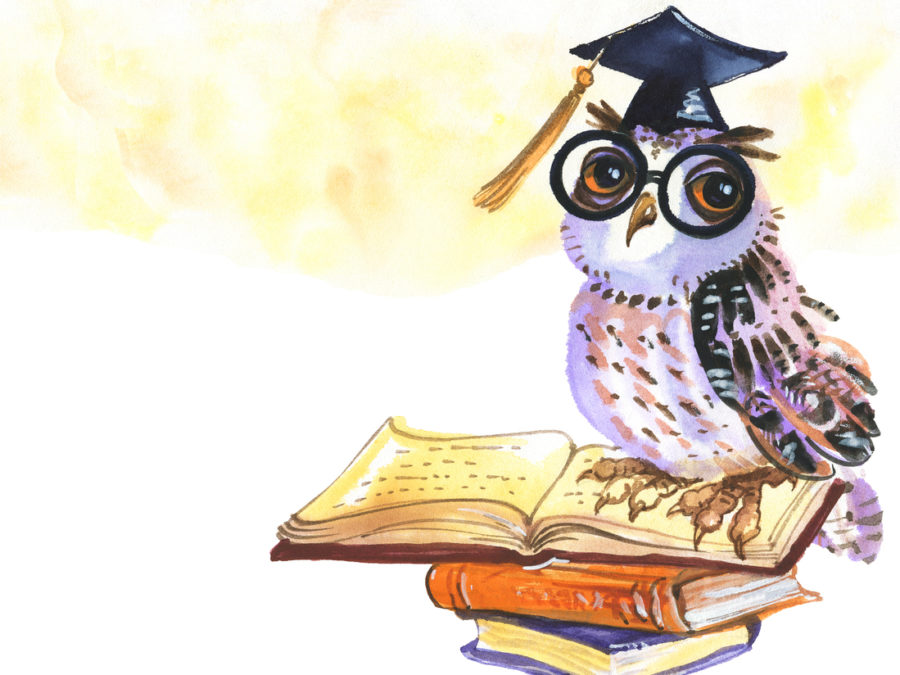 Well done you! You sweated and studied for years and years, sat through the commencement speech where some rich person tells you not to worry about money, and now you have been ejected out into the blinding world of Make Decisions and Pay off Loans.

I know, you’re probably sick of hearing wisdom from parents and geezers, but you might want to pay attention to this. It’s not the kind of advice you’ve heard before. And it’s not so much my advice as the collected knowledge from one of the original liberal arts: rhetoric, the art of persuasion. The ancients considered rhetoric the essential skill of leadership—knowledge so important that they placed it at the center of higher education. It taught them how to speak and write persuasively, produce something to say on every occasion, and make people like them when they spoke.

I don’t have to tell you that these powers can come in handy at this moment in your life. So let’s look at a few rules of persuasion, starting with the most important.

Throughout your education, teachers extolled the benefits of self-expression. But if you want to talk an employer into hiring you, or a landlord to put you at the head of the rental line, or convince someone that you’re worthy of her affections, then the expression should not be about your fine self. Instead, you need to express the beliefs, needs, and desires of your audience.

The philosopher Aristotle, who literally wrote the book on rhetoric, says that a key to persuasion is “the advantageous.” In other words, what’s to the advantage of the person you’re trying to persuade. You wouldn’t tell a prospective employer that you want to work at her company because you need the money, right? While true, it’s not very persuasive. But many applicants make the similar mistake of simply listing their sterling qualifications, making the conversation all about them. Instead, try talking about what you bring to the company—your skills, the knowledge you’ve acquired from your deep research into the organization, your work ethic that happens to be uniquely suited to the employer’s culture.

Oh, and here’s another trick: come with great, knowledgeable questions, ones designed to make the employer talk as much as possible. The more he talks, the brighter and more articulate he’ll find you. It’s human nature. Let him drone on, and chances are pretty good that he’ll write in your file that you’re a sociable person, a good fit.

2. Everyone is an audience.

While persuasion is not about you, your social media accounts are. No need to be paranoid, but keep in mind that a hilarious post about being too hungover to show up for your lame job may be seen by the wrong people.

And while we’re at it, the First Amendment only goes so far. You’ll recall that it merely restricts Congress from passing laws that restrict speech.

I once hired a young woman right out of college who parked her beat-up old car in the company lot. Its bumper sticker bragged that a local punk band violated “Your Honor Student.” When I advised her to remove the sticker—the office was located dead center in the Bible Belt—she objected that she had the right to display any sticker she wanted. I told her that the company’s owner had a right to fire her. As it turned out, she never had to remove the sticker. A coworker did it for her.

The moral: Think rhetorically. Be aware of how other people—including unintended audiences—will find your clever ironies or cheerfully obscene complaints.

Try the technique that improv actors use. They call it the “Yes, And.” When a coworker or friend says something you disagree with, don’t immediately push back. Instead, nod your head and add to the conversation, gently steering it toward your point of view.

Idiot: We should replace our coffee machine with a kombucha dispenser.

You: Yes, kombucha! We should have a kombucha tasting after hours. I’ll make sure the coffee’s fresh in case some people don’t like it.

4. Use the communication tools the higher-ups use.

If the boss text, text her back. If the boss uses emails, don’t text her. Use email.

You may hate email. That’s OK. It’s not about you. 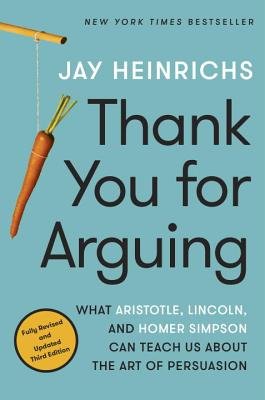 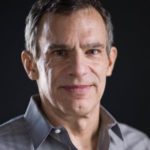 JAY HEINRICHS is the author of the New York Times bestselling book, Thank You for Arguing: What Aristotle, Lincoln, and Homer Simpson Can Teach Us About the Art of Persuasion.

JAY HEINRICHS is the author of the New York Times bestselling book, Thank You for Arguing: What Aristotle, Lincoln, and Homer Simpson Can Teach Us About the Art of Persuasion.