5 ‘Dirty’ Books that Changed Me

Flowers in the Attic, V.C. Andrews

Why does its popularity linger? The plot: four beautiful siblings are hidden in the attic so their mother could pass herself off as single and inherit a fortune. The older siblings, for lack of other prospects—they are locked in an attic!—have sex and fall in love. But despite its erotic content, I don’t think it’s the incestuous sex that has created a lasting impact. All of my friends have read it, and none of them have waxed longingly about those sex scenes, however racy. I think the book still resonates because of how the mother, Corrine, behaves when she’s liberated from her children. She’s actually . . . excited. She’s happy. She goes to parties, dresses up, dates and falls in love. She is no longer interested in being a mother of four children, and keeps the news of her own father’s death, an event that was supposed to signal the children’s liberation, secret. That’s the real revelation—that being separated from her children doesn’t ignite Corrine’s maternal instincts – it extinguishes them. And in the back of every young reader’s mind is the same fearful question: Would my parents be happier if I didn’t exist? This book taps into that primal fear, when as we come of age sexually we begin to realize that our parents were once young, too, and beautiful. They too had promise and choices! . . . until we came along. That’s just my theory anyway.

It’s more lusty than erotic (far too many “. . .” to delineate where the sex takes place). But it introduced me to the ‘plucky heroine,’ living by wits and sexual charm to stay alive and to thrive. It was also the first book I remember that introduced me to the idea that women can use sex to disarm, control and manipulate men, which when you’re fourteen seems utterly inconceivable. Seventeenth century London is also a vivid character, the city and all its changes and challenges (The Plague! The Great Fire of London! Charles II’s crazy court!) is as compelling as Amber St. Clare herself. It is, I believe, in the same league as Gone with the Wind – one of the great historical fiction masterpieces.

Of course she’s going to make the list with two of my favorite ‘dirty’ books. Outside of the infamous loss of virginity (Forever) and adultery themes (Wifey), what I remember the most about these books was how damn hard it was to get my hands on them. These were Judy Blume’s ‘adult’ books, and to get them, you had to face grown-ups at the library. These were the same grown-ups who’d enthusiastically pressed Blume’s adolescent books in your hands. But when you (gasp!) graduated to sexier themes, there you were harshly whispering to your best friend on the sidewalk outside said library that she should be the one to take out the book because she was eleven months older than you, the only time you’d concede that she actually had something over on you. So for these books, it’s not so much the content that was memorable as was the sense of graduating to higher levels of smuttiness and the attendant drama surrounding their procurement.

First, Friday’s brilliantly researched and humane study of the female psyche. After reading these meaty, (dark) lucid fantasies from women varying in ages, marital status, sexual orientation, etc, I Googled her (do it!) and watched her interviews, including one with Tom Snyder, to see why women so easily opened up to her. She’s incredible, so far ahead of her times! She talks about taking sexual initiative in sharp, sweet, smart ways; we could use more of that frank talk now.

Daphne Merkin’s essay on her spanking fetish caused a sensation in 1996 when it first appeared in the New Yorker. Here was a prominent journalist, essayist and thinker admitting she likes a bit of discipline in the bedroom. Today, given the ubiquity of fetishes on the internet, Lady Gaga, the movie Secretary, the Fifty Shades phenomenon, this admission might seem a little quaint. But at the time it was shocking, primarily because she also admitted she was no sexual dynamo. And in fact she claimed she was terribly shy, maybe a little prudish; in other words normal (whatever that is). And so many women related to this conundrum, and ate up the essay as she tried to discover from whence it came. Hint: a childhood spent accepting that “pain was the price of affection.” Lovely, painful stuff.

But of course this book has influenced me, if only to remind me what’s so darkly magical about a good dirty book. And it proved that sometimes the only way you can deliver the shock is on the page, not the screen. (Not counting avid e-readers.) Much ink has been spilled about the popularity of these books – the why and the how – the intricate dynamic between Ana and Christian and that contract. But to that I say – who cares why it’s so popular! I think erotica sells largely because people don’t tend to lend these books out. Readers have personal, passionate relations (ahem) with these books, so they’re less likely to press them into other people’s hands, and more likely to browbeat their friends into buying their own copies. That’s what I’m hearing from readers of S.E.C.R.E.T.—they’re telling their friends to buy their own. 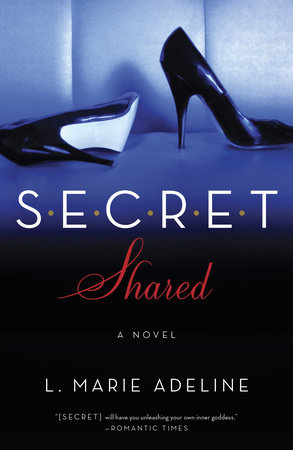 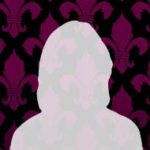 L. Marie Adeline is a pseudonym for a bestselling author. Her previous novel, S.E.C.R.E.T., is a #1 international bestseller. Visit her at SecretNovels.com.

L. Marie Adeline is a pseudonym for a bestselling author. Her previous novel, S.E.C.R.E.T., is a #1 international bestseller. Visit her at SecretNovels.com.